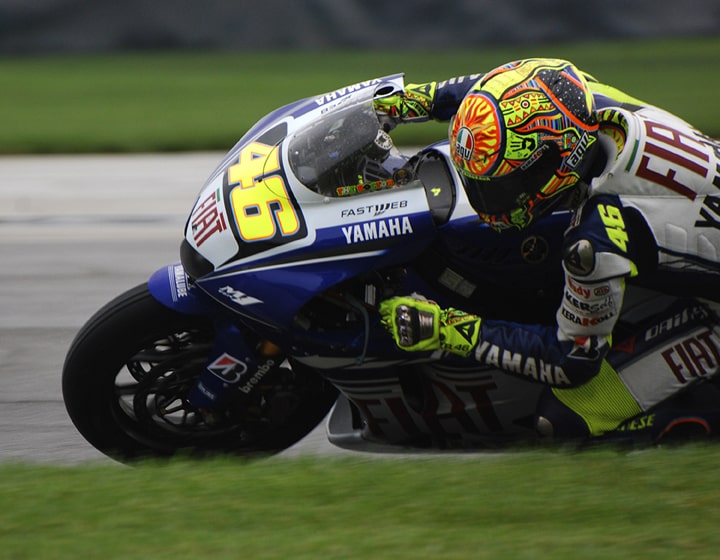 Yamaha Factory Racing sent out two press releases on the 29th of January, changing the face of its MotoGP team as it scoops up one of the hottest riders in the series, Fabio Quartararo, for the 2021 and 2022 seasons – and prepares one of its greatest champions, Valentino Rossi, for an eventual departure.

Quartararo performed very highly in his first season with Petronas Yamaha Sepang Racing team, the factory satellite squad. He scored seven podiums (five as runner-up and two third-place results), riding with a new satellite factory team. The 20-year-old from Nice, France came very close to race wins, impressing many as he took fifth place in the final standings, with Rookie of the Year honors to complement his on-track success.

Lin Jarvis, managing director for Yamaha Motor Racing, knows he’s got one of the best prospects for Yamaha’s continued success in MotoGP: “His six pole positions and seven podiums in the 2019 season were a clear sign of Fabio’s brilliance and exceptional riding skills. Fabio is only 20 yeas old, but he is already showing great maturity on and off the bike. We are excited to have him join us in 2021, as Fabio and Maverick (Viñales) will provide a big stimulus to all of us.”

Rossi has known his factory riding days are limited and the rider market is tough. He’ll be 41 in mid-February, has already raced for 24 Grand Prix seasons and earned nine world championships. While he’s still riding well, Yamaha has to look to the future. The Doctor is the most successful Yamaha rider ever, with 56 wins from 243 races, and has won four of his championships with the team.

Rossi has agreed to ride his final, 2020 season with Yamaha Factory Team and, at mid-season, decide if he wants to continue to ride on a satellite Yamaha factory team or depart the sport. Should Rossi decide he wants to keep riding competitively after the 2020 season, the manufacturer has assured him of the availability of a factory-spec YZR-M1 motorcycle and full Yamaha Motor Co. Ltd. engineering support.

Jarvis lauded Rossi’s decision to assess his competitiveness this year before deciding about the 2021 campaign, declaring that decision is one Yamaha respects. “These days with six motorcycle manufacturers in the MotoGP class, fast young talents are greatly in demand and, consequently, the riders’ market begins ever earlier. It’s a weird sensation to start a season knowing that Vale will not be in the Factory Team in 2021, but Yamaha will still be there for Valentino, whatever he may decide for the future.”

Valentino Rossi needs to assess his competitive advantages before deciding if he’s ripe for more seasons on a Grand Prix motorcycle. “Consistent with what I said during the last season, I confirmed that I didn’t want to rush any decision and needed more time. It is clear that, after the last technical changes and with the arrival of my new crew chief, my first goal is to be competitive this year and to continue my career as a MotoGP rider, also in 2021. Before doing so, I need to have some answers that only the track and the first few races can give me.”

Keeping it “all in the family,” former Yamaha rider Jorge Lorenzo returns to the fold as a test rider for the 2020 season; Lorenzo won all three of his premier class titles with Yamaha Factory Racing in 2010, 2012 and 2015. He most recently rode with Ducati. While no wild card rides for Lorenzo are planned, Yamaha is open to that possibility, the team said.

About Anne Proffit 799 Articles
Anne Proffit traces her love of racing - in particular drag racing - to her childhood days in Philadelphia, where Atco Dragway, Englishtown and Maple Grove Raceway were destinations just made for her. As a diversion, she was the first editor of IMSA’s Arrow newsletter, and now writes about and photographs sports cars, Indy cars, Formula 1, MotoGP, NASCAR, Formula Drift, Red Bull Global Rallycross - in addition to her first love of NHRA drag racing. A specialty is a particular admiration for the people that build and tune drag racing engines.