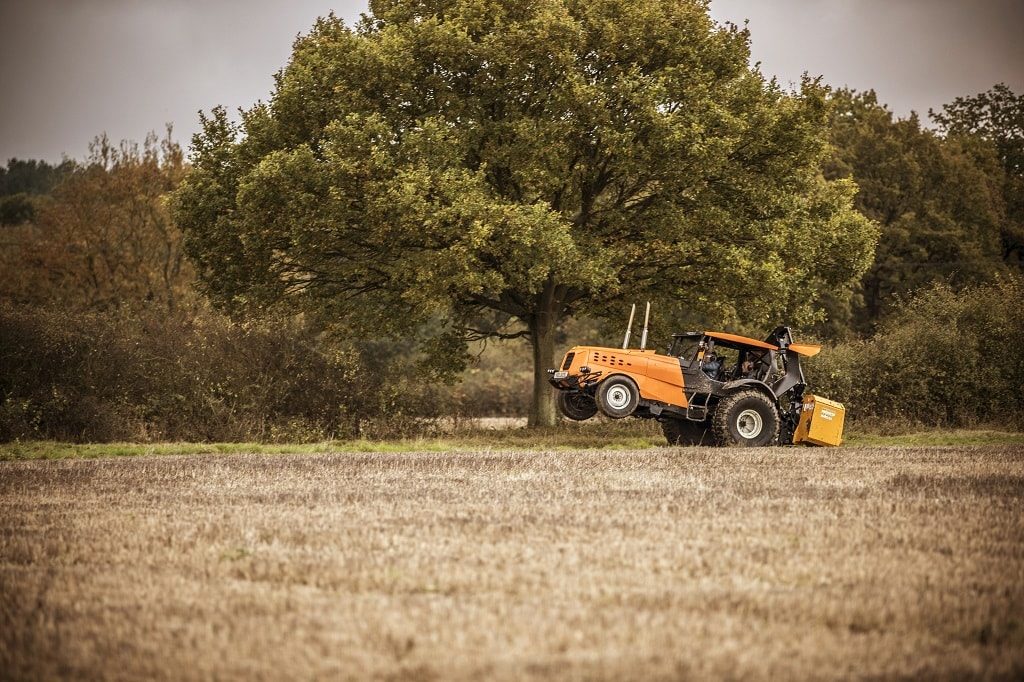 The Track-Tor tractor, a creation of Matt LeBlanc and the Top Gear team, has raced its way into the Guinness Book of World Records with a run at 87.2mph. Now it’s roaring into World of Top Gear at Beaulieu. Producing a formidable 500bhp, the Track-Tor debuted in the Sunday episode of Top Gear, where it beat the previous ‘world’s fastest tractor’ record, an 80.87mph effort set in Finland in 2015.

Tractors aren’t generally known for their breathtaking speed – quite the opposite, in fact – but that only served to inspired Matt LeBlanc, a huge tractor fan with four of his own tractors, to turn his attention to the traffic-blocking vehicles. Speed and power were essential, he decided, and his custom engineering solution is impressive.

A 5.7-litre small block Chevy V8 engine lets the Track-Tor be driven fast both in the fields and on the road. Huge 54-inch Super Swamper Bogger tires imported from the USA are fitted to the rear wheels, while adjustable air suspension means the whole machine can be raised for increased ground clearance.

A garden-variety tractor has brakes on the rear wheels only, but the Track-Tor has them on all four, with a split hydraulic handbrake allowing each rear wheel to be braked independently – ideal for off-road hijinks. LED lights from an Ariel Atom and bright orange Lamborghini-inspired paintwork complement Matt’s wacky extras, including a rotating boot-cleaning brush, barometer and rack to accommodate boots and spades.

The Top Gear team put the Track-Tor through various challenges and ended up quite impressed by its speed and off-road capability. Unfortunately, when the Stig got hold of it, the Track-Tor was used to disrupt the filming of an episode of Countryfile, soaking presenter Ellie Harrison and drowning out presenter John Craven’s piece-to-camera in the process.

The Track-Tor is on now display in the new-look World of Top Gear alongside other vehicles from the world’s biggest motoring show, including the impressive Ssangyacht, the longest limousine selfie opportunity ever and the high-mileage taxis.

The World of Top Gear is included in a general admission ticket to Beaulieu, which also offers entrance to the National Motor Museum with its collection of more than 250 vehicles from throughout motoring history, On Screen Cars, the 13th century Beaulieu Abbey, the ancestral Montagu home of Palace House and its amazing grounds and gardens. To book tickets in advance online or for more information, see www.beaulieu.co.uk. 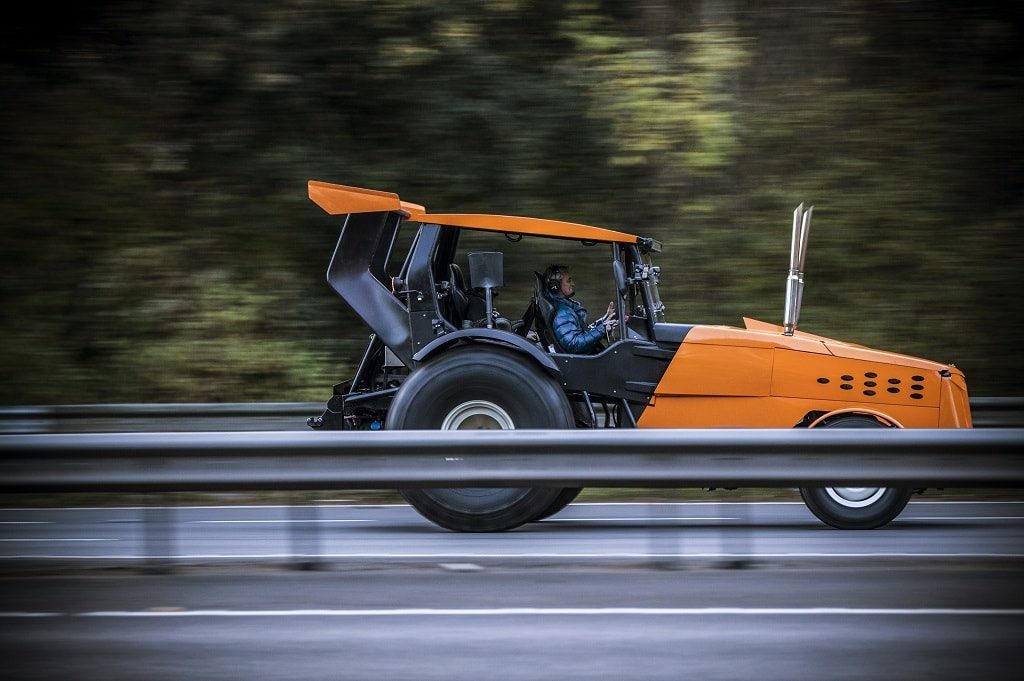