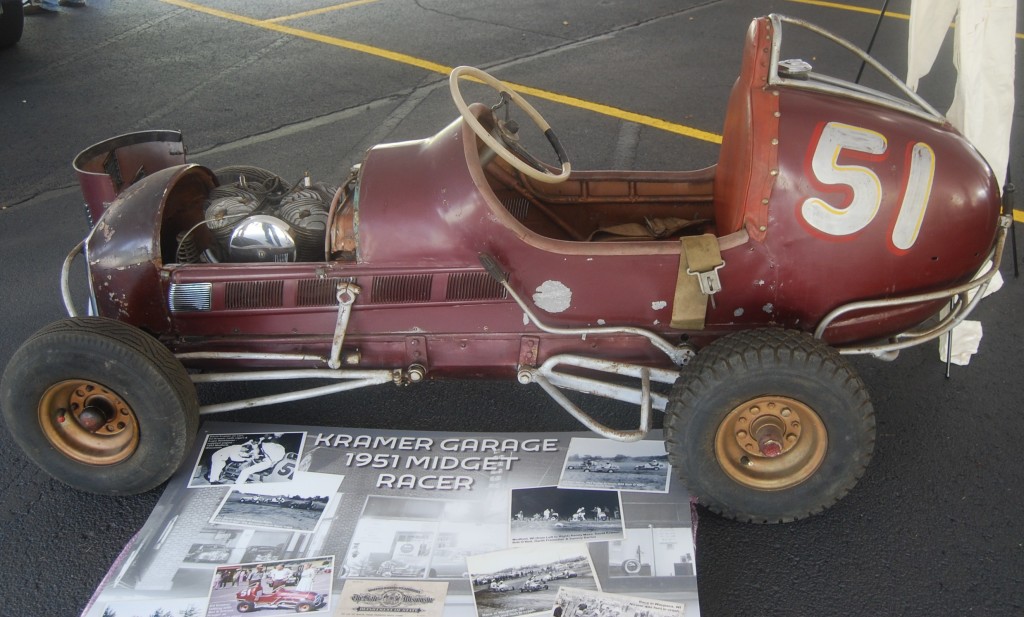 Ed Kramer of Wausau, Wis. got into racing in 1950. “We started a club—just a group of fellows who were enthused about ¾-midget racing,” he said during the Iola Old Car Show’s Pace Cars and Race Cars exhibit. “We came from all walks of life; there were guys in the car business, guys who owned gas stations and fellows who had retail stores.”

The men had an idea to form a club and each one built his own car or had help building one. The club lasted four years. “Some of us got hurt doing it and others lost interest,” Ed recalled. Out of 15 or 20 cars that were involved, mine is the only one left in the city [of Wausau]. 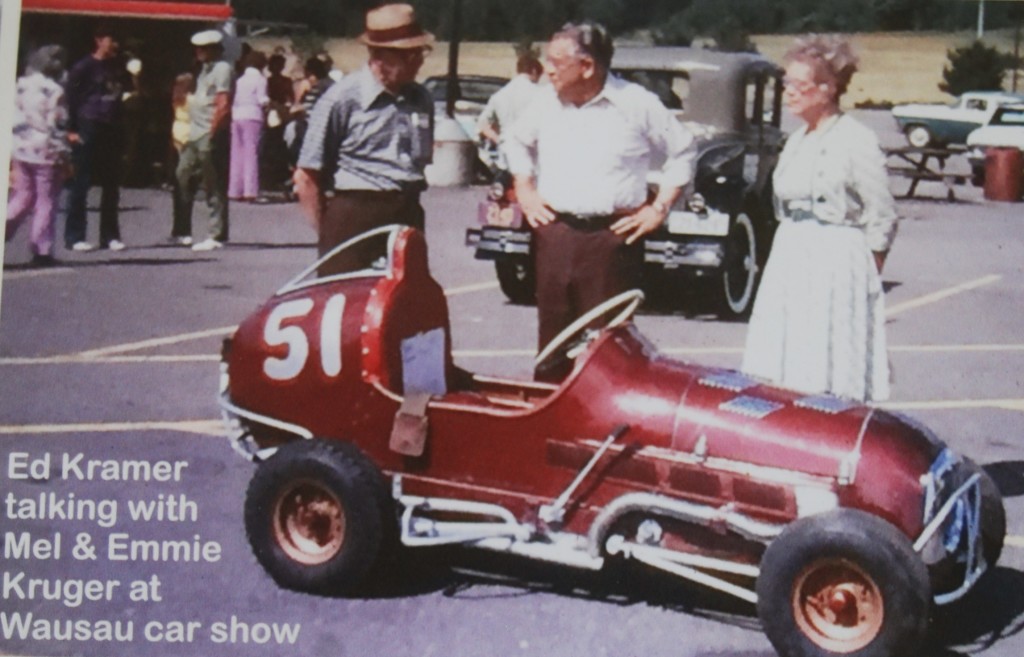 Ed’s car – built in 1951 – is made from parts of different cars.  The axles are cut-down Model T Ford units. The engine is a 45-cid V-twin from a 1943 Indian Sport Scout motorcycle. A Model T Ford axle is also used up front. All the gears in the rear end were taken out and Kramer put a sprocket on the solid rear axle shafts and a motorcycle chain runs from the transmission to the differential.

According to Kramer today, the cars were built to specs set forth by the northern branch of a national organization for ¾-midget cars. The wheelbase, length, height, and weight all had to conform to the group’s regulations. The engines had to be below a certain number of cubic inches. “This one was all according to the rules,” Kramer said.

“We never went out for real racing,” Kramer explained. “We never had purses of things like that. We did it as a group to put on demonstrations during intermission at the old stock car races in Medford. During a break in the real racing action, the 3/4-midgets would do as little as two laps around the track. “All you did was you tried to get around the guy it front of you.” 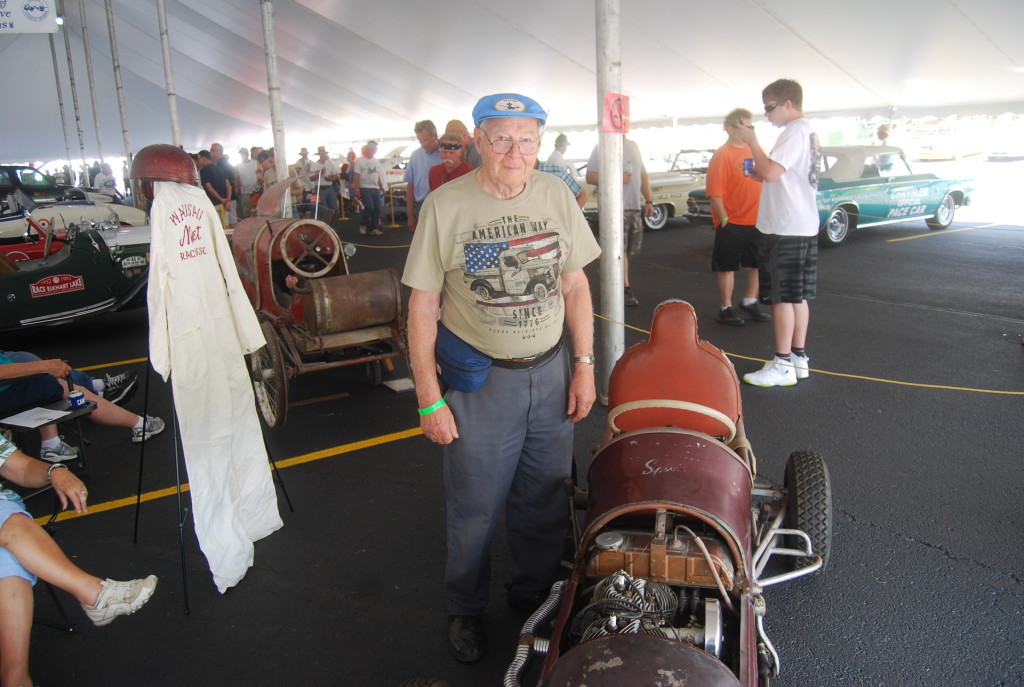 Kramer said his father was a Packard dealer until the company went out of business in 1958. Then, they got a Studebaker franchise and that lasted until 1966. After that it was service work and used car sales until the city forced him out of his building to make way for a downtown shopping mall that’s in trouble now. Maybe the city should be building a racetrack that Kramer could race on.