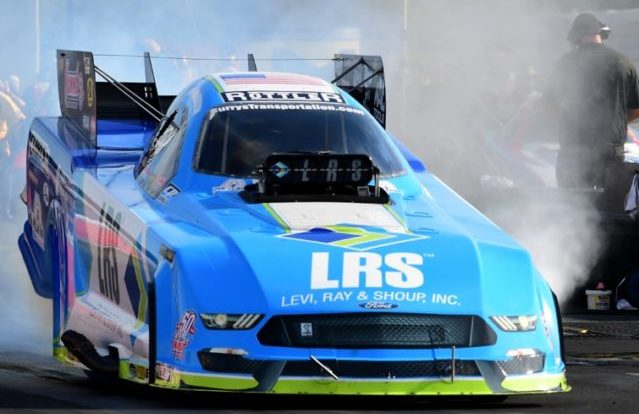 Tim Wilkerson woke up from his Rip Van Winkle sleep just in time for NHRA’s 2018 Countdown to the Championship. Wilkerson entered the six-race playoffs in 10th and last spot among Funny Car’s qualified drivers, but two runner-up finishes in the first two race have vaulted the Springfield, Ill. team owner, crew chief, driver to fourth place with four races still to run.

Nothing like getting hot when it counts, right? This past weekend, at Gateway Motorsports Park outside St. Louis, Wilkerson started the AAA Insurance NHRA Midwest Nationals already ensconced in sixth place after his finals appearance at Reading, where he lost to points leader J.R. Todd. At his home race in St. Louis, Will qualified sixth, defeated triple race-winner Matt Hagan, then put former points leader and the winner of four races, Courtney Force on the trailer. In the semifinals, he defeated Todd, only to fall to a literally on-fire Robert Hight in the finals.

“We had a couple of lucky rounds today, but man, our car was pretty good in qualifying,” Wilkerson said. “This was the hottest racetrack we’ve had all weekend, and that was a big challenge.” That showed in the semifinals, where Wilkerson won a pedalfest against Todd. “We both missed it there bad; J.R. was complimentary to me down there,” at top end. “I said, ‘That was a wild one; we both smoked the hoops as soon as we hit the gas.’ He was like, ‘Yeah, you just did a better job than me, that’s all there was to it.’” 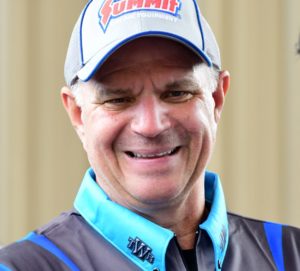 Wilkerson was modest in saying he thought it was “pretty cool of him to say that. Sometimes it’s really hard to get your brain to let off the gas pedal when you’re smoking the tires that early. You just react and do the best you can. We just got lucky – ours stuck; his didn’t.”

When he reached his second consecutive final round in two weeks, after taking the win over Todd, it was his third Funny Car finals of the 2018 season and 42nd of his long career, which began in this flopper class in 1996. The 57-year-old never raced reigning Funny Car champion Hight in a final round until this past Sunday. Hight had a better departure than T Wilk, who began to haze his tires shortly after the hit.

As Hight blew up at the finish line – getting the win, 4.036 seconds/276 mph to Wilk’s 4.413/201.91 – Hight’s Chevy Camaro turned into a body-destroying convertible embracing the left side wall. All that was left for Wilkerson was to explain his approach to the day’s completion: “The track today was a little dicey for me and I lost control of what I was doing out there. I really felt like I had it reeled in for the final, but it just came loose out there in the middle.

“I’m real glad Robert was okay after that. Hopefully,” Wilkerson added, “we’ll keep going rounds when we get to Dallas. That was the plan coming into this Countdown and we’re sticking to it.” The third playoff round takes place at Texas Motorplex in two weeks with the AAA Texas NHRA Fall Nationals, scheduled October 4-7.