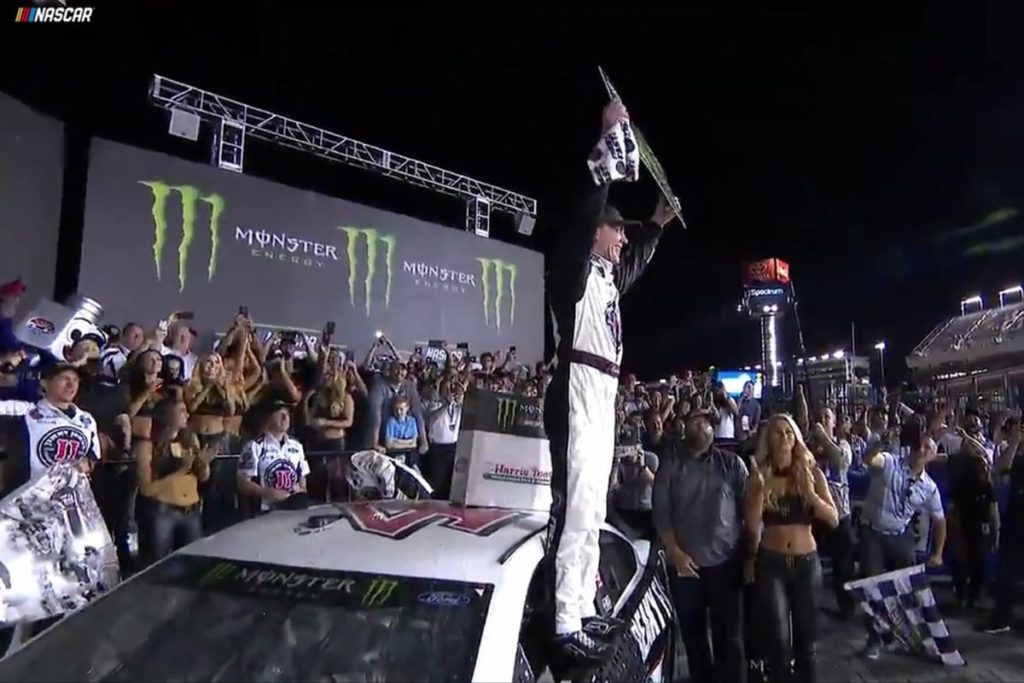 NASCAR’s Cup cars and Camping World Truck Series were at the Charlotte Motor Speedway this past weekend. The trucks put on an exciting North Carolina Education Lottery 200 on Friday which was won by Johnny Sauter. The NASCAR Open was held Saturday afternoon to round out the field for the All-Star Race later under the lights. Alex Bowman won the first stage of the Open and Daniel Suárez took the green and white checkers for the Stage 2 win. A.J. Allmendinger outlasted the rest of the field to take the final transfer spot of the afternoon. The All-Star race was marred by a multi-car wreck late in the 3rd Stage and Harvick became the newest Million Dollar Winner. 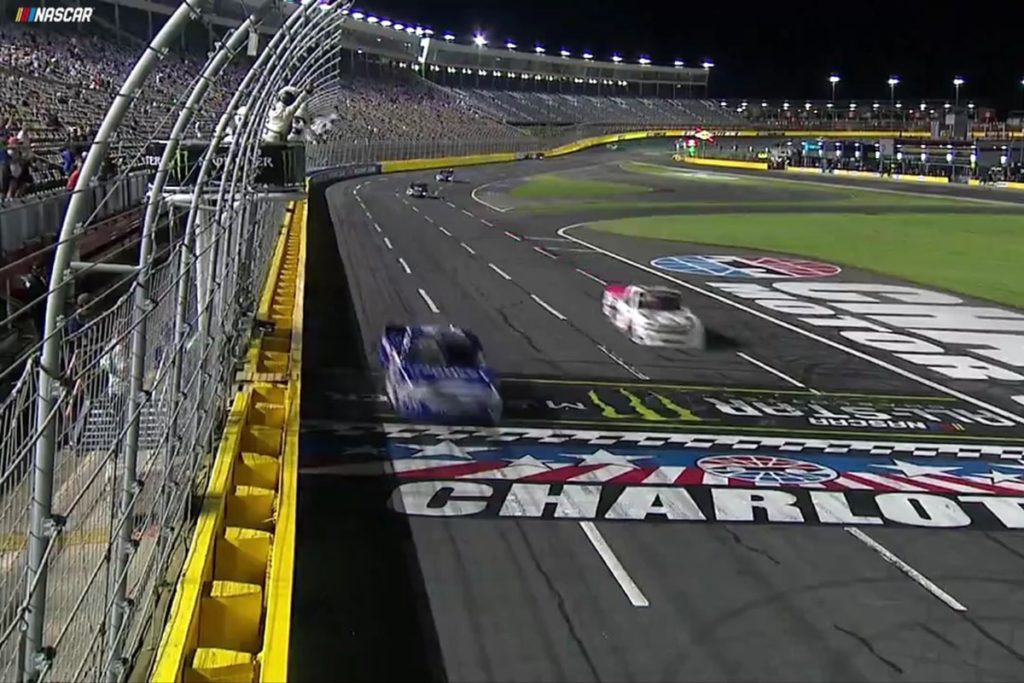 Johnny Sauter outlasted Cup regular Kyle Busch to win his third NASCAR Camping World Truck Series race of the year. Sauter was ecstatic as he celebrated on the radio after the win, telling his team “We won at Charlotte! This is the biggest one of my career!” 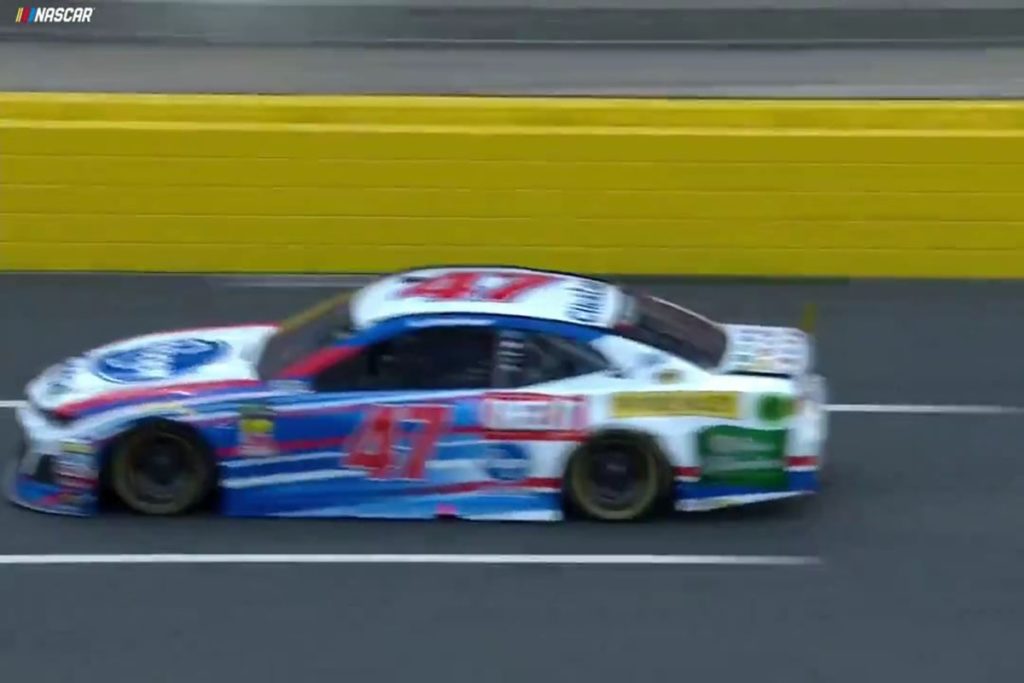 The Monster Energy Open was one of the most exciting races of the season so far. Alex Bowman drove his Number 88 Hendrick Motorsports car to the First Stage win. Daniel Suárez turned in an impressive Second Stage performance to take his Number 19 Joe Gibbs Racing car to the garage to prepare for the All-Star Race. 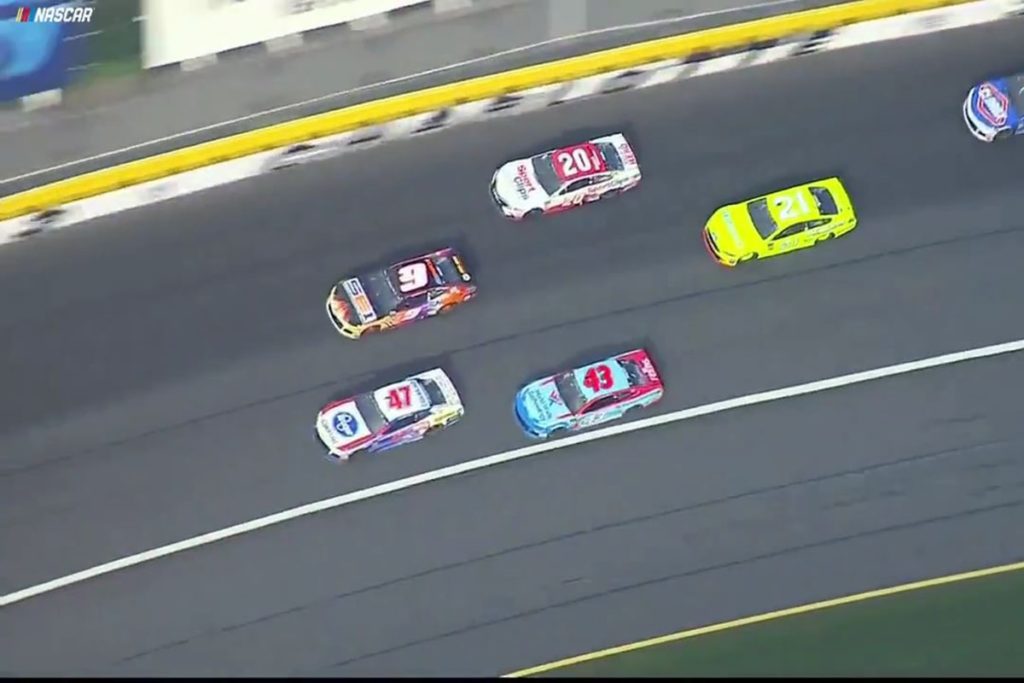 A.J. Allmendinger survived a five-way edge-of-the-seat battle for the race lead late to take the checkered flag and earn the third transfer slot of the night in his JTG Daugherty Racing Number 47. Chase Elliot transferred to the big race by way of his winning the fan vote. 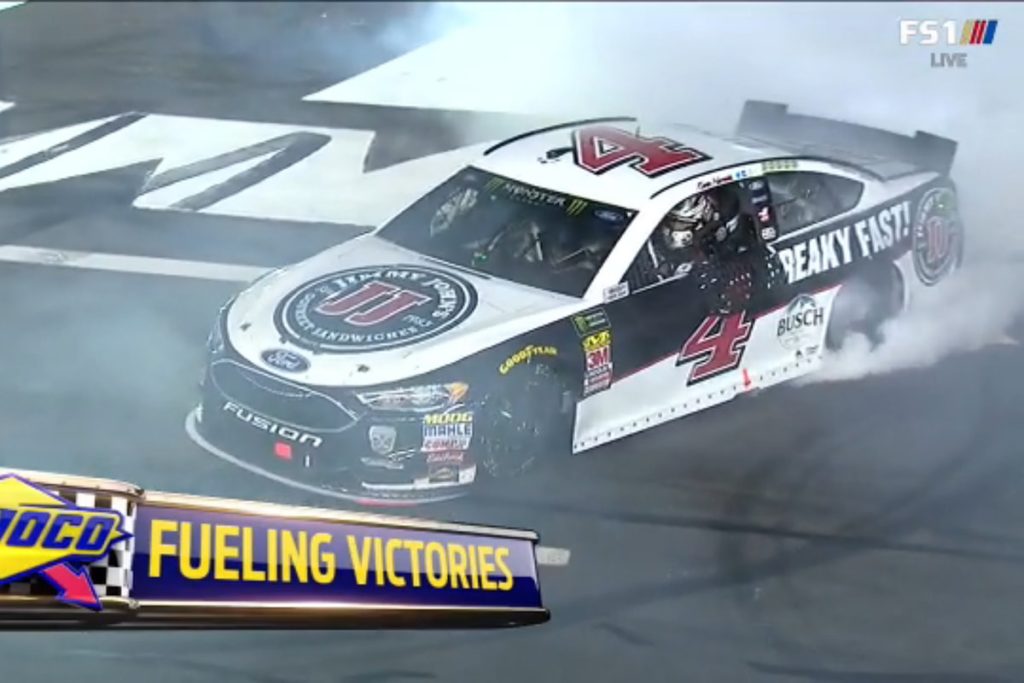 Kevin Harvick drove his Stewart-Haas Racing Number 4 to another win. “Harvick Wins! Harvick Wins Again! And Again Harvick Wins! Will Harvick Stop Winning in 2018?” And again Kevin won his race by barely slipping through wrecking cars by the skin of his teeth.

This time he just barely escaped being swept up in the late Third Stage wreck that took out the likes of both Busch Brothers, Bowyer, and Truex.  Suárez, the open transfer, came in third while Joey Logano survived a scuffle with Kyle Larson for third in his Team Penske Number 22.

Another one bites the dust of the broken rear window support brackets. This time the one on the receiving end of the L1 penalty is the Number 42 Chip Ganassi Racing team of Kyle Larson. Larson will lose 20 driver points and Ganassi Racing will lose 20 owner points. Additionally, crew chief Chad Johnston was fined $50,000 and car chief David Bryant has been suspended for two points races. Larson also lost the playoff point he earned with his stage win.

Lug nuts were also an issue at Kansas with the Team Penske Number 22 of Joey Logano. Todd Gordon, Logano’s Crew Chief received a $10,000 fine for the infraction. 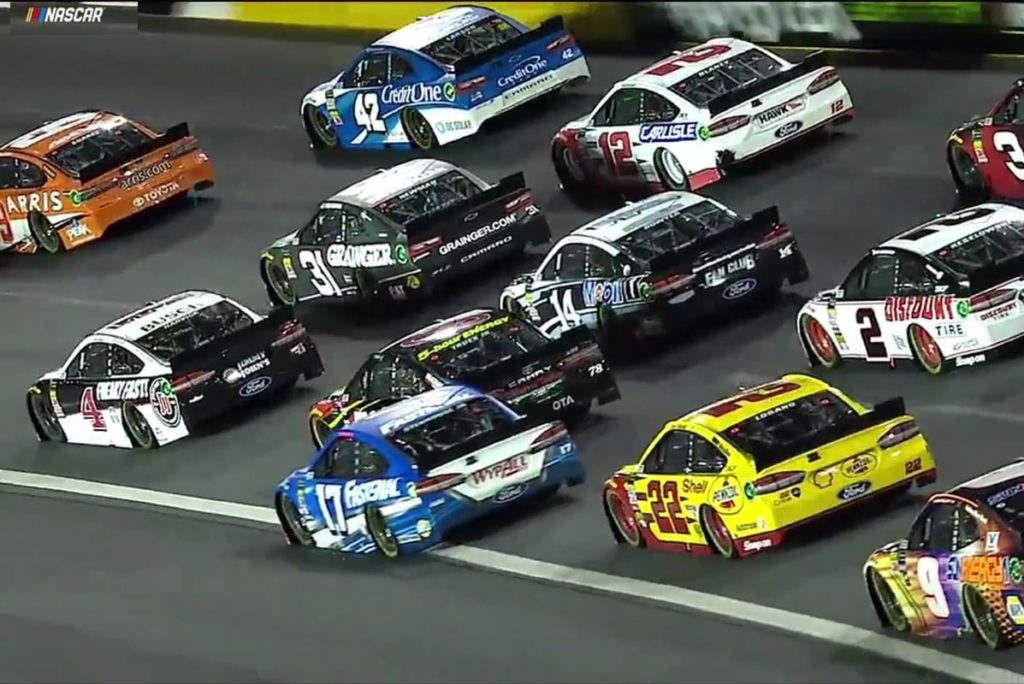