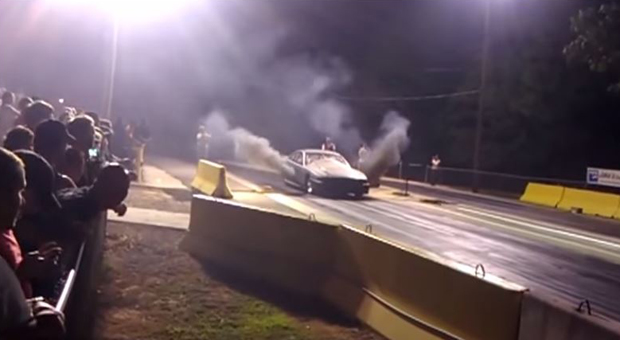 Why are we not building or promoting more diesel builds and swaps? Does it just go against traditional American Muscle and traditional practice to use diesel? Hot-Rodding culture, by definition, is the art of modifying. It might be time to modify our perspectives and explore new avenues for motor swaps. This includes new production sports and muscle cars. The truck community has jumped on the wagon and drug it loaded down a dirt track rather quickly, so why haven’t we? 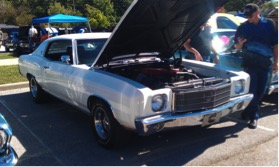 When the diesel motor first came out on the midsized truck market in the 1980s, it was a far cry from powerful or economical. The only manufacturer with anything to be proud of was Cummins, and they were the heaviest competitors with their 140hp 5.9 12 valve Cummins turbo-diesel. At this time diesels were competing with big block, big power, Ford 460’s and Chevy 454’s. Aside from a minor advantage in fuel economy, diesels were not 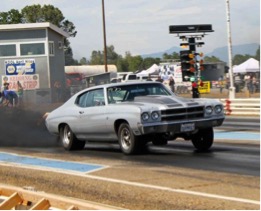 seen as a truly reliable or reasonable replacement.

In the 90’s this changed. Ford came out with the Powerstroke motor, while Cummins maintained their reliable, powerful, 5.9L mechanical 12 – valve engine. In 1994 Cummins added a bigger turbo, and more powerful fuel components. In 2001 Chevrolet produced the most powerful diesel motor on the market, at the time, and arguable still today, the 6.6L Duramax engine. The first generation Duramax produced 300hp and 520ftlb of torque at its peak rpm. The 6.0l gas equivalent produced the same 300hp, but only 360ftlb of torque and was plagued by lifter ticks and low mileage engine failure. The early Duramax diesels were known to have injector issues, but with proper maintenance they still outlasted the gassers by 100k miles or more.

Shortly after this the racing scene for truck owners, began to drift into diesel territory. Farm boys turned up their fuel, tweaked their boost elbows or regulators and began to race their trucks. Cummins motors were notorious for being able to achieve up to 200hp over stock without spending a single dime. All the time these motors were pushing up and over 400hp and, at times, had torque numbers reaching into 4 digits. For Cummins, this was achieved on stronger, forged, stock bottom-ends. The forged internals of these original coal-rolling powerhouses, along with thick iron blocks, were able to hold up to repeated abuse. This is something that performance-built gas powered motors were lucky maintain for more than a dozen or so runs down the 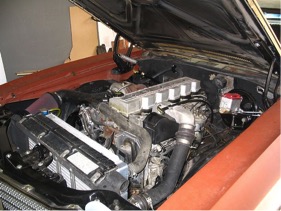 Many Diesel owners modified their engine well into its work-life. Even today it’s not uncommon to see modified trucks that worked for 200k miles, and then became race trucks, with the stock, un-rebuilt motor. Many even survived for 200kmi more after that.

Diesel motors built today continue to produce factory torque and hp numbers that spread from 300-400hp. Factory torque numbers easily kiss 1000lbft on the dyno, and its not uncommon to see them making up to 20mpg in a 4×4, 3/4 ton pickup-truck. Additionally, all of these engines can be modified significantly over stock with a simple plug and play tuning modal. With constantly updated downloadable tunes it’s hard to see a ceiling on the power limits a well supported motor can make.

Now before you write the idea of as ludicrous or impossible, watch these links below and see if you don’t change your mind even a little bit.

The hot-rodding world has always been about adaptation and creativity. People did, and continue to do, anything they think of to build a faster and more unique car. These builds are a simple math problem. More power + less weight = speed. Even Audi has been giving it a go across the pond. The 2014 A8 Makes 380hp at the rear wheels, and goes form 0-60 in 4.7 seconds. Keep in mind; this is a luxury sedan that makes over 30mpg highway, begging the big question, once again; why aren’t we doing this?

It can be argued that these motors weigh far too much. A wet 12-valve old-school Cummins weighs about 975lbs wet. A 454 big block weighs 650lbs wet, and with a all cast iron and steel components. This can be compensated for the same way bigger engine swaps have always warranted it; with bigger springs, welded or fortified frame rails, and some steering component modifications. The Cummins Monte Carlo in the video swapped its factory small block springs for some factory big block springs and successfully became reliably road worthy. To rehash and give an idea of things to consider lets go over the benefits of diesel motors one more time.
A. Diesel motors produce more torque at lower rpms and in general than gas motors from the factory.

C. Modified Diesel motors are sturdy and last hundreds of thousands of miles beyond gas motors.

D. Diesel engine’s cost to power gain ratio is much cheaper and easier to achieve than a gas engine’s. The argument stacks pretty high in favor of more frequent diesel swaps into our projects, but can we accept it? For some, hot-rodding is nostalgic. We want to hear the lumpy rich cam of a stroked out big block, or the rip-roar to 8,000 rpms of a high compression small block. Maybe it’s just sacrilegious and the two should stay separate out of principle. On the other hand, hot-rodding and modifying has always been about innovation, creativity, and uniqueness. So should the gap between petrol-heads and coal-rollers be bridged, or is there a reason they should be kept separate?