RacingJunk News > Racing > Drag Racing > What a Strange Season NHRA Has Had! 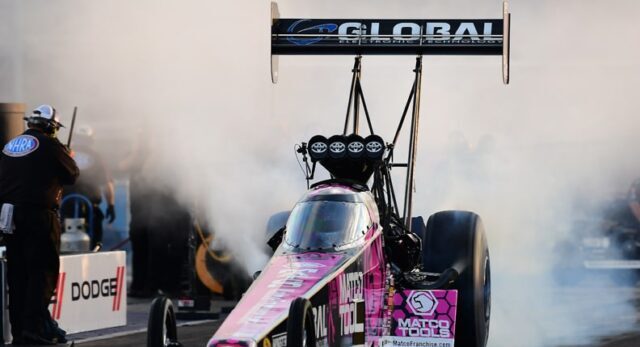 The NHRA Mello Yello Drag Racing Series campaign began as normal with a mid-February opener in Pomona, then went to Phoenix. After that, of course everything changed. With racers and members of the NHRA organization encamped for the 51st Amalie Motor Oil NHRA Gatornationals the second weekend of March, the novel coronavirus took over everyone’s life. We all went home and waited. Waited. Waited. Waited.

While many other racing – and sporting – organizations began to enact races without fans in attendance, NHRA took another route and restarted its season in mid-July at Lucas Oil Raceway outside Indianapolis, with back-to-back contests. With fans in attendance. The rules were pretty strict, most everyone followed them and the racing went on.

A third Indy restart date took place before the Big Go, the Denso Spark Plugs U.S. Nationals,  – also at Lucas Oil Raceway – on its traditional Labor Day weekend. The only thing that wasn’t Big about the Big Go was the continuing absence of one of the largest and most popular nitro teams in the pits, John Force Racing.

Robert Hight was unable to defend his 2019 Funny Car championship; 16-time Flopper champ John Force couldn’t be on-site to try for title No. 17. Brittany Force, the sport’s fastest woman, had her Top Fuel entry parked, as did 2019 Auto Club Road to the Future rookie of the year Austin Prock.

The absence of John Force Racing cast a pall on all proceedings during this protracted 11-race season, but certainly allowed others to shine. Despite missing the season starter at Pomona, Steve Torrence racked up his third straight championship with “Them Capco Boys.” Theirs wasn’t the happiest title run, as master crew member Dom Lagana, who also wheels a TF dragster, had a massive street accident after Indy3, along with TF race winner Richie Crampton and Torrence Racing  crew member Jake Sanders.

They’re all on the road to recovery now, but the accident still haunts both the Capco Contractors team of Steve and Billy Torrence, along with Kalitta Motorsports, who ran Crampton’s Top Fuel car. it also haunted the balance of the pits, whether running nitro or not. “Lagana Strong” t-shirts and masks have been prevalent from the U.S. Nationals forward to Gainesville, St Louis, Dallas, Houston and on to Las Vegas.

In the middle of all this, Coca Cola Company’s Mello Yello brand departed its drag racing contract with NHRA and Camping World quickly became the series sponsor. Lawsuits remain in play, but there’s a name atop NHRA’s professional ranks

Yes, Las Vegas became the season finale, rather than the next-to-last race. The Dodge NHRA Nationals presented by Pennzoil took place on Halloween weekend, with qualifying on the 31st and racing on All Saint’s Day, November 1st. Qualifying day also marked the full moon and ended Daylight Savings Time. Championships were on the line last weekend, to become NHRA’s first Camping World titleholders, and do so at the first fan-attended sporting event held in the state of Nevada since the pandemic hit in March. 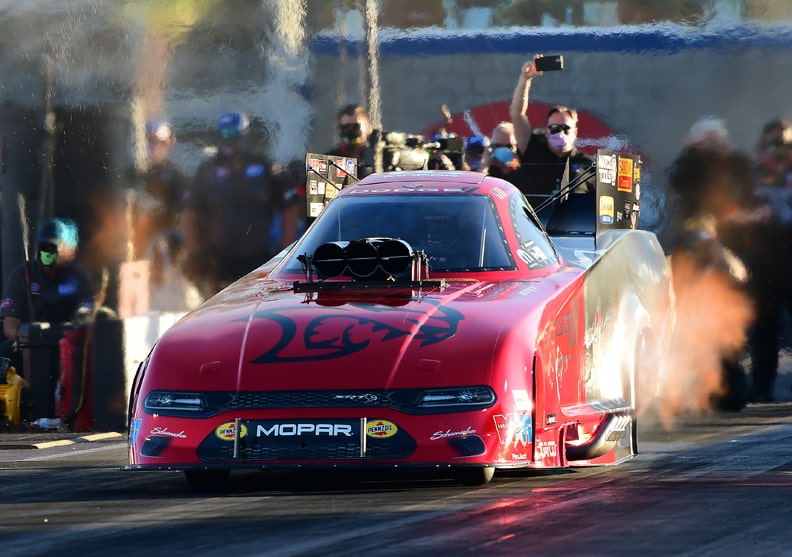 The championship battles weren’t disturbed by all the outlying factors, as every racer seeded No. 1 heading into this race ended up with their titles: Steve Torrence took his third straight Top Fuel title, Matt Hagan earned his third Funny Car championship for Don Schumacher Racing (DSR) – which continued its domination of the class with the 14th straight victory by Hagan in the season finale – while Erica Enders won Pro Stock in Vegas, taking her fourth title and Matt Smith earned his fourth Pro Stock Motorcycle championship as wife Angie Smith secured her second career Wally trophy.

The racing was climatic and included a body-off blow-up by Blake Alexander in Jim Head’s Ford Mustang, the first win for DSR’s Antron Brown in more than two years (over S Torrence), Justin Ashley’s punctuation on his Auto Club Road to the Future rookie award as the Indy2 winner raced to the semifinals, the departures of both Jeg Coughlin Jr. and Jason Line from Pro Stock – somewhat anticlimactic as both were out of championship contention after first-round losses. 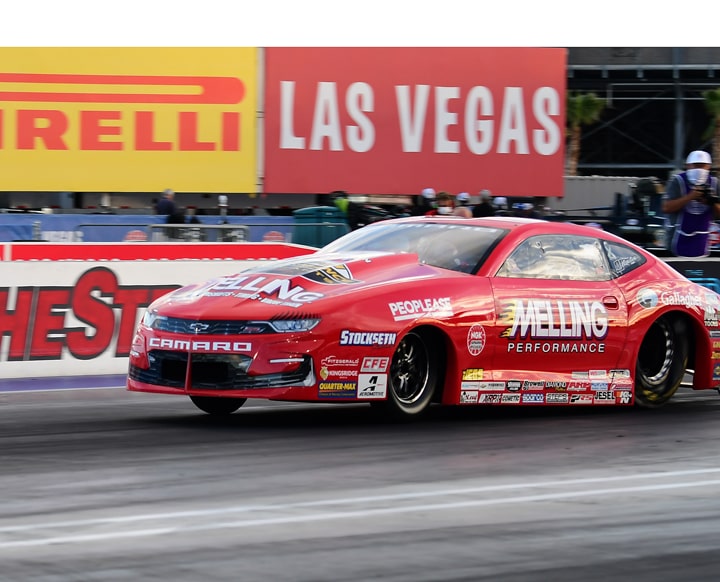 It was interesting to see Coughlin Jr. ousted by Aaron Stanfield, whose car is prepped by Elite Motorsports, who run both Jeg and Troy Coughlin Jr., in addition to Enders, while Line was ousted in the first round by Cristian Cuadra, whose cars have been prepped by Summit Racing, Line’s team. And then there was Angie Smith, who’s been riding exceptionally well all year on her Matt Smith Racing EBR, and who never lost her concentration as she kicked out Katie Sullivan, teammate Scotty Pollacheck, Hector Arana Jr. and the wizened veteran Steve Johnson. 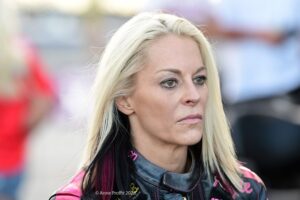 So now the 2020 NHRA Camping World Drag Racing Series season is over. At least there was one and the season embraced fans as well as racers. The questions raised over this season remain. Will John Force Racing return and in what capacity? Can Don Schumacher Racing find the sponsorship to keep his four Dodge Charger SRT Hellcat Funny Car drivers’ consecutive win-streak going? Will Jack Beckman and Tommy Johnson Jr. have work when the 52nd Gatornationals take place next March? Will Tony Schumacher?

Will Doug Kalitta ever win a world championship in Top Fuel after coming within three points in 2019 and ending up second again by a gaping 193 points after leading the first half of this protracted season? The gap between Hagan and teammate Johnson Jr. in second was a bit tighter, but still 105 points, while Enders had a full 167 points on Line at the close of the season and his career. Matt Smith, too, had 110 points in hand over Vance & Hines’ Eddie Krawiec.

There’s much more to talk about – including the future – but it’s time to put this campaign to rest.