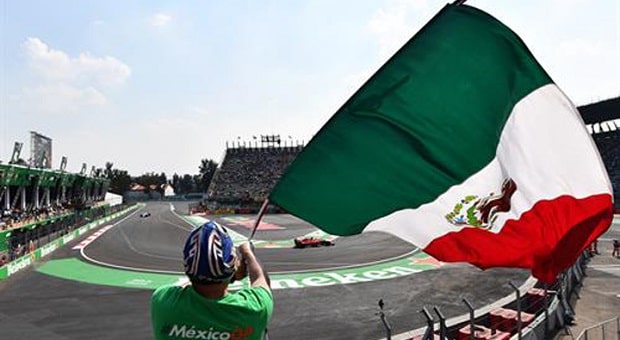 The FIA’s W Series, a grouping of single-seater events for women only, will extend its reach to the North American continent in 2020, with all-new races being held later this year in conjunction with Formula 1 events at Circuit of the Americas outside Austin, Texas on Oct. 24 and at Mexico City’s Autodromo Hermanos Rodriguez a week later.

These two new events will form a championship-deciding doubleheader for the second season of W Series, culminating its championship as the seventh and eighth races. The 2020 W Series begins in St Petersburg, Russia on May 30, followed by stops at Anderstorp, Sweden on June 13, Monza, Italy June 27, on the Norisring in Germany on July 11, at England’s Brands Hatch racetrack on Aug. 23 and culminates its Europe-based competition in Assen, The Netherlands Sept. 5 before heading to the USA a month and a half later.

The second season’s final two races are the sole contests aligned with F1 for the W Series, which follows races on the DTM platform for the first six events of its calendar. This selection of North American venues for the final two races gives W Series eight races in eight different countries. “I’m particularly pleased that W Series will now stage races outside Europe,” said Catherine Bond Muir, series CEO. “The USA and Mexico are, of course, both very important new territories for us.”

Bond Muir indicated W Series has reached new multi-year sponsorship agreements with ROKit Phones and that commercial entities are taking greater interest in the women-only single-seater eight-race championship. “A lot of work has gone into stitching the W Series/Formula 1 deal together, but above all, I want to thank W Series’ drivers, the brave and talented young women who captured the imagination of the sporting world last summer. Mark my words,” she said, “they’ll do so again this year, from May to October, all over the world.’

Former driver and W Series racing director David Coulthard expressed his pleasure at the addition of these two North American venues for the very young series. “Despite having raced in 246 Grands Prix (between 1994 and 2008), I’ve never driven in a Grand Prix at either Circuit of the Americas or Autodromo Hermanos Rodriguez, because neither racetrack was part of the Formula 1 calendar during my time as a driver.”

Because Coulthard has lent his experience as a broadcast commentator at these two venues, “I can say with confidence they’re both great racetracks. For W Series, the announcement of two all-new Formula 1 support races is a truly impressive development, and it demonstrates very clearly the extent to which W Series has quickly been widely accepted as part of the international motorsport calendar.”

Although winners of the Formula Regional European Championship (FREC), which also held its inaugural season in 2019, sent its champion and runner-up to the FIA Formula 3 championship for the 2020 campaign, 2019 champion Jamie Chadwick will conduct her second season in W Series in 2020, rather than getting a similar invitation to race Formula 3. She has signed a development contract with Williams, following in the footsteps of Susie Wolff, who took a similar role with that team between 2012 and 2015.

Perhaps exposure at two of the three North American races will gain W Series’ 2020 champion a step into competition where the stakes are higher. “In just one year,” said Ross Brawn, managing director of motorsport at Formula 1, “W Series has contributed significantly to increasing interest in the topic of diversity and inclusion in motorsport. We are convinced that our sport must offer equal opportunities for men and women to compete together; it is no coincidence that improving the diversity of the F1 grid by supporting and promoting driver talent from under-represented backgrounds is one our strategic objectives.”

It is this writer’s hope that these comments turn into concrete objectives and bring a more inclusive grid to international (and North American) open-wheel competition.