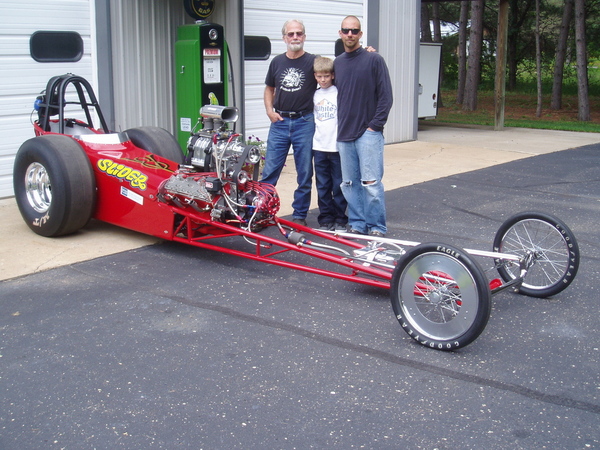 On August 25, 2013, Rick Schnell’s flathead dragster, known as the “Slider”, roared down the quarter-mile drag strip at Brainerd International Raceway to set a record (as far as we know) of fastest flathead in the world with a 7.695 second run, beating out previous unofficial record holder Al Burns by 0.002 seconds.

The Slider wasn’t always the quickest flathead in the world. Go HERE to read the full article on Hot Rod Hotline and find out how Rick turned an abandoned dragster, which was once owned by legendary drag racer Ron “Big Yohns” Johnson, into a record breaking nitro sled.