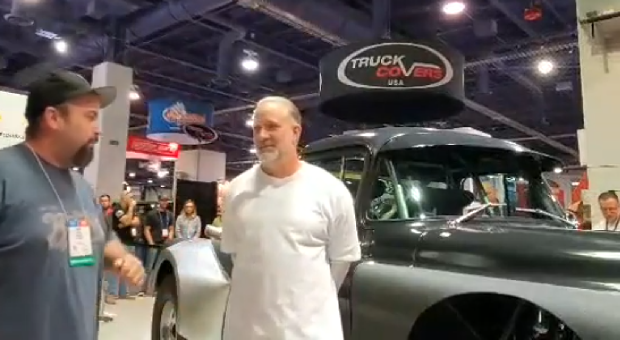 At SEMA you never know who you are going to run into. Our very own Bobby Wayne Stauts met up with legendary customizer Jesse James and his 1957 Chevy Cameo at the LineX booth. Jesse showed off his fully off-road capable 700 horsepower Cameo and it was a sight to see. You can follow the build by following Jesse on facebook or Instagram @popeofwelding.