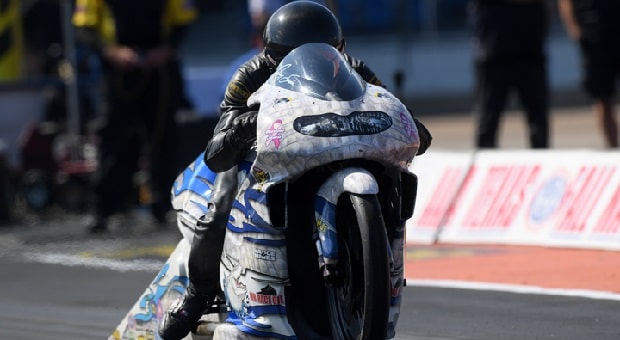 With three champion riders in the Countdown to the Championship six-race playoffs – Andrew Hines, Eddie Krawiec and Angelle Sampey – the riders of Harley-Davidson’s Screamin’ Eagle FXDR V-twins stand first, fourth and seventh in the standings. There are, however, a few roadblocks in their way in attempting to secure another title.

Two of those roadblocks are 2016 champion Jerry Savoie, who is now the sole rider to earn two wins in this year’s Countdown Reading and Dallas) and his teammate Karen Stoffer, the St. Louis winner in the first four Countdown races. Only V&H’s Andrew Hines has a Countdown win – at Charlotte – after marauding through the regular season and looking unstoppable en route to a sixth PSM championship.

Still, if either Savoie or Stoffer prevail by the time NHRA concludes the season in Pomona, it’ll be a Vance & Hines victory, as the duo’s White Alligator Racing (WAR) team secures its Suzuki engines from V&H.

You could say V&H and WAR are joined at the block, due to the technical affiliation. Once the engines arrive at WAR’s shops, Tim Kulungian applies the electronic fuel injection (EFI) magic that allows his mills to operate at a higher level than the carbureted Suzuki engines used by others in the class. 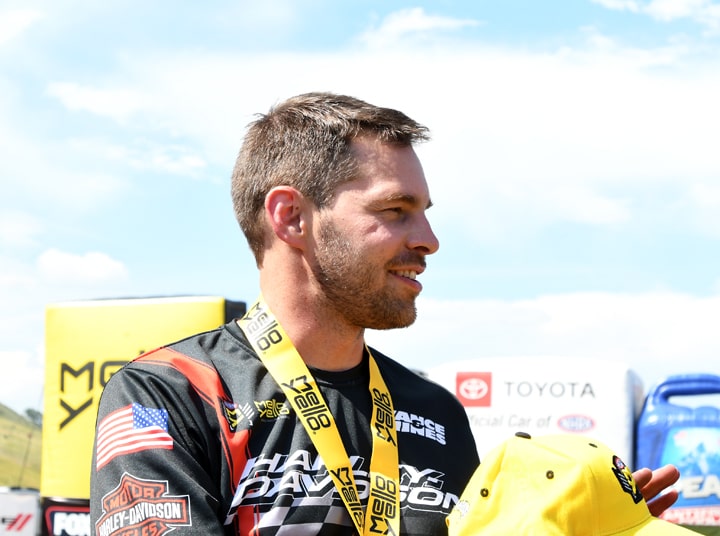 This past weekend, Savoie beat two out of three Harley riders, displacing Hines in the semifinals and beating Krawiec in the finals. The latter, who was in his 47th final round yet hasn’t won in his last 10 last lap attempts, earned his first championship without earning a single Wally winner’s trophy. He’ll attempt to turn that around in Las Vegas two weeks hence.

Savoie has been blessed with teammates who push him at every race. Last year it was LE Tonglet, who won his first national championship as a rookie in 2010 and pushed Smith from start of the 2018 season to its close. This year it’s Stoffer, who has competed, until this year, with tuning provided by husband Gary Stoffer, this season working with rookie Jianna Salinas.

At this time Hines leads Stoffer by 81 points, which amounts to four rounds plus a single point. Savoie is in third place and 94 points behind Hines, while Krawiec is fourth and 99 points back. Although he continues to put up big numbers, EBR rider Matt Smith’s try for back-to-back titles could be quashed, as he’s in fifth place and 167 points behind Hines.

But – and this is an important but – there’s always Pomona, which offers points-and-a-half as the season finale aims to close out the year with drama. No doubt that drama will occur within every class competition and there is so much on the line for the ultimate national championship winners: there’s the money offered, the championship trophy, the white hat and that No. 1 affixed to the side of their entry. It’s quite the carrot and, no matter whether it’s a Harley-Davidson or a Suzuki wearing that big No. 1 in Pro Stock Motorcycle, Vance & Hines will have a winner. 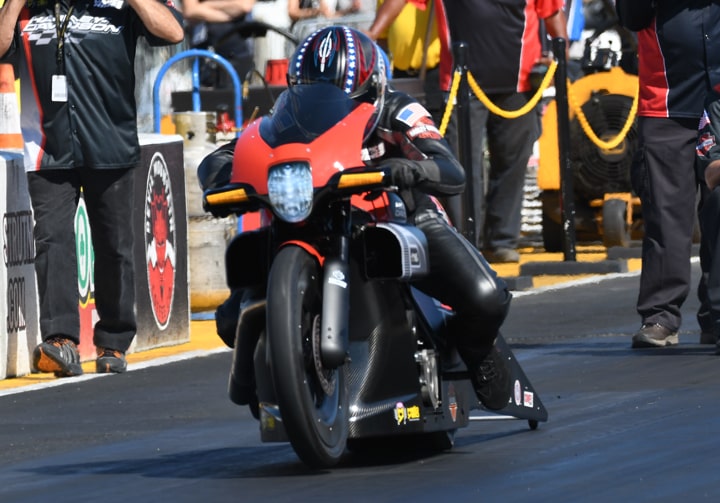