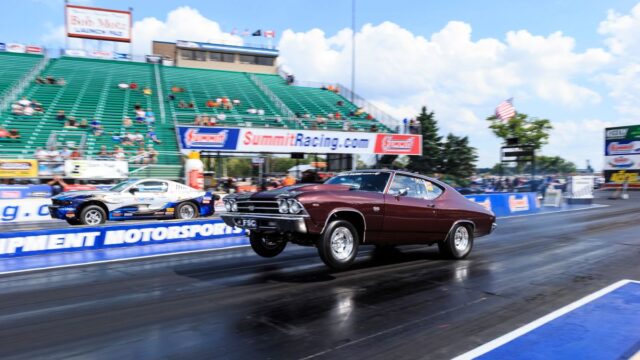 The United States Motorsports Association has been named the Official Motorsports Advocacy Group of Summit Motorsports Park in Norwalk, Ohio.  A little history behind the USMA, it was formed in 2015 by a group of industry-leading organizations including Lucas Oil, Safety Kleen, Optima Batteries and others, who recognized the need for greater organization, data, and state/local level advocacy for grassroots racing.

Formed in 2015, the United States Motorsports Association represents the racing industry in local, state and federal matters, and creates connections between members of the racing industry and government officials. It also serves as a source of information and promotion.

“Summit Motorsports Park is a leading track in its operations, fan experience and racer participation,” said Shawn Stewart, Executive Director for the United States Motorsports Association (USMA). “The track provides a tremendous economic impact to the region. The USMA understands this value and helps communicate the importance of Summit Motorsports Park and racing as a whole to local, state and federal officials. We were proud to have supported the track with its light pole issues and finding a resolution. Now, we are dealing with a worldwide pandemic and business shutdowns. But even when the pandemic is over, there will always be issues to work on and find solutions for.”

“The USMA is honored to align with Summit Motorsports Park,” said Stewart. “The track is truly one of the best-run facilities in all of racing. While the track focuses on what it does best — racing events — we will be focused on supporting and promoting the benefits of the track to those outside the racing industry who have influence and impact on the track.”