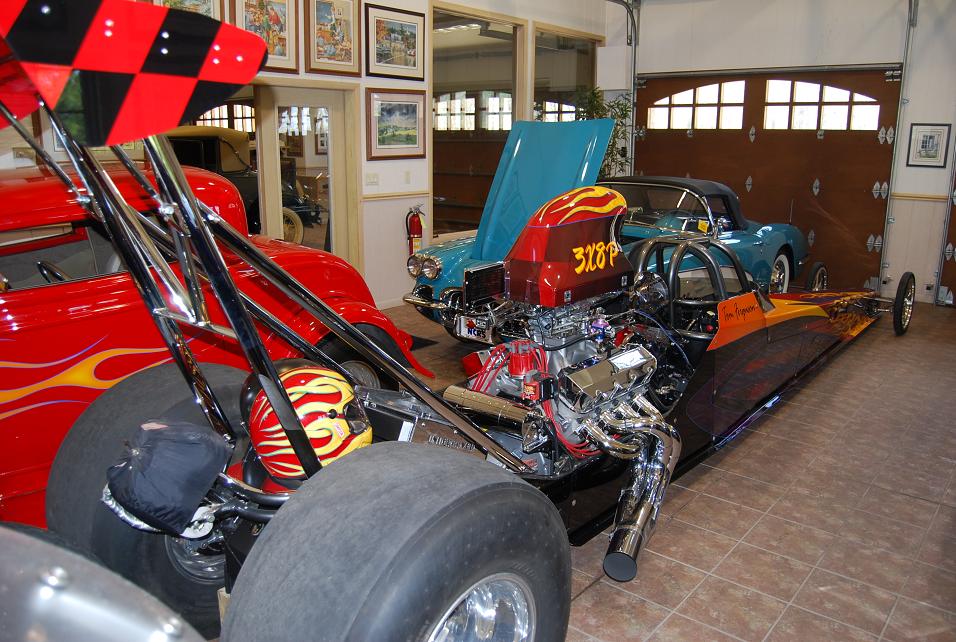 A 2006 Undercover Swing Arm Dragster is destined to be an attention-getting attraction at a new collector car gallery opening in Green Bay, Wis., early in 2016.  William “Red” Lewis, founder of PDQ Manufacturing and PDQ Carwash, bought an old Cadillac dealership in downtown Green Bay two years ago.  He plans to turn it into an Automobile Gallery that will showcase cars as works of art.  The non-profit facility will also serve as a state-of-the-art events center, with an executive conference room and catering and dining options.

The dragster has an APD gas 4500 carb and a Crane cam, push rods, roller type valve lifters, and rocker shaft.  MSD supplied the spark plug wires and crank trigger.  It has an ATI damper, ARP head studs, and Wiseco pistons.

The car has all the “bells and whistles” that Undercover Motorsports offered in 2006, plus some later additions.  it uses their swing arm chassis design.  It has a rear airfoil wing, lots of chrome parts and headlights.  It is fully certified. 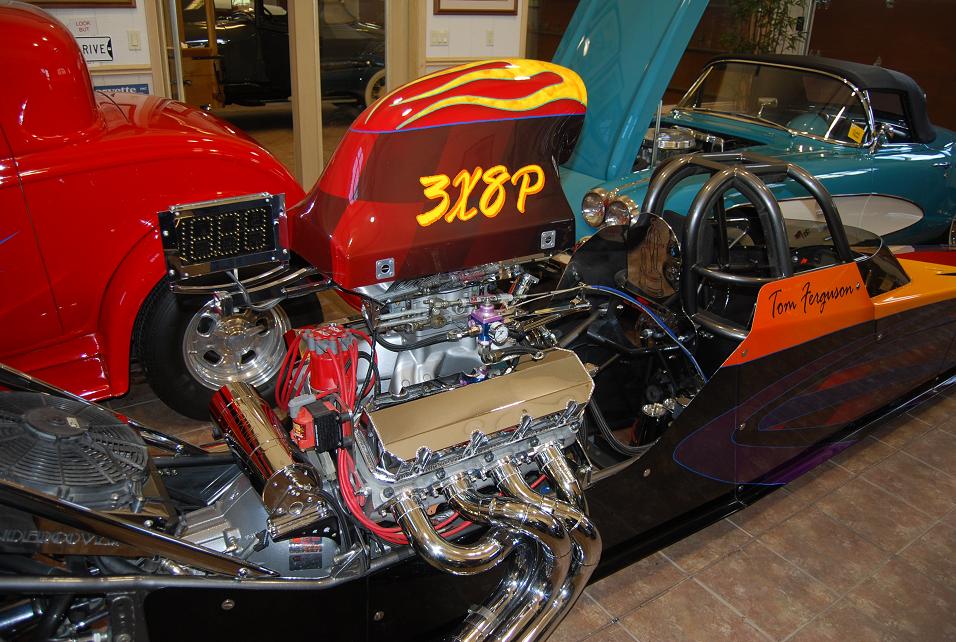 The dual brakes came from Strange Engineering, as did the rear axles and Pro gears.  it has Afco shocks and Mickey Thompson and Weid equipment.  It has a new Ambruzzi transmission and converter.  There is a Moroso vacuum pump, a CSI water pump, Dynatech headers, and an MSD digital ignition system.

The UXD dashboard is by RacePak.  It has Biondo valve covers, a K & K air filter, an East Coast alternator, a MegaFuel system, and an APD gas carburetor.  Other features include RCI belts, K & R delay box, switches and air filter, a MegaDial digital dial board, a Bandit shifter, a Dedenbear air solenoid, an Optima battery, and a Racepack computer.  Up front are Hoosier tires on Mickey Thompson wheels.  Graska paint is used on the inside and outside.

This dragster-No. 1204 made 86 passes down the quarter mile.  Tom Ferguson drove it.  He was a pilot and a drag racer.  He invented the LinearDyne weather station.  Ferguson had one of the earliest finite understandings of how the weather affected elapsed times (ETs) in bracket and index drag racing.  The swing-arm dragster sold for about $70,000.