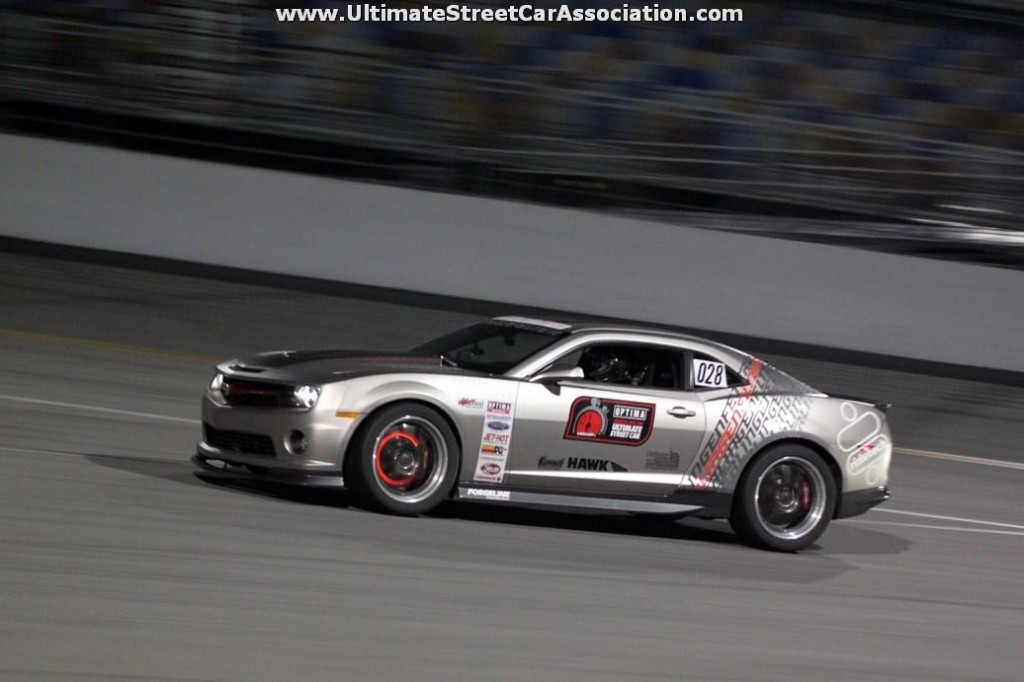 The final event of the USCA’s regular season is finished and now the top performers from OPTIMA’s Search for the Ultimate Street Car prepare for the final showdown in Las Vegas.

Some of the nation’s most iconic motorsports destinations opened their gates to enthusiasts during the USCA’s inaugural season, giving participants in OPTIMA’s Search for the Ultimate Street Car events the opportunity to follow in the tire tracks of their favorite professional drivers. A stop at the legendary Daytona International Speedway in May gave drivers the opportunity to drive under the lights, on the very banks that the pros of the Rolex 24 race in competition. Mazda Raceway Laguna Seca tested drivers’ vehicle control on the infamous “Corkscrew” and Sebring International Raceway gave participants a chance to compete on one of the oldest continuously-operating race tracks in the United States. In total, USCA competitors drove a total of 22,000 miles during 20,788 competitive laps this season.

Beyond the impressive amount of time behind the wheel, participants were also given one-of-a-kind experiences off the track. At Road America drivers were treated to pit passes for the NASCAR race which took place on the same track they would be driving the following day. In Daytona, the road rally took everyone onto the legendary sands of Daytona Beach, the birthplace of the original NASCAR track and site of 15 historic land speed records. Participants were also treated to multiple shop tours throughout the season, getting a glimpse behind the scenes at places like Grassroots Motorsports magazine and OPTIMA Batteries.

Over the season’s ten events, drivers in the GT2K, GT3K and AWD classes competed against the clock and each other in the hopes of being number one in their respective classes – earning their invitation to the OUSCI. For those hoping to get their invitation based on season points, the USCA threw everyone a curveball with the announcement of the three “Double Points” events at St. Louis, Portland and Pittsburgh that had the potential to really turn the leaderboard on its head. As the dust settled after the final event of the season, it was Ken Thwaits who emerged as the season points winner. Rounding out the top five were Justin Stone, James Shipka, Ryan Mathews, and Chris Porter. A total of 60 other outstanding individuals also earned invitations to this year’s OPTIMA’s Ultimate Street Car Invitational in Las Vegas, which is sure to be the most competitive one yet.

“We are absolutely thrilled with the success of our inaugural season,” said USCA President Jimi Day. “The drivers’ responses to our events have been nothing but positive and we are extremely excited to show fans what we have planned for the 2015 season.”

Throughout the season every driver had the chance not just to be a star on the track, but on television as well. The entire season was filmed as part of MAV TV’s hit new show, “OPTIMA’s Search for the Ultimate Street Car.” The show highlighted not just the action on the track, but the people behind the wheel as it followed the drivers in their quest to score an invitation to the OUSCI in Las Vegas. The show is currently halfway through its first season and airs every Friday night at 8pm ET/PT on MAV TV.

Join the USCA November 8 – 9 at Las Vegas International Speedway, as the season’s 51 invitees compete in the OPTIMA Ultimate Street Car Invitational. Pit passes are available on the USCA website for those looking to spectate.