While Mother Nature claimed her own victory on Sunday at zMAX Dragway, three drivers refused to let a little moisture stop them from earning next day Countdown to the Championship wins. On a beautiful Monday morning, reigning Top Fuel champion Steve Torrence raced his way back to the top of his class with his first win since Denver. While Robert Hight’s final race of the weekend didn’t begin with him in the lead, a red-light ultimately saved the day and put him back on top of the Funny Car point standings. Although Torrence and Hight both raced to series point leads, Monday’s Pro Stock winner Deric Kramer will have to continue in his winning ways to knock current points queen Erica Enders from her throne. 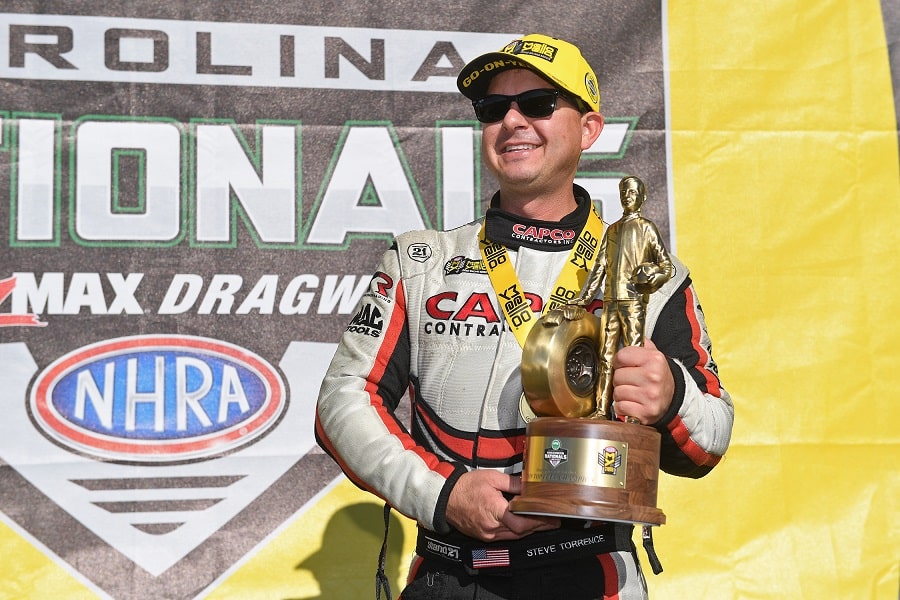 Coming off a runner-up performance in St. Louis, the defending Top Fuel champion entered the Countdown as the top seed but slipped to third in points after some less than impressive performances at the start of the Countdown. In Charlotte, this would all change. After qualifying No. 1 for the fourth time this season, Steve Torrence ran unopposed in the first elimination round before taking down Clay Millican and rookie Justin Ashley to race his way to his 13th final of the season.

Although he was forced to take on his biggest threat for the 2019 title, Torrence appeared to be the one to beat after a .031-second reaction time and a 3.772-second lap at 323.19 MPH against Doug Kalitta’s 4.090-second finish at zMAX Dragway. With this win, Steve Torrence raced back into the Top Fuel points ahead of Kalitta heading into the AAA Texas NHRA FallNationals in Dallas.

“To race and defeat a legend like Doug Kalitta is awesome,” said Torrence. “He is by far the winningest driver to never win a championship and I have a whole lot of respect for him because he is always consistent, and to both defeat and take away the points lead from him is definitely a confidence builder going forward in the Countdown.” 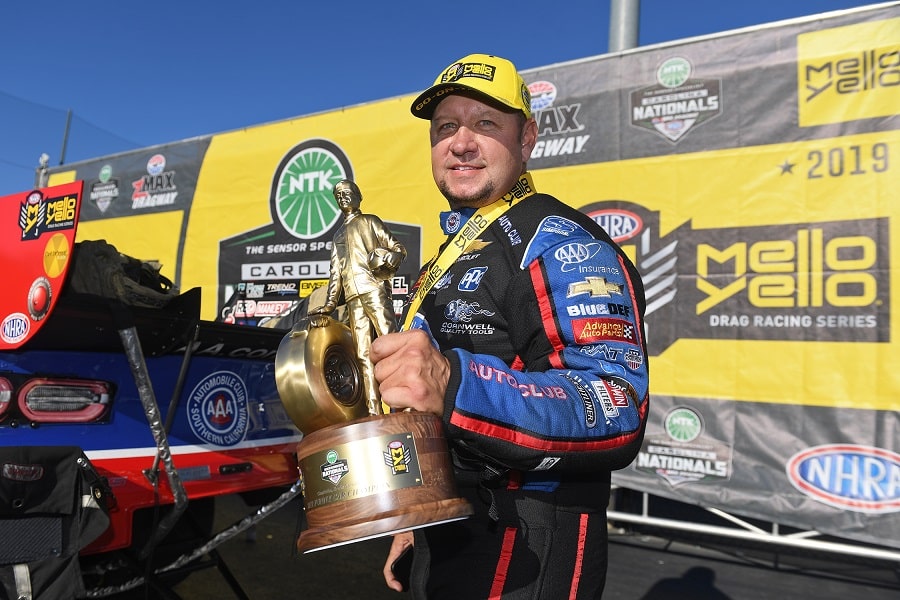 Although Torrence rode his No. 1 qualifying position all the way to the win, Monday’s Funny Car victor would have to race his way to a win from the No. 2 position. After racing ahead of Mike McIntire, Tim Wilkerson and Matt Hagan, 2017 Funny Car world champion Robert Hight raced to his eighth final round of the season.

While things to be looking up for Hight at zMAX Dragway, the final elimination round against Jack Beckman leave the John Force Racing driver holding his breath after he left the line second. After his competition red-lighted on the start, Hight grabbed the chance to rip off a 3.917-second lap at 329.02 MPH to leave the NTK NHRA Carolina Nationals with a Wally as well as the Funny Car points lead.

“It took a lot of hard work from my Auto Club Chevy team to pull off the win in Charlotte,” said Hight. “We have made some changes over the last few races and this seems to have given us both our consistency and confidence back. I look forward to taking this into Dallas next week.” 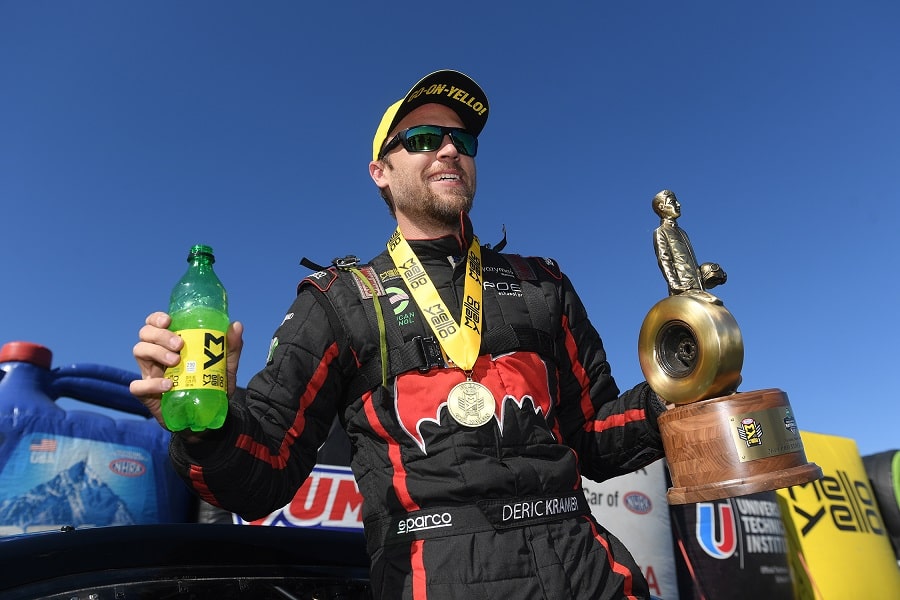 Although both the Top Fuel and Funny Car driver’s victories led to a points lead after Charlotte, this week’s Pro Stock victor will have to continue his success to race his way to the top of the Countdown to the Championship battle.

Following his second win of the season, Deric Kramer is back in the battle for the Mello Yello Pro Stock championship. Despite starting off the weekend as the No. 10 qualifier, Kramer’s KB Racing powered Chevy seemed to find its groove in Monday’s rain-delayed final rounds with wins against Kenny Delco, Jeg Coughlin Jr. and upstart Aaron Stanfield to race his way to Monday’s final elimination round.

After lining up against Total Seal team driver Matt Hartford, who would make his second straight final round appearance, Kramer knew that he would have a real challenge in front of him. Using his desire to win as leverage, Kramer drove to a 6.541-second pass for both a Wally victory as well as a huge boost in the points battle going into Dallas. In fact, Kramer is now only 88 points behind leader Erica Enders in the Countdown to the Championship battle.

“This win gave us a chance at the latest Mello Yello Pro Stock championship,” said Kramer, who also won his first Pro Stock title on a Monday a year ago in Topeka. “That is all we wanted was a chance, and we didn’t do so well at the last race in St. Louis, so having a chance to redeem ourselves in Charlotte is such a relief.”

Stay tuned to RacingJunk.com as the champions of the NHRA head to Dallas, TX for the AAA Texas NHRA FallNationals at Texas Motorplex October 17-20, 2019.