The second race in the 2018 NHRA Countdown to the Championship led to excitement, explosions and new points leaders at this weekend’s AAA Insurance NHRA Midwest Nationals, at Gateway Motorsports Park. Thanks to his second consecutive Top Fuel win, Torrence Racing’s own Steve Torrence continues to dominate the NHRA’s top series. In contrast to Top Fuel, both the Funny Car and Pro Stock series points leaders continues to change hands as the countdown continues. After yet another explosive win this season, defending Funny Car World Champion Robert Hight is now back on top, while Pro Stock Young Gun Tanner Gray’s sixth career victory of the season has this driver’s hopes set high for his first NHRA World Championship. 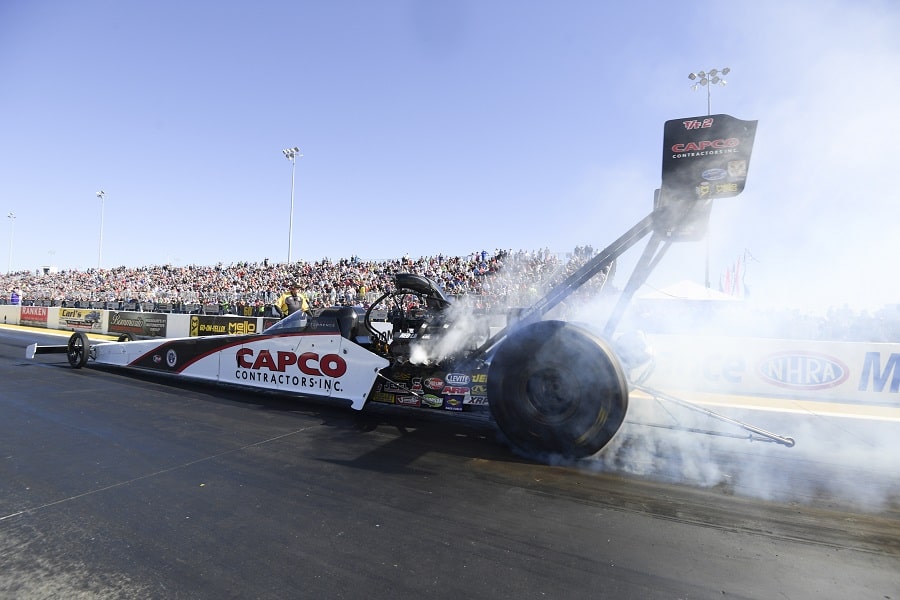 Although Millican laid down an impressive 3.798-second pass at 320.28 MPH, Torrence firmly surpassed him with a 3.770-second pass at 323.66 MPH to earn his seventh victory of the season, 23rd of his career as well as a current 70-point Top Fuel point lead over Millican.

“I am so blessed and fortunate to be a part of this team,” said Torrence. “I have all the confidence going forward this season and we could not have asked for a better start to this Countdown to the Championship.” 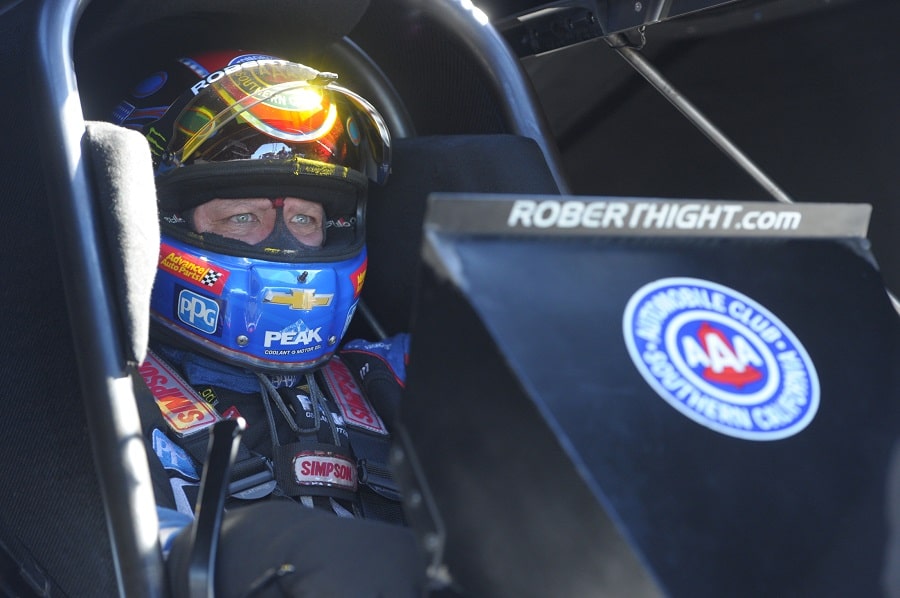 While Torrence has continued to dominate his chosen series, an explosive win in the Funny Car series put defending Funny Car World Champion Robert Hight back on top. After capturing the Funny Car pole at Gateway Motorsports Park, Hight would eventually race his way to Sunday’s final elimination round against Tim Wilkerson.

Although Hight suffered an engine explosion as he crossed the finish line, his 4.036-second pass at 276.29 MPH gave Hight his third victory of the season, 10th Countdown to the Championship win as well as the Funny Car points lead. Hight’s frightening finish also led to a trip to local hospital for further evaluation, where he was cleared for further racing.

“That was a frightening finish, but I am thrilled to be back on top,” said Hight. “Fortunately, after a few X-rays, I am ready to be back behind the wheel in Dallas.” 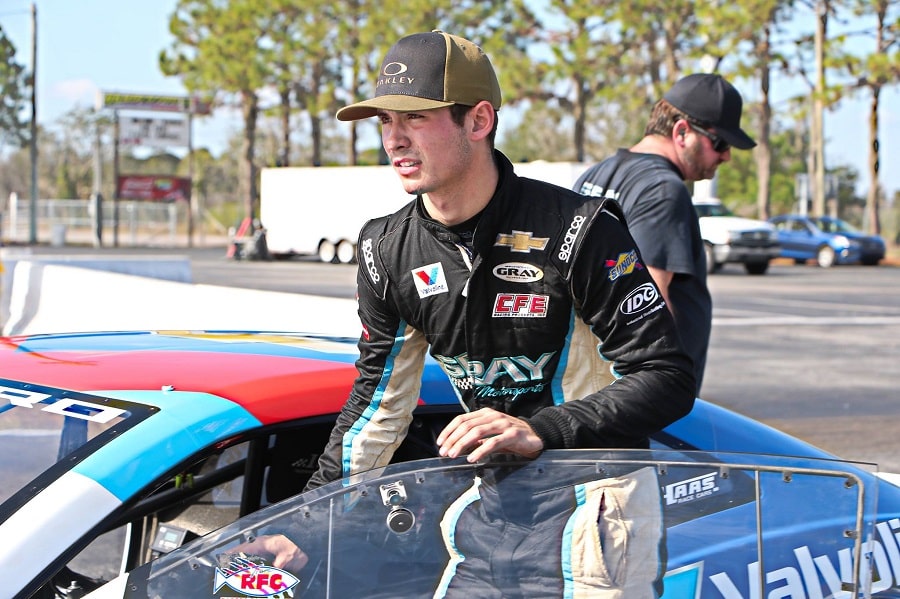 Pro Stock young gun Tanner Gray also raced his way to a potential NHRA World Championship due to earning his sixth victory of the season and 11th of his career after knocking off Chris McGaha, Vincent Nobile and his arch nemesis Erica Enders to take on Drew Skillman in Sunday’s final round.

After a 6.567-second pass at 211.06 MPH in his Valvoline/Gray Motorsports Chevrolet Camaro Gray earned yet another impressive victory as well as the Pro Stock points lead heading into the AAA Texas NHRA Fall Nationals in Dallas.

“During qualifying we did not run as well as we thought we should have,” said Gray. “That is why it is cool to see my hard-working team fight back so hard to get this win.”

The NHRA Mello Yello Drag Racing Countdown to the Championship continues at the AAA Texas NHRA Fall Nationals Oct. 4-7 at Texas Motorplex, in Dallas, TX. Stay tuned to RacingJunk.com for all your NHRA coverage!