Ashley Sanford, the 23-year-old Fullerton, Calif. native who grew up wanting to be a professional drag racer, is off to Australia for the second time in Jan. 2018 thanks to Santo Rapisarda. The Australian mega-team owner asked the Top Alcohol Dragster veteran – and wannabe Top Fuel pilot – to return to his country and race with him after an initial, successful November foray down under.

Sanford, who raced in NHRA’s Mello Yello series for the first time as a professional Top Fuel driver at this year’s Chevrolet Performance U.S. Nationals, qualifying 14th yet falling to eventual winner Steve Torrence in the first round, considered the invite from Rapisarda “an early Christmas present.” She out-qualified Rapisarda’s driver Wayne Newby at Indy, overcoming a rapidly deflating left-rear tire in Saturday afternoon qualifying and bringing her car to a safe stop at the top end.

“To be invited back to race for Santo and his family team is a great Christmas present,” she said. “I’m so excited. I know Santo usually runs three cars in Australia and there are a lot of drivers here in America who would jump at the opportunity; I can’t tell you how thrilled I am to be returning to Australia.”

In her initial trip to Sydney Dragway a month ago, Sanford raced for Rapisarda Autosport International (RAI) alongside 400T-class teammates Damien Harris, the current series leader and reigning 400T champion Wayne Newby, who has competed for RAI many times in the United States. She finished in sixth spot for that first outing.

“Sydney didn’t quite turn out the way I would have hoped,” Sanford explained. “We lost a run due to weather and I drew teammate Damien Harris in the first round. One of the lessons I learned was this team is all about family and having fun. To see two Rapisarda cars racing each other in the final was awesome.

“I’m really looking forward to working with [Santo’s sons] Santino and Santo Jr.,” Sanford continued. “We are all around the same age and get on really well. The boys really know how to tune a car, are fun and great company.” 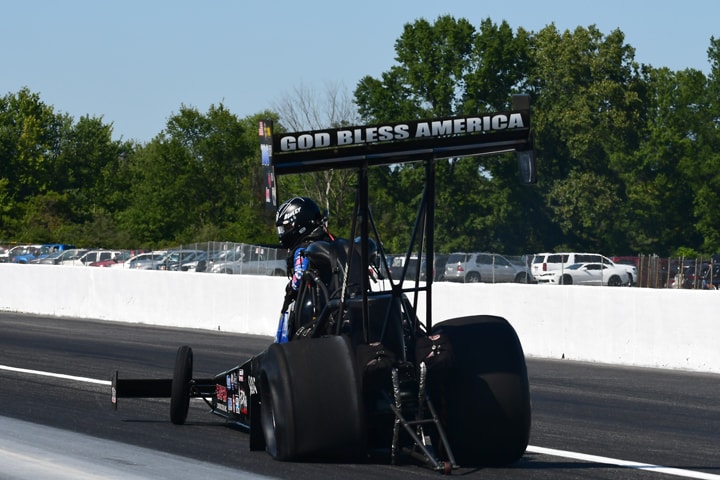 While she is looking to claim a winner’s trophy while racing in Queensland, Sanford considers herself “a team player. I understand that what is more important is seeing a Rapisarda car win the meet – whether that’s Damien, Wayne or myself.”

Santo Rapisarda’s Australian drag racing teams are exceptionally well-known and feared on the Aussie drag racing scene. His squads have been compared to the mega-teams that dominate the NHRA landscape, such as Don Schumacher Racing, John Force Racing and Kalitta Motorsports. Among the NHRA star Top Fuel and Funny Car drivers who have raced for Santo Rapisarda in Australia are three-time Top Fuel champion Larry Dixon, Cory McClenathan, Dom Lagana and Tommy Johnson Jr. 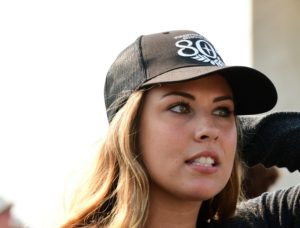