When people think muscle car, a number of images come to mind. So what characterizes a muscle car? And what defines the best of the best? Big engines, powerful styling, aggressive performance and no ability to go gently around that good corner, but what else? The following 10 represent our favorites, but like everything, your mileage may vary. If you’ve got favorites, or think we left something off, let us know! 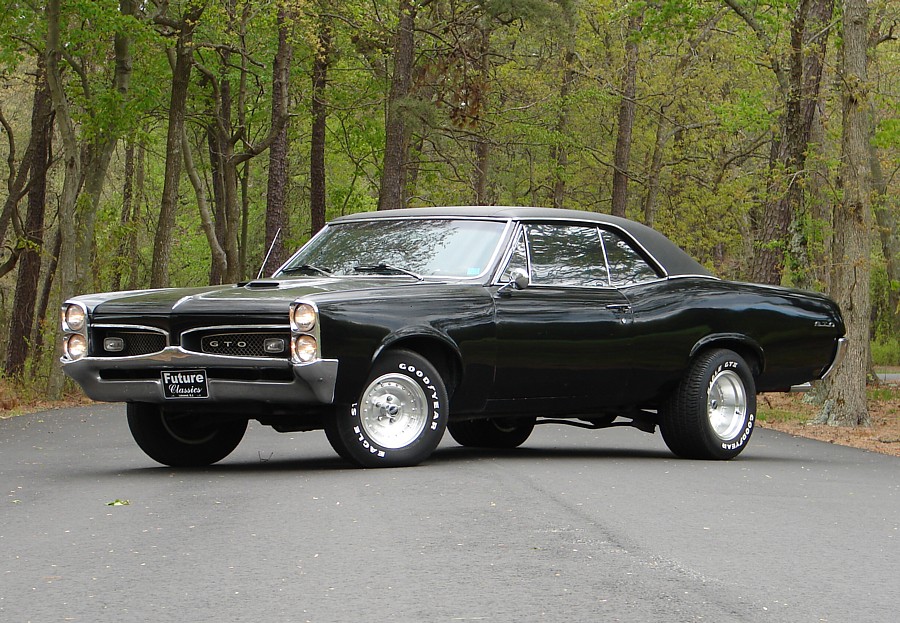 When I think true American muscle, only one big bad boy stands out in my mind. It’s the muscle car that started all muscle cars. It’s big. It’s powerful. It’s scary. It was my screensaver in college, and I’ll be darned if I still don’t want one so bad it hurts.

Yes, I’m talking about the Pontiac GTO, or more specifically the 1967 Pontiac GTO. The GTO really only came with one engine, the 400, but it was available with varying horsepower outputs. The highest output 400 available for the GTO put out a pretty impressive 360hp and 438 lb/ft. This could be ordered with a Turbo-Hydra-Matic Auto trans, or a 4spd manual. The GTO is the car that really started and defined the muscle car era. Muscle car war didn’t truly begin until it rolled off of the production line. 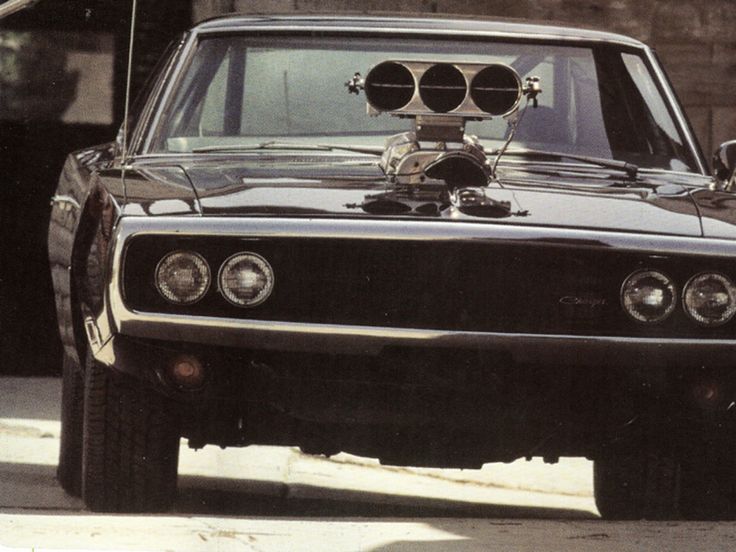 The ever-iconic 1969 Dodge Charger is the only car that I know of that looks like it was designed around the idea that you should throw a massive red-circle-vented blower on the top as soon as you get it home from the lot. Remember a couple of good ‘ol boys who never meant any harm, but unfortunately did a whole lot of harm to a cringe-worthy number of beautiful beasts?

For fans, old and young, the ’69 Charger’s popularity has lasted throughout the ages. Dominique Torreto has raced and crashed a number of ’70 Models in the Popular Fast & Furious series, but luckily those were all props. The ’69 Charger is close to my heart because my father used to own one. I never got to see it, but he talks endlessly about his ’69 383 4spd and how he got it up to 120 on some rural Arizona road before the front end became airborne, causing him to loose partial steering control. 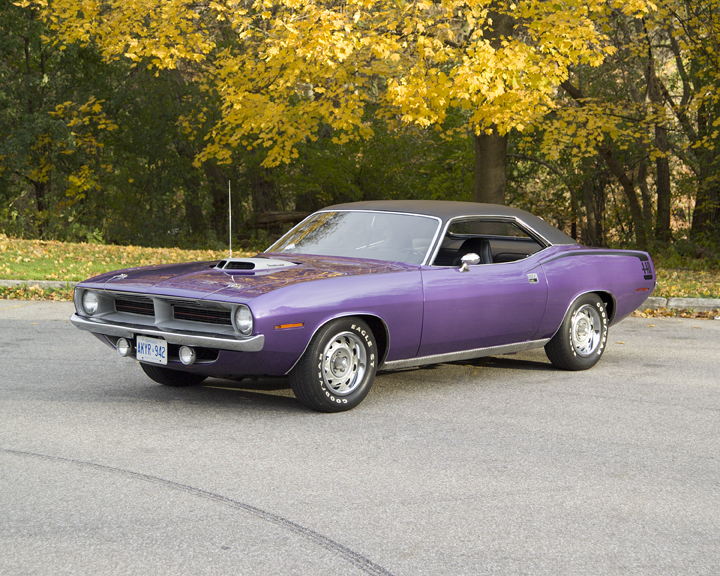 The meathead in the room: the Plymouth Barracuda. While the original ‘Cuda was released in 1964, it wasn’t until 1970 that it developed its beefy wide stance. It’s also probably the only muscle car I know of that looks manly in bright purple. In 1970, it dropped the bubbly back window of the earlier models and went for a Camaro-ish chopped rear end. I personally think it pulled it off–the front grill still looked like it would eat you and the rest of the joint for lunch.

While Buick has always had trouble shedding it’s image as a “grandma’s car”, when they decide to get serious every few decades or so, Buick can really bring it home. The 1970-1972 Buick GS is a beautiful, powerful, and often overlooked piece of automotive history. In 1970, Buick decided they were done playing around. The 1970 Buick GSX stood toe to toe with the GTO Judge and Olds W-30. Under the hood was a true monstrosity. A 455 cubic inch big block produced 510 lb ft of torque at 2,800 RPMs and 350hp at 4,600 RPMs. It even held the record for the most torque produced by a factory American car until 2003 when the Dodge Viper laid it to rest. 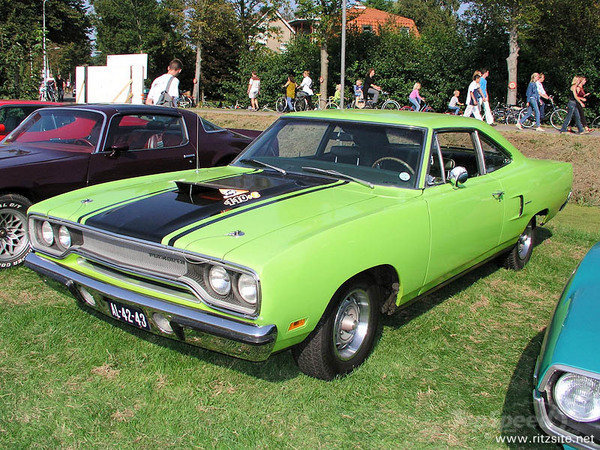 The Roadrunner is the car that made rudimentary hood scoops and a lime-green paint scheme seem like a work of art, and let’s not forget those side mounted brake vents.

For me, when someone talks about anything having to do with a “Hemi”, the Roadrunner is the only car that comes to mind. The 383ci Hemi that called the 1968 Plymouth Roadrunner home, produced 335hp. The more powerful 426 Hemi threw down an impressive 425hp. The Roadrunner was a true performance car. Having an extensive amount of options for the Roadrunner was not a concern for it’s fans. In it’s “back to the basics” approach to raw performance and power, everything about it was essential to function and performance. Boxy and not too frilly, it was beautiful nonetheless. 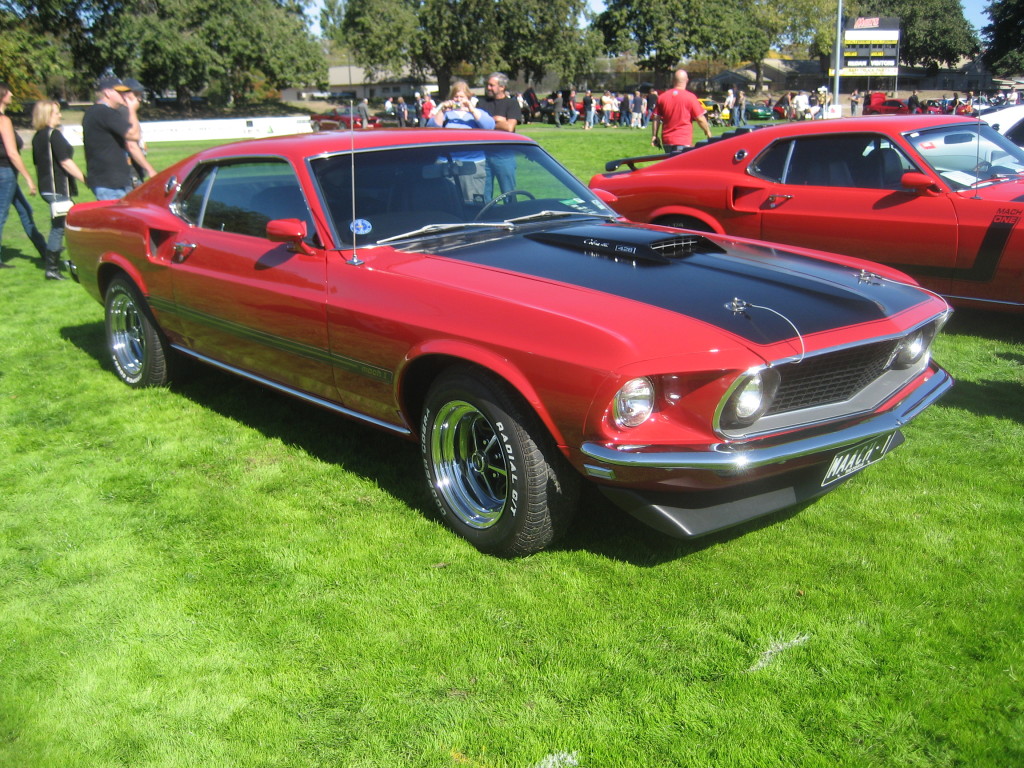 Now, I think at this time it’s appropriate to give the Mustang its dues. After all, by 1969, the Ford Mustang 428ci Cobra Jet had come a long way from its wheezy little 289ci high-school-prom-queen car. Ford finally brought a decent fight to the big block Chevy and Pontiacs of its time. The Cobra Jet 428 out-engineered the restrictive heads of the small block Ford motors. It also took a little something from Pontiac and adopted the popular ram-air intake system. The Cobra Jet was rated at 335hp, but calculations done independently put the output closer to 410hp. This car is iconic because it rekindled some respect for the Pony Car. Ford finally had a true stake in the muscle car game. 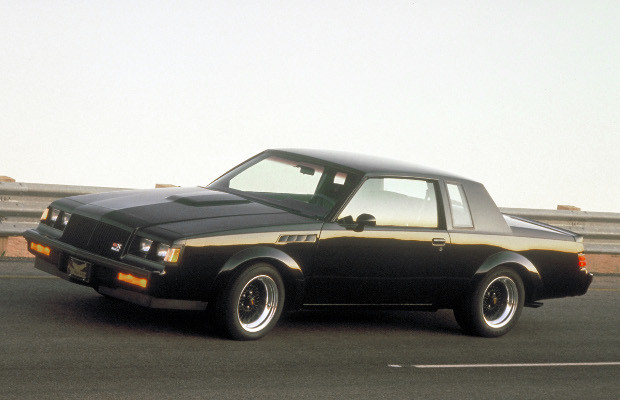 Moving forward in muscle car history, we’ll skip entirely over anything made between 1972 and, well, mostly anywhere in the 80’s. There is, however, one cool cat that deserves to be called out. While the rest of America’s auto market seemed to think that plugged up, hosed, out and decompressed V8’s of the past were acceptable, Buick had something special up its sleeve. Was it a brand, new full-bodied, monster of a big block V8? Nope, not even close.

Buick’s new speed demon child was a V6; a 3.8L turbo charged V6. And thus the Grand National was born. In the early 80’s, the Grand National was cool, but not necessarily a monster. It wasn’t until 1987 that it hit its performance peak. The 1987 GN made 245hp and 355ft lbs of torque. While this is not entirely that impressive, it did put the old adage of “there’s no replacement for displacement” to the test.

In 1987, the Grand National hit the gym and the Grand National-X or GN-X was born. Unfortunately, it’s production was perhaps the most short lived in automotive history as it was also laid to rest that very same year. Only 547 were ever made in 1987, but and they were all beautiful beasts.

The GNX made 276hp and 360lbft of torque. It leaped from 0-60 in just 5.7 seconds and finished the quarter mile in 14 seconds. At least, that’s what Buick claimed. The truth is, many of the GNX’s actually had no problem spitting out 300hp and 400lb ft of torque during independent testing on the dyno. On the drag strip, the GN-X leaped from 0-60 in 4.5 seconds and slammed the quarter mile in just 13.26 seconds. To put this in perspective, the 2013 Porsche Cayman S does 0-60 in just 4.7 seconds. Speculation is that GM actually fudged the GNX’s numbers to keep the image of the Corvette intact.

“It’s just a Chevelle with a longer wheelbase,” they all said. “It’s a luxury car, not a muscle car.” These were all things critics barked at the first generation 1970-72 Chevrolet Monte Carlos. The truth is, I own one and I believe it’s the embodiment of American muscle. The Monte Carlos were indeed intended to be a sort of luxury coupe for Chevrolet. What makes them great is that you can fit just about anything you want under the 6ft hood while still maintaining about 3ft of fan shroud between radiator and crank pulley. The Monte Carlo could be had with a 350ci or 400ci small block, and the SS model came factory with a big block 454. The SS was the only model that offered a 4spd manual transmission, but any of the models could be had with a 12-bolt rear end 350, or 400 and bucket seats.

The car has classic lines, and the single placement headlights separated from the grill are certainly unique. The Monte Carlo is surprisingly light for its seemingly monstrous size and you can easily fit some fat rubber in the back without having to tub it. What also makes the Monte Carlo great is it’s center of gravity. Because the hood measures about 6ft, and the engine sits back closer to the firewall, it has the ability to handle quite well around the track. Many were used, and unfortunately destroyed, in the 80’s and 90’s for circle track and dirt track purposes. 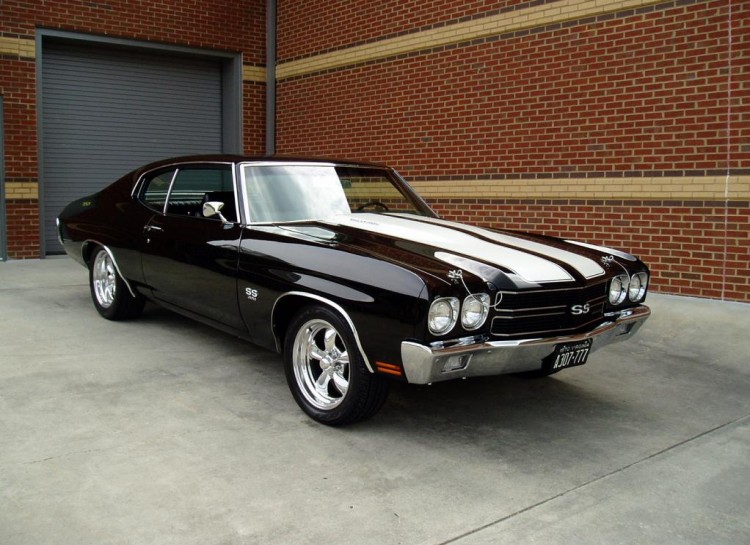 Our last contender is one of GM’s most widely recognized and collected muscle cars of its time. It even has a 1990’s post-grunge rock band named after it. The 1970 Chevrolet Chevelle SS has truly iconic lines. It features matching side-by-side headlights and taillights, a mean black chrome outlined grill, and racing stripes never looked so good on any other car. The 454ci big block iron Chevy under the hood put out somewhere between 450 and 500 horsepower and was one of the fastest cars on the street at the time of its release.