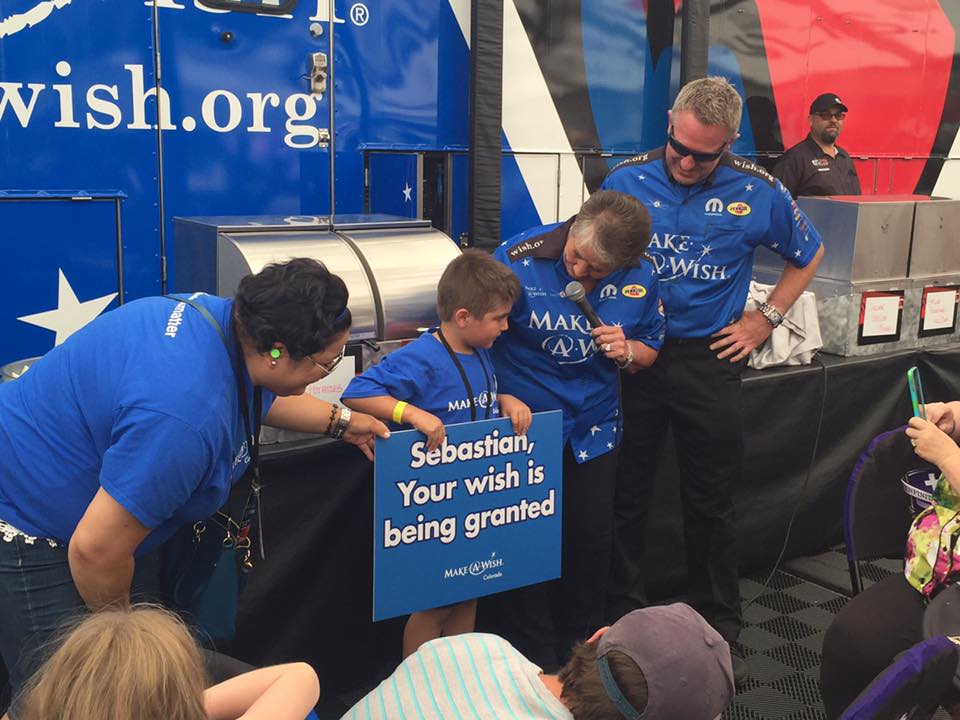 In Denver, Johnson Jr had a quarterfinal finish defeating Chad Head, before getting beat by Courtney Force in a very close race, 4.016 seconds, 215.56 mph – 4.032 seconds. 315.71 mph.  Going into Sonoma, Johnson returns to wine country after reaching the finals last year before bowing out to Jack Beckman in a side-by-side race. 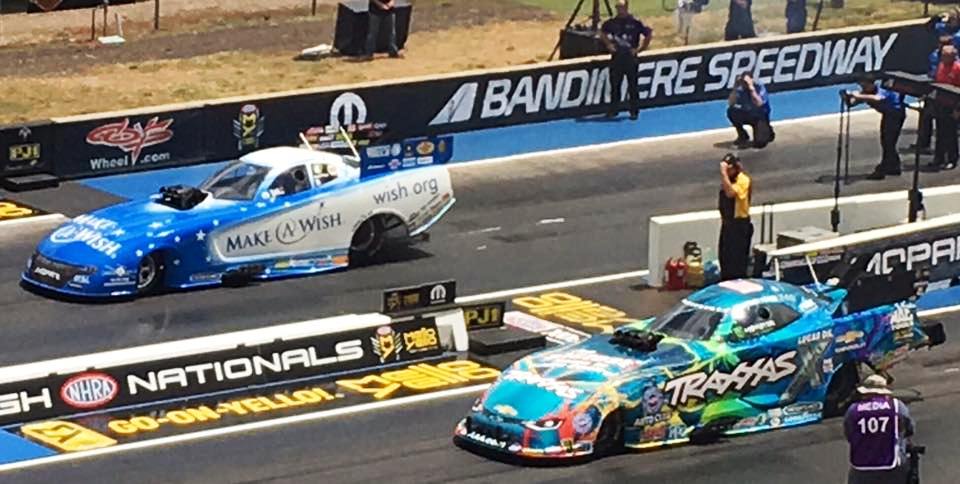 “It’s so tough in Denver and I was just so happy we didn’t tear up any parts at all.  The car ran good, didn’t run as good as we wanted, but it still ran good.  Just to lose a close one like that in the second round, it was actually pretty frustrating.  You hate to lose but you really hate to lose a close one like that.  It could have gone either way.  A .01 to a .03 and a 60 to 62 light (reaction time) is a good drag race, but this time I was on the short end of it.

“Qualifying is so important and it’s so important to qualify in a good spot to put yourself in position.  I mean it doesn’t always work out that way.  A lot of times you go back and look at the ladder, qualifying is way more important than you think it is.  It sets you up for race day and puts you in the right place.  We qualified in the bottom half of the field; we were No. 9, and I was able to win first round — No. 8 against No. 9, but then go up against No. 1 second round.  It all has to goes back to qualifying and how you did in qualifying to set you up for a great race day.

“I stayed over in Denver on Monday.  As you know, Jack Beckman’s team has raised awareness about Infinite Hero and Terry Chandler funds that sponsorship.  They put on a great golf tournament on Monday and it’s the second year in a row we’ve done it.  It’s just a great event to raise some money for Infinite Hero and the great things they are doing for our veterans.  Being able to meet a lot of them this weekend was a great experience.  J.R. Martinez (All My Children, Dancing with the Stars) was out at the track with us this weekend.  I also met the brothers of Marcus and Morgan Luttrell.  Marcus is the author of Lone Survivor, from which a movie was made after.  To hear their stories was fascinating and I was reading their books as I was flying out here.  It was a great event that I was able to attend and thankful for their service.

“So, when you fly to San Francisco, what do you do when you’re in wine country but go on a wine tour so that’s our plate for Wednesday.  We always try to visit the petite wineries, the small ones that are family businesses along with some big corporate ones, but we tend to favor the small private wineries.  I’ve gotten to know of lot of them and it’s been nice because over the past few years of doing this   We’ve become good friends with a lot of them and have some really great relationships with the people who own the winery and we always look forward to seeing them and having them out at the races.  Not only are they good friends, they also bring great wine to the track.

“I always tried to visit Scoma’s when we’re out here because Joey Scoma is always at the races.  I love their seafood, but IN-N-OUT is always on the menu.  There’s one right down the street from the hotel.  I’m trying to be on a diet on this western swing and lose a little weight.  We now have to put so much weight on the front end of the race cars to keep the front end on the ground, I thought I would try to help by taking off 10 pounds, but it seems every time we get to the Bay area, it’s all good restaurants.  It’s going to be hard to stick to that diet this week.

“Now this weekend, I’d never really done much at Sonoma until last year when finished runner-up and now I’m looking forward to it.  It kind of set our team our team off in the right direction after making it to the finals against Jack (Beckman) and went on to Seattle to win.  From there we went on to get to the finals at Brainerd.  It was the first of three races in a row to go to the finals.  Just getting to the finals is so tough.  We won one of the three, but just to get there and do three in a row is a really great feat.  It would nice to kick that off again, get back to the finals, and start things swinging again.  Maybe we peaked a little early last year.  I already have a win this year (Bristol) like last year coming into here.  I don’t think we’ve started our peak yet, which is good because with the Countdown coming, I think it needs to start here.  Last year we started a little earlier.  I went four of five races last season in the finals starting in Chicago.  Then Sonoma was our second finals in the string.  This year, I would like start maybe say, Sonoma to be the first, that way we could peak a little later in the season. “