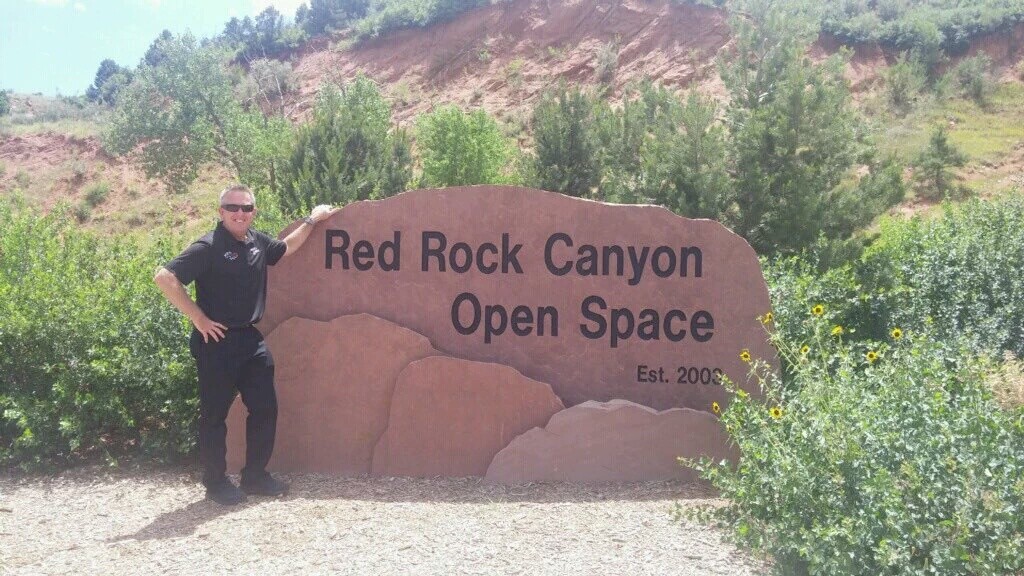 “You know, everybody thinks you just show up at the racetrack and go race some cars, but there’s a lot of work involved.  I flew out of Indy at 6 o’clock in the morning and arrived, landing in Denver and was picked right up from the airport and was on the way to radio interviews.  By 8:30, I was already doing interviews and from there we went down to Colorado Springs for more media to help promote the race.

It was a full day of interviews and we finally got back around 5 o’clock back at the hotel and ran into my guys.  We all went to eat Mexican and hung out for a while.  Then we went to our assistant crew chief, Rip Reynolds daughter’s house to watch the NASCAR Truck race.

After that, I went back to the hotel to finally get some sleep.  I think I had been up for 21 hours and was out of nitro at that point. 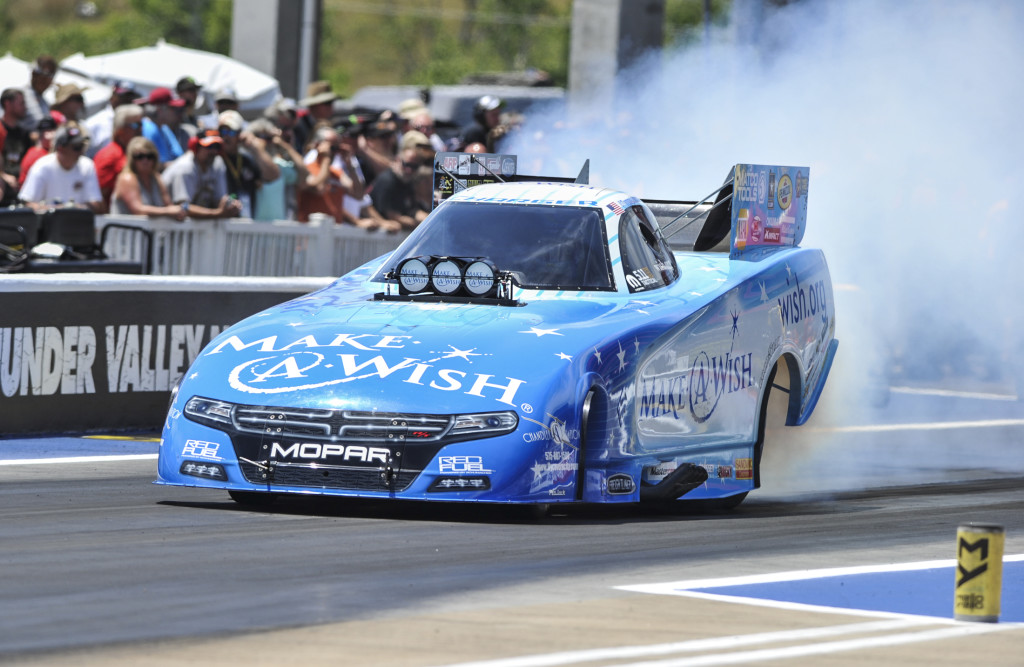 You get some sleep and then it starts all over again.  Of course, this being a Mopar race and I’m a Mopar driver, so there are a lot of activities planned.  Thursday, we’ll be at the track’s press conference for the luncheon.  Once that’s over, I’m heading to Golden for the Mopar Block Party.  For us, it’s the biggest media and fan event we do all year.  It’s a great event and I invite fans to come out.  Over the years, the event has grown and grown.  You can’t believe the turnout they get every year.  It’s probably one of my favorite events of the year to get to the Mopar Block Party.

Of course, I’ve raced Bandimere Speedway for many years when I was living in Iowa.  I think one of the first years I raced there was the ET Bracket Finals and as a kid, I started drag racing motorcycles.  I came to the Bracket Finals in the motorcycle class probably in ’81 or ’82.  Then I raced at Bandimere in the Super Gas class in 1984, then later Alcohol Funny Car, and then Top Fuel and now Funny Car.  I feel like I’ve been coming to Bandimere forever.  It almost feels like a home track. 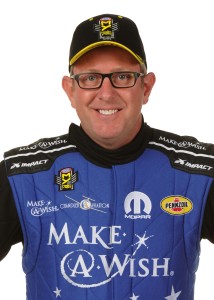 When you really get down to it, it’s funny that Denver is such a hard event.  Fighting the altitude, we change so many things on the car.  So, we come in here and it can be a really good weekend or a really bad weekend.  It’s kind of a gamble.  We have a very small book of data because we only race in this altitude once a year.  We’ve been on some upswings and we have been running very well.  You come into Denver and hope for the best.  You can’t get upset if it’s a bad weekend.  There’s going to be a lot of people with a bad weekend and only a few that really hit the tune up.  If it turns out to be a great time, then you need to take advantage of it and try to move yourself up.

You kind of come into Denver with the mentality of it’s a crapshoot.  You just don’t know what is going to happen.  You use it for a wash of a race and then go on to Sonoma and get back to normal.  Your attitude coming into the event has a lot to do with it.  I like going to Bandimere just because I’ve been coming here for so many years and have seemed to do well.  A lot of guys and teams dread coming to this race.  If you can come in here and have a good weekend and move on, it can help you a lot.”

This weekend’s NHRA live event will be the first on FOX Network starting at 3 p.m. EDT on Sunday.  Friday night qualifying starts the weekend with a live qualifying show at 8 p.m.  Saturday night’s final qualifying show airs at 11 p.m. on FOX Sports 1.