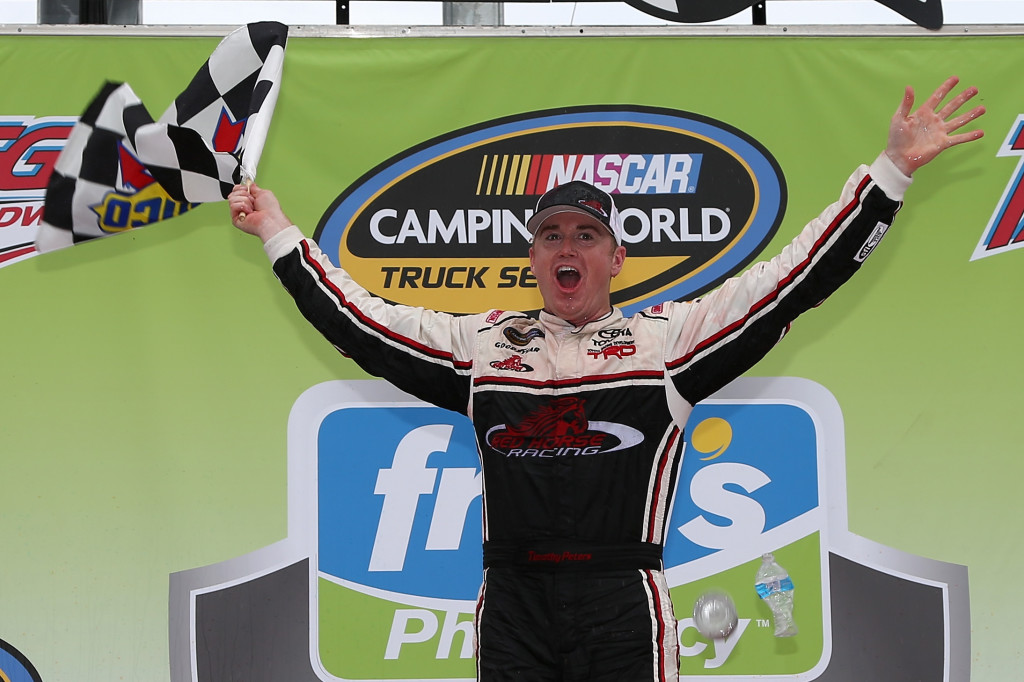 Crossing the finish line under the yellow and checkered flag with NASCAR implementing the rule of only one G-W-C attempt had Peters ecstatic, getting his first win of the season and ninth of his career.

On the final restart, Brandon Jones, driving the No. 33 GMS Racing Chevrolet, had the lead and picked the preferred inside line instead of staying in front of teammate Spencer Gallagher in fourth in the lineup with Erik Jones to his inside.  That proved fateful when on the green, it was Gallagher that pushed Peters into the lead in the outside lane.

Down the backstretch, Gallagher and John Wes Townley wrecked going for position in the outside lane sending both into the wall.  NASCAR control put the yellow back out and the field was frozen with Peters as the winner. 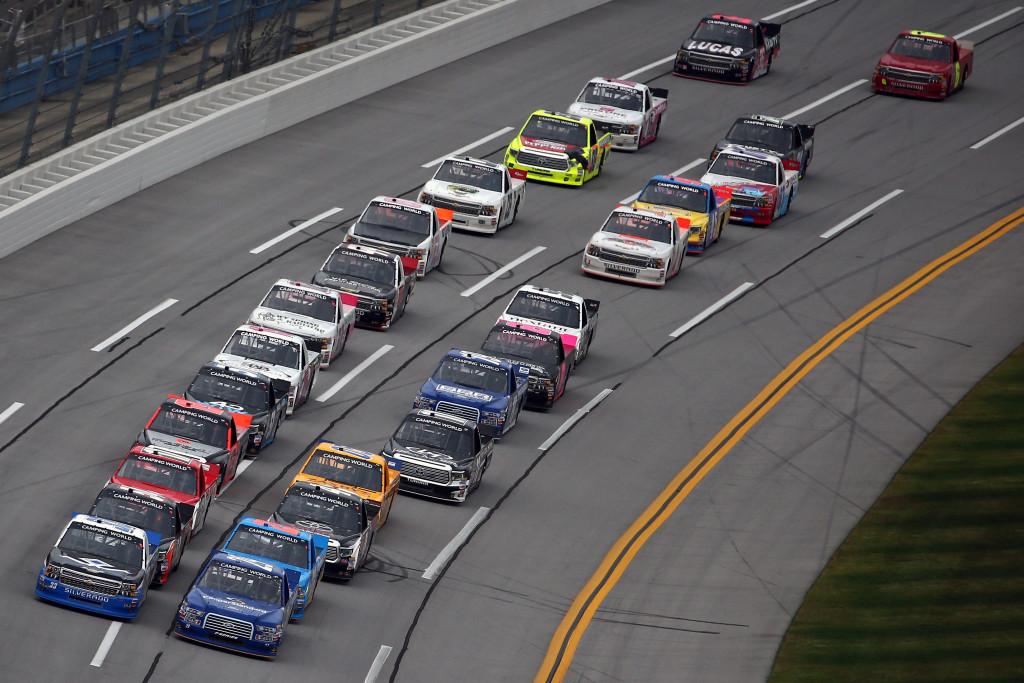 “I kind of thought that maybe he would take the outside,” Peters said, “but we’d already gotten the radio from the tower that this was going to be the one and only attempt [at the green-white-checkered].  At that point, teammates are good for 95 laps.

Jones finished in the runner-up spot with Mason Mingus having a career best day of racing in third.  Points contender Erik Jones finished fourth followed by Tyler Reddick in fifth.

Crafton had a myriad of problems during the race and was eventually taken out of contention, tapping the rear of Stan Barrett, Jr. on lap 86. Later on, on the restart with three laps to go, he was involved again in a crash not of his doing in trying to escape the melee of Johnny Sauter and Matt Tifft right in front of him.  He led the most laps in the race at 43 circuits finishing 24th, only two laps down despite all his troubles. 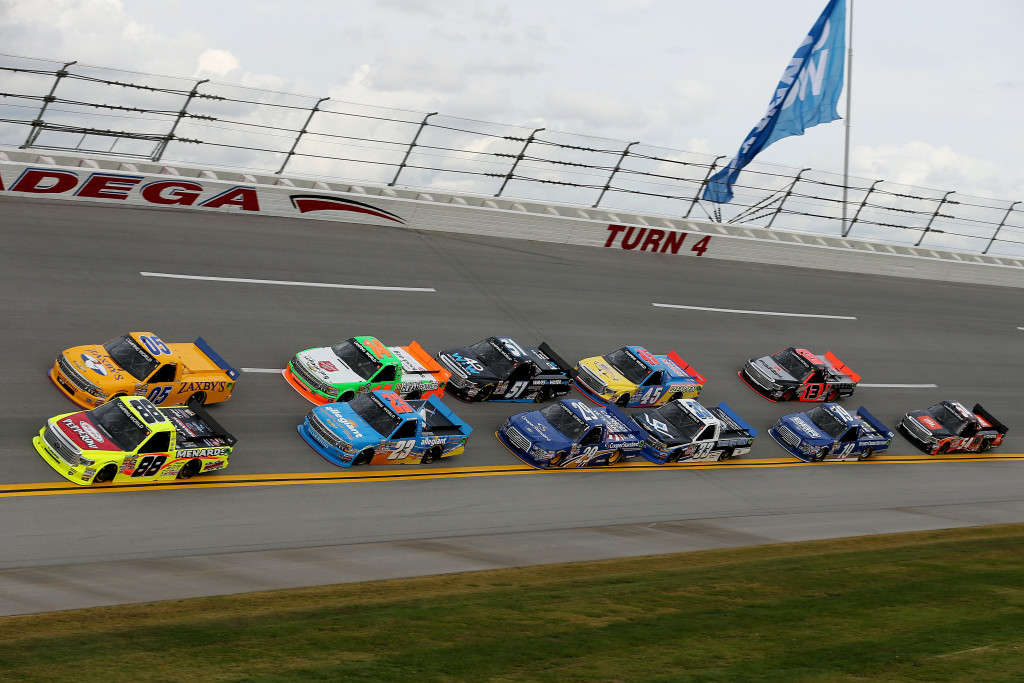 Other frontrunners that stumbled with victory within sight included Christopher Bell, winner at Eldora, when he stayed locked to the bumper of Brandon Jones pushing him a little too long having NASCAR to issue the black flag on his No. 54 Truck with five laps left relegating him to the end of the lead lap trucks finishing 13th.

Brad Keselowski’s No. 29 Ford 150 driven by his brother, Brian, was a contender all day, staying up front and leading for 10 laps, but he ran out of fuel at the start of the G-W-C period and ended up 17th.

The average speed of the Fred’s 250 powered by Coca-Cola was 130.051 mph slowed by six cautions for 25 laps.  There were 15 lead changes among nine drivers.

Upcoming for the NASCAR Camping World Truck series will be the running of the Kroger 200 next weekend on Halloween Saturday, October 31, at the Martinsville Speedway airing on FOX Sports 1 at 1 p.m.