For as long as he can remember, Kurt Flannery wanted a vintage race car, the Orangeville IL, tool salesman thought about recreating a 1920’s board track or Indy racer. That idea crystallized in 1999, when Flannery found a Model A chassis and engine block. Several thousand hours and nearly a decade later, this home built ’29 Ford race car turns heads wherever it goes.

Except for aluminum floor pans and gas tank, the body, including the firewall and dashboard is made of steel. Tiny doors provide access to the small cabin. Adjustable bucket seats have seat belts and the four-spoke steering wheel is set in the right position for a medium-height driver. The engine roars to life, reminding you that you’re not in a passenger car.

Use of a high-compression head, Riley two-port intake manifold, dual Stromberg 97 carburetors, and a V-8 water pump enabled Flannery to nearly triple the flathead four-banger’s horsepower to 110. Flannery added insert bearings and stainless valves, welded counter weights on the crank and pressurized the oiling system. He installed a Winfield grind camshaft and 24-pound aluminum flywheel. On the outside, he dressed up the motor with aluminum side covers and a ceramic coated header. Upon accelerating, the engine packs a punch and the loud exhaust echoes in your ears. Flannery chose number 27 for this 1900-pound racer as a tribute to Gilles Villeneuve, whom he met while both raced snowmobiles in the early 1970s.

Stewart Warner gauges grace the dash. The floor lever shifts handily through the three-speed manual gearbox, while mechanical brakes provide sufficient stopping power. The race car sits 10-1/2 inches lower than the Model A. Flannery Z’d the frame, which lowered the frame and body without altering the suspension. Wheelbase was stretched to 114 inches and the speedster rides on 21-inch wheels. “Building this race car was a long but fun journey,” says Flannery. “The biggest challenge was constructing the body.” 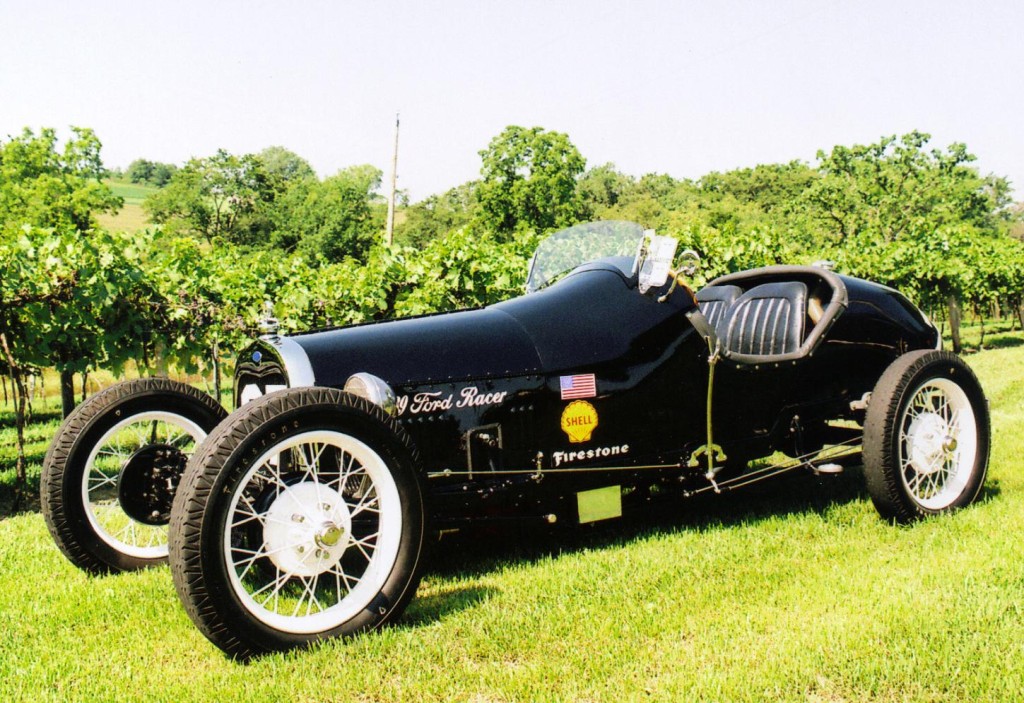 Flannery made cardboard templates to get the body shape he was looking for and used steel tube to create the skeleton. He had no experience in this area and learned by trial and error. “I borrowed a bench top English wheel, but really didn’t know how to use it, I also had an Enco 3 in 1 machine. I started with the smaller parts, and many pieces of scrap metal later, managed to turn out the speedster body I had dreamed of,” he says. “Anytime someone stopped by my shop and asked what I was building, I pointed at the pictures on the wall and I told them I hoped mine would turn out half as good,” says Flannery.

Not surprisingly, most of the 8,000 miles on the speedster’s odometer were accumulated while driving to vintage car races. Flannery also enjoys putting the car-which he values at $20,000-in the concours d’elegance at Road America in Elkhart Lake, Wis.