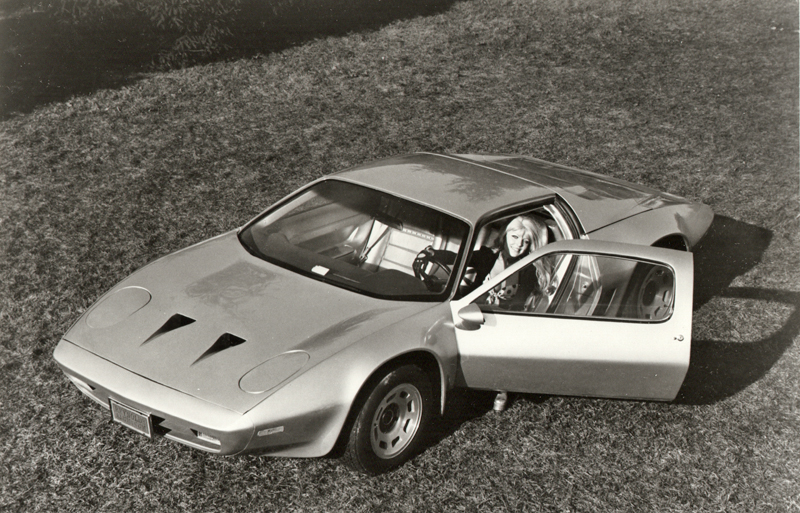 If there is ever a car that is able to be called the All-American sports car, it’s the Corvette. With its fiberglass body, the car was designed to be lightweight and powerful, allowing the car to be capable of seemingly impossible driving characteristics, but was there ever a metal Corvette built?

The answer to that question is yes and no. Although no production Corvette was ever constructed from a metal alloy, in 1972, the folks at General Motors and Reynolds Metal Company (the makers of aluminum foil), to collaborate to build a distinctive “study vehicle”. At the meeting of the Society of Automotive Engineers in late February and early March, The two collaborators unveiled their completed concept. The experimental car proved that the use of aluminum could provide a body that possessed the same strength as steel, but saved about 400 pounds.

The XP-895 was designed by GM and built by an outside supplier for Reynolds Aluminum. While building a car from aluminum was not a new idea—many European exotic cars had aluminum bodies, as well as the Cobra, but an aluminum production car was another matter.

Reynolds used a 2036-T4 alloy to make the all aluminum Corvette body, and except for the bumpers, tires, and interior parts everything else was made from aluminum. The main concern about using aluminum in production was that the body would have to be spot-during assembly in a production line. In order to compensate for aluminum’s lower factor of elasticity, many of the parts’ attaching flanges had to be made thicker. Two-part epoxy was also used for added strength and to eliminate crevices that would trap salt and dirt.

The Reynolds car was powered by a transversely mounted 400 small block that was mated to a three-speed automatic transmission. It had an all coil-spring suspension, and separate rear deck lids for the engine and luggage compartments.

Eventually, XP-895 was tossed aside, as the traditional fiberglass bodied Corvette was still selling well enough to make a replacement unnecessary, never mind one that would certainly have cost a lot more to build.

You can still see the car, as it is housed in the GM Heritage collection in Detroit.