RacingJunk News > Classifieds > This 1971 Charger Superbee will Have You Buzzin’ 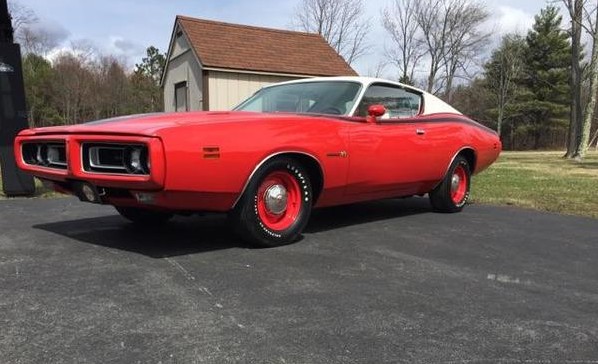 MOPAR guys have it tough, if you’re one of those guys chances are you just sit back and relax while your Chevy and Ford friends go at it all day; which is probably pretty entertaining. Those are the good days. Most other days are spent quickly changing the channel from T.V auctions before you find out what your Challenger from high school is worth now.

In 1968, the Plymouth RoadRunner was MOPAR’s mid-size performance ambassador. There was a rivalry between Plymouth and Dodge in that time, which prompted Dodge to release their own performance version called the ‘Superbee.’ With the birds vs the bees in full effect, it was clear that after a couple years that the Roadrunner was the clear favorite. In 1971, Dodge decided to transfer the ‘Superbee’ name to the Charger platform.

A numbers matching MOPAR is a recipe for success, that’s why this 1971 Dodge Charger Superbee can be had for close to $100,000. Unfortunately for this Superbee a Hemi will not be found under the hood, rather the 440 Six Pack torque monster instead drives this behemoth. It’s hard to miss this car driving down the street. Everything from the two-tone paint scheme, the Ram Charger Hood, to the Super Bee emblems, tells you this isn’t your ordinary Dodge.

About Ralph Guerra 41 Articles
Ralph Guerra is the associate editor for RacingJunk.com. Ralph grew up in Southern California's car culture and quickly became infatuated with anything and everything V8. Whether it was a 63 Fairlane with a 289 or a Gt500 with a supercharged 5.4, if it was a V8 he wanted to drive it--fast.