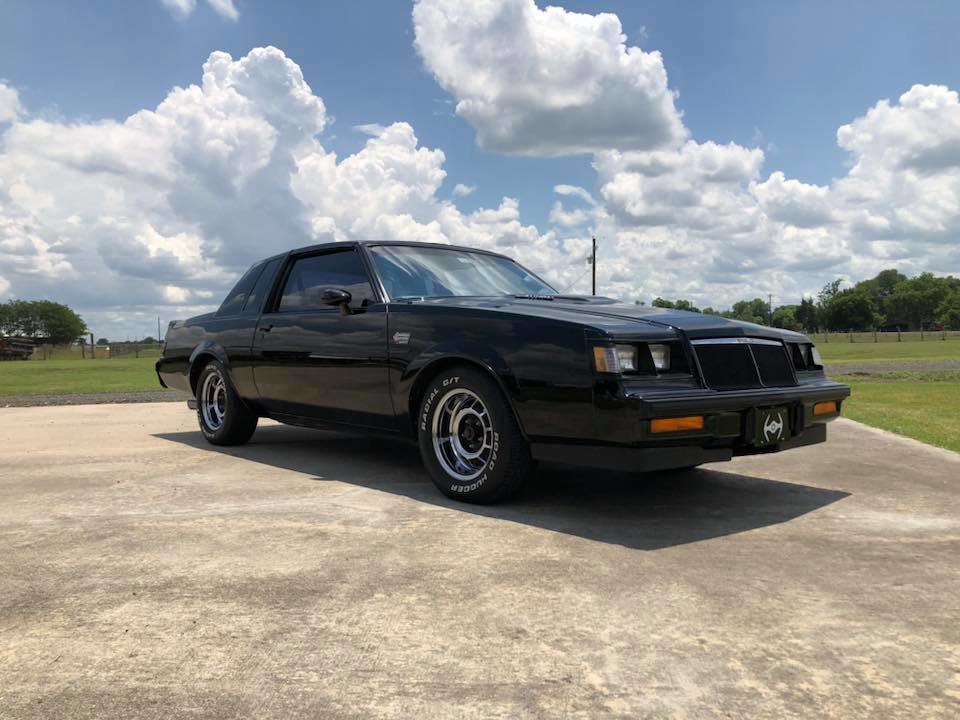 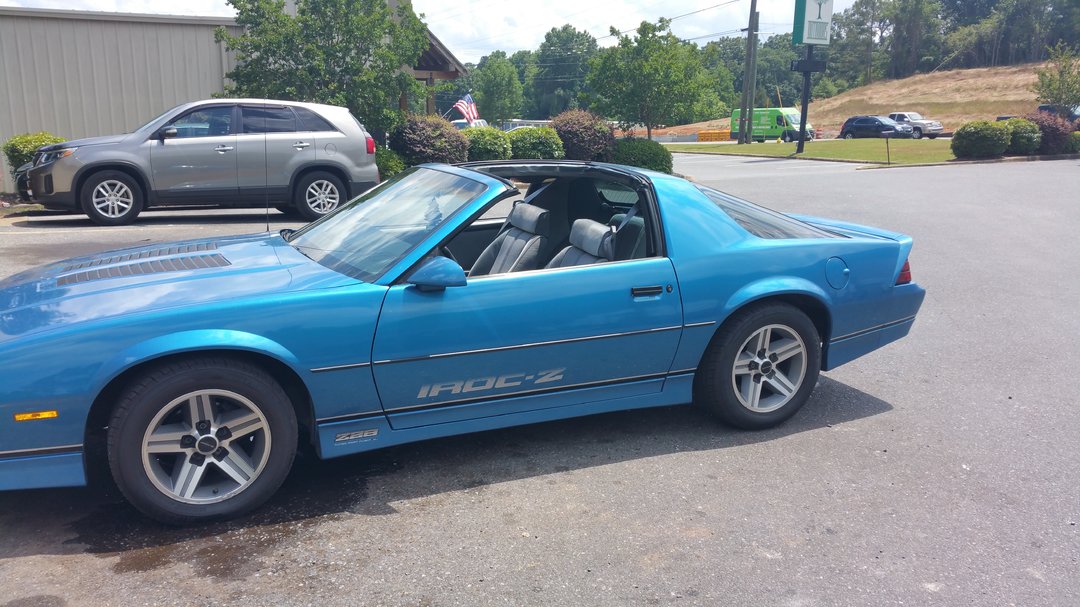 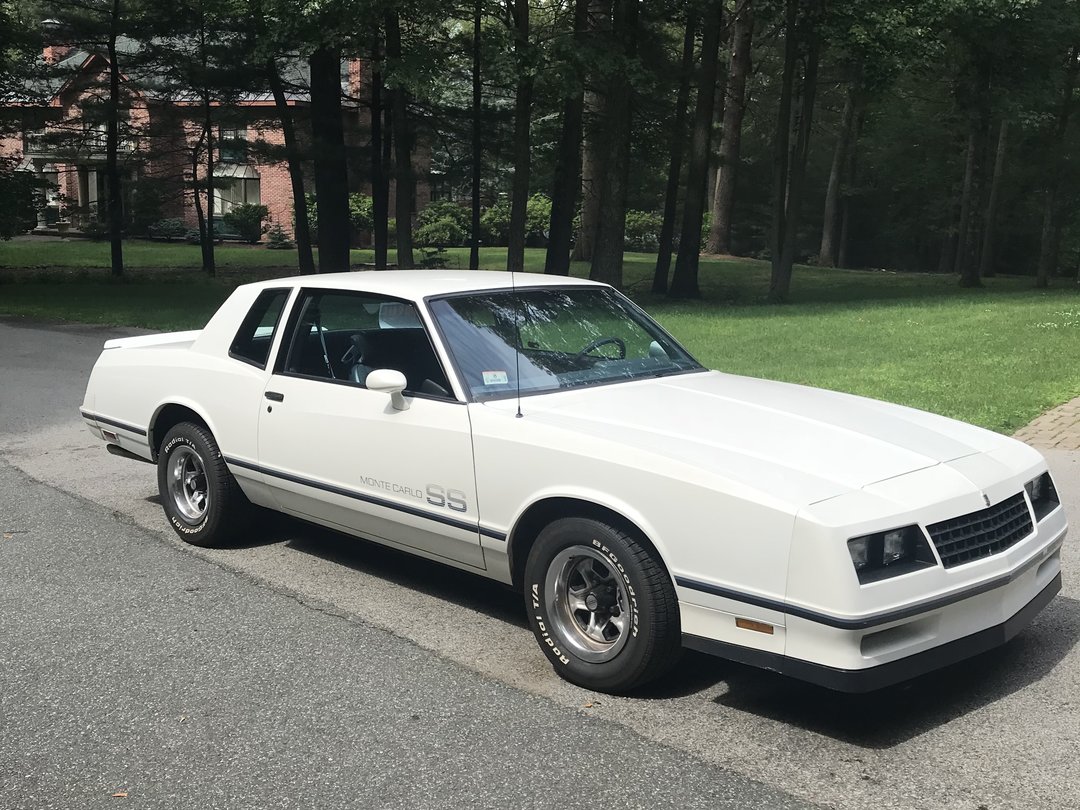 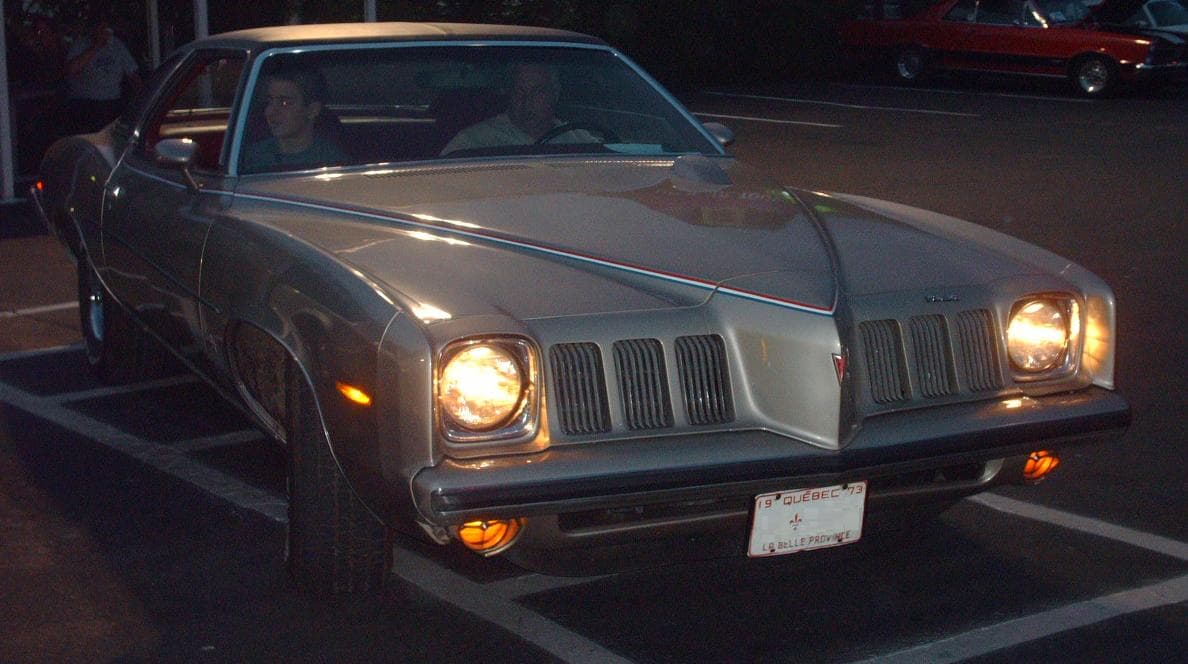 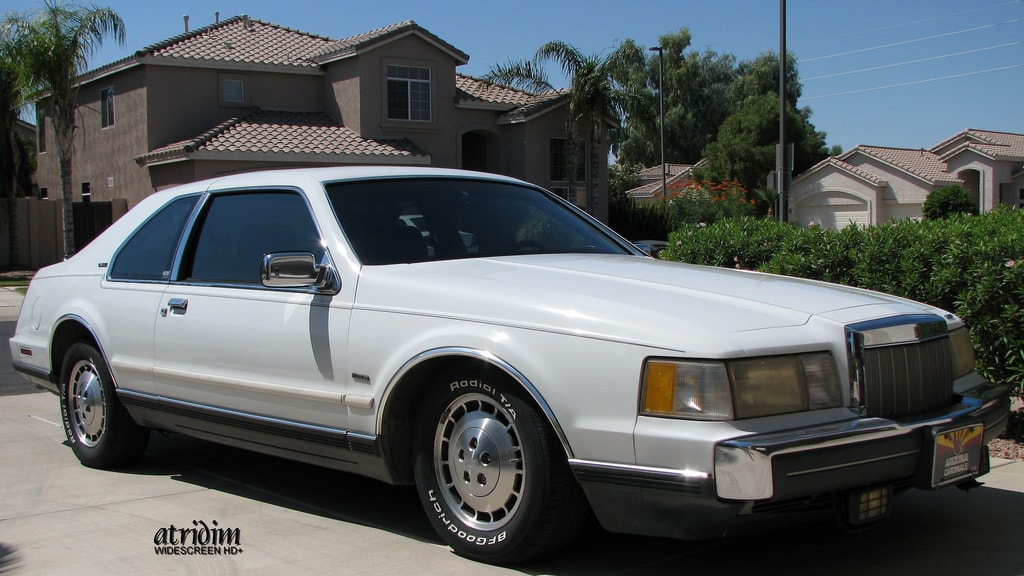 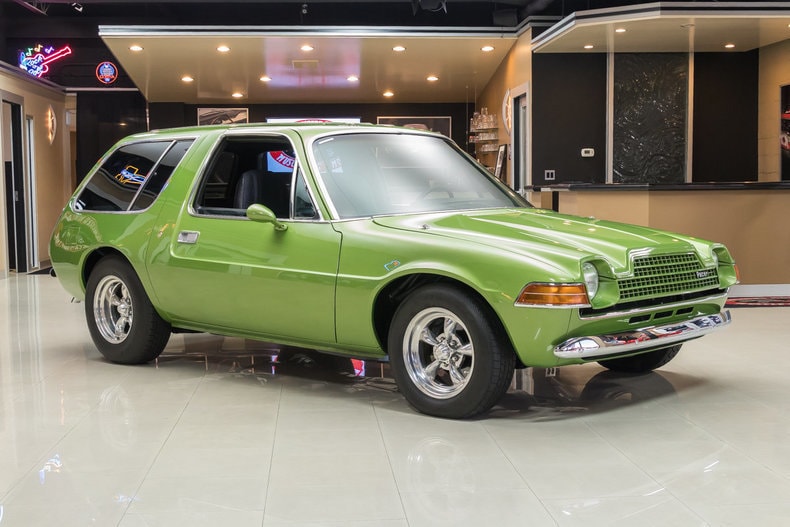 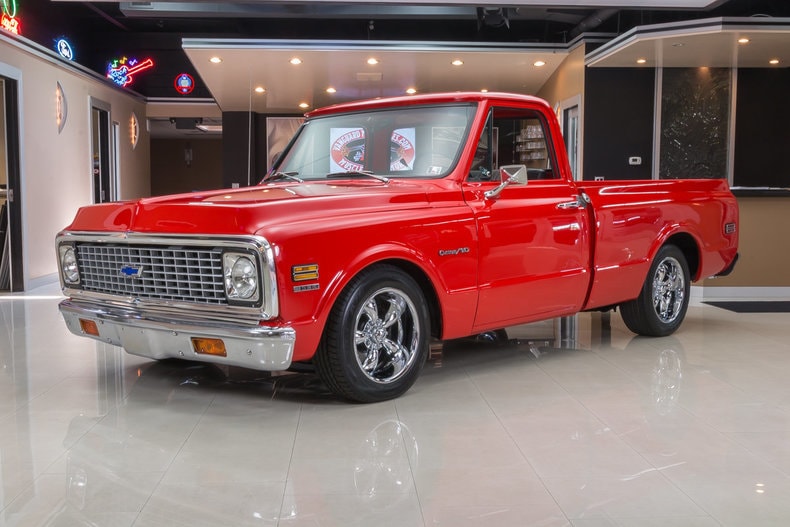 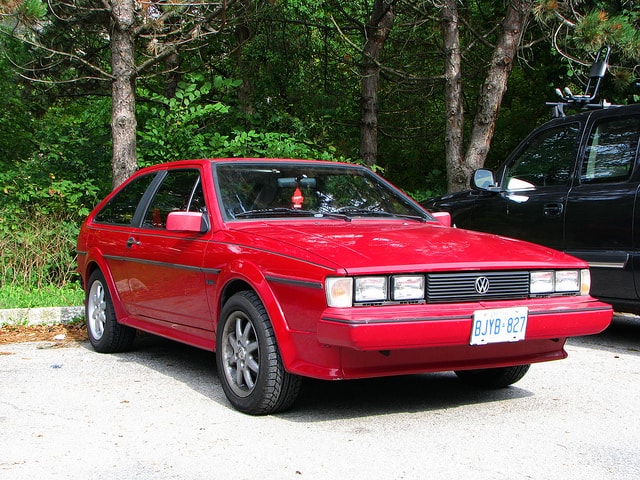 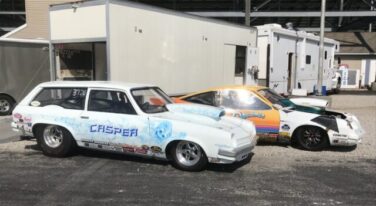 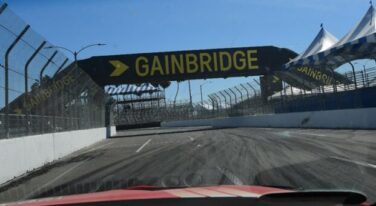 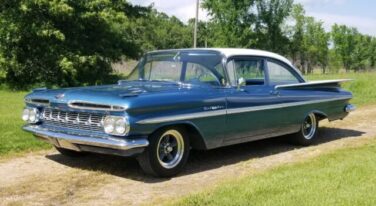 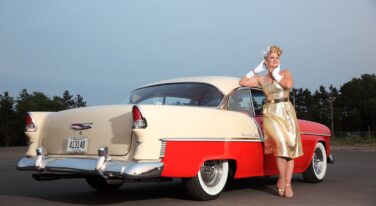 I’m trying to get my 1954 Chevy finished in time for the NSRA Northeast Street Rod Nationals in Burlington, VT next month, and it got me thinking that if my ‘54 isn’t ready I could’ve brought my 1988 Ford Mustang GT - if I didn’t just sell it in June.
Since NSRA allows 1988 and older vehicles into their events, and Good-Guys Rod & Custom have opened up the door from the old cutoff of 1972 to the current cut of 1987, I started daydreaming about what other more modern rides would work for these shows. And once those wheels started spinning, I thought it would be fun to share my personal favorite 1973-1988 rides with our audience and see what rides everyone else likes.
Note that I’m leaving out the last few years of popular ‘60s body-styles such as the 1968-74 Chevrolet Nova, 1967-76 Dodge Dart, etc. There are plenty of the early years of those at the shows already.

Much like Henry Ford said about the Model T, you could have the Grand National in any color you wanted as long as it was black. With underrated horsepower and torque specs from the factory (so as not to steal corporate-cousin Corvette’s thunder), this V6 turbo monster is probably going to be my forever “if I hit the lottery” nostalgia buy. Prices have climbed so high on these you get a nosebleed looking at them, and while you can still score little brother T-types for a reasonable price and make a clone, it’s just not the same as the real deal.
Ford may have saved the muscle car when it introduced this foxy pony in 1979. GM’s offerings had become sad, underpowered shells of themselves by this time (with one notable exception, which you’ll find on the list); there was nary an offering to be found from Chrysler, and they needed a home run to help enthusiasts forget the Mustang II ever existed. I may be biased because I really loved my ‘88 GT, but we all remember Vanilla Ice cruising in his 5.0 and wanted one too.
The fox body made GM stand up and notice that the pony car wasn’t dead, and the general came roaring back with the fuel-injected small block IROC-Z. With aggressive, edgy styling and a revised suspension setup that was a huge upgrade from the leaf-sprung F-body of prior years, the IROC really carved the corners for a pony car in its day. My personal IROC was a red, 305ci/5 speed car with t-tops and it didn’t make me at all look like I was having an early mid-life crisis when I had one in my 30s… The only thing missing was the mullet I had in high school.
This was literally the car got away - my ‘86 Monte SS was stolen from a hotel parking lot in Boston while I was in the city for a convention. Having just gotten her out of the body shop the week before, my freshly painted white SS was wrapped around an unsuspecting homeowner’s front porch when the thief lost control during the ensuing police chase (really, you can’t make this stuff up). I think I still have the SS horn button somewhere as a souvenir…
I’ve pretty much always been a second-gen Firebird fan. In addition to having one as my first car, I’ve owned more of these than any single model out there (five and counting). Who hasn’t dreamed of ripping down a back road, t-tops off, while Eastbound and Down plays on the 8 track? With real Pontiac big block power available, the Bandit-era cars were the last great holdovers from the muscle car heyday of the late ‘60s and should be on every collector’s list.
While we’re talking about Pontiacs, let’s not forget they made some pretty sweet bigger cars, including the ‘73-‘75 Grand Am, which was available with the 400ci motor as the base and the 455ci motor at the top end! With sport-tuned suspension, radial tires (rare as standard equipment in those days), louvered windows and a beak-like Endura urethane nose, the Grand Am’s styling really stood out from the other cars on the road.
H.O. 5.0 LSC option? Check. 16” wheels? Check. C.B. radio? WHAT? Yes, really. Luxury means every option including the kitchen sink, so Lincoln gave you a C.B. to go with your fancy new digital dash in the early Mark VIIs. Based on the Thunderbird and Cougar platform, this ¾-sized new Continental was a comfortable cruiser that had performance to back up its looks and has become a great option for the Ford fan who doesn’t want to crash a Mustang leaving Cars & Coffee.
Fun cars aren’t always about going fast. If the Pacer was good enough for Wayne & Garth, it’s good enough for me. And just in case you change your mind about the going fast thing, they came with the AMC 304 V8 as an option, so there’s room to swap a good MOPAR mill into one of these little rear wheel drive bubble cars - and then you can really party on!
I’m going to toss a couple of curveballs on these last two. Hot rods don’t always have to be cars or even domestic models, right?

In 2wd short-bed form, the square-body truck looks awesome dropped to the ground on airbags. With tons of room under the hood, you can do pretty much anything you want, but my choice would be a 6.0LS, six speed, with a proper vinyl bench seat for nostalgia’s sake. I’d like mine in midnight blue with a black interior and the original GM rally wheels for a real sleeper look, please.
If pushrod V8s aren’t your thing and you like European cars, the late second-gen Sciroccos could be had with body skirts, a rear spoiler on the hatch and the same 16V motor as the original hot hatch GTI. I didn’t want to be another BMW 3-series, 90210-looking kid in the 90s, so grabbing a white 5 speed Scirocco was a cheaper, unique way to go when I needed to combine fun and economy to get me back and forth to school.
Back to Post