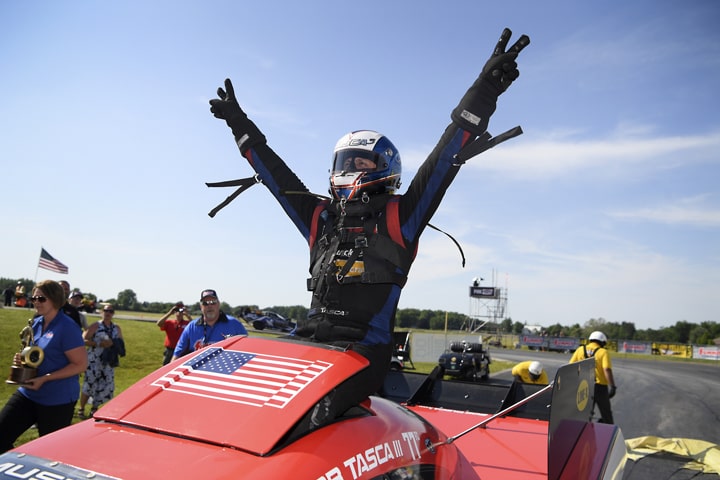 Tasca’s wins in Bristol and Norwalk opened the door for the Hope, Rhode Island native to pick up his first career Funny Car win in Epping, just a few hours from his home and his seventh career flopper win. While he suffered a victory drought from 2012 until last month, Tasca is encouraged that so many fans continue to drive to the New Hampshire track to watch him and, this weekend 14 other racers compete for Funny Car wins. 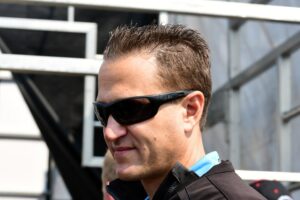 On this Fourth of July weekend, Tasca III is hoping to provide some real fireworks from his 11,000 horsepower Motorcraft/Tasca Auto Parts Ford Shelby Mustang. “I’m looking forward to Epping and it’s my home track,” said Tasca, currently seventh in the 10-driver slotting toward NHRA’s Countdown to the Championship, which commences after the 18th race of the season, Labor Day weekend’s Chevrolet Performance U.S. Nationals.

“It’s been home to some great memories for me,” he said of the Epping dragstrip. “I’ve won in everything but my Funny Car there, but this is the best car I’ve had going there. It would be great to go up there and do well. New England is a great place this time of year and Fourth of July weekend, it’s going to be a fun time.”

There will be challenges from both his four-wheeled and two-legged competitors, in addition to the weather on tap this time of year. Yes, it will be hot; yes, it will be humid for much of the proceedings, yet forecasts show a drop of more than 10 degrees from Saturday to Sunday, the second qualifying day offering the possibility of scattered thunderstorms, not unusual in New Hampshire during early July.

Tasca’s success at mid-season comes in his second year after a return to full-time NHRA Funny Car competition after a few years on the sidelines. After Ford Motor Co. cut its NHRA holdings, Tasca was forced to join his manufacturer of choice on the sidelines. Countless discussions with Ford ensued and Tasca, along with his family were able to convince Ford to return in 2018. Thus began a year of learning the nuances of rules changes and, this year, advancing a new Ford Shelby Mustang body style introduced for Tasca at the start of the season. 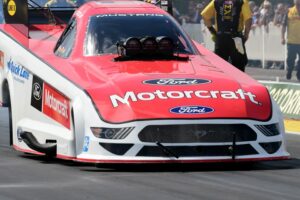 “It’s obviously paid off for us and I have all the faith in the world in the group of the guys, that not only will we be ready for Indy (the final regular season contest) but we’re going to be a contender for the championship this year,” Tasca stated. “This is the best car I’ve ever sat in. It’s the most consistent car I’ve ever been in, it’s as quick as anything I’ve ever driven. When you have a car that goes down the racetrack, it will get quicker because you have the data to look at,” he reminded.

While he’s got good data from his new car and from his two straight wins, Tasca still must contend with some of the most consistent flopper drivers in the world at his home track. Points leader Robert Hight, currently holding 1,022 first-place points over fellow JFR driver John Force, who has notched 869 points in his Chevrolet Camaro SS, are two of the most consistent racers this year. DSR’s Tommy Johnson Jr. follows in third with 856 points garnered in his Dodge Charger SRT Hellcat, followed by teammates Jack Beckman (819) and Ron Capps (809).

In addition to Top Fuel and Funny Car this holiday weekend, NHRA’s final exhibition for the 800-cubic-inch engined Mountain Motor Pro Stock class takes place, as well as an appearance by Top Fuel Harley and seven Lucas Oil Sportsman racing classes. The real fireworks occur at Epping on Friday night, when the nitro stars, including Tasca, take their second qualifying opportunities at sunset, lighting up the skies with the bright yellow-orange flames of their powerful projectiles.