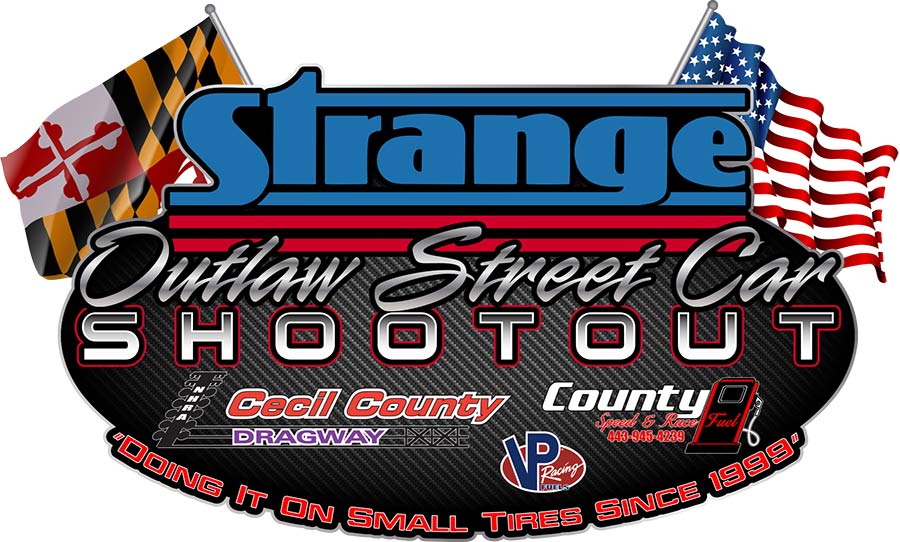 Cecil County Dragway has been a staple in the drag racing community for over half a century. Opening in 1963, Cecil County Dragway was home to some of drag racing’s biggest names such as: Don (Big Daddy) Garlits, “The Florida Swamprat,” and Hollywood’s Tommy Ivo just to name a few. The track was purchased in 1999 by Jim Halsey, who has maintained and improved the track keeping the history and standards up to par. So when Strange Engineering came on board in 2015 to become the title sponsor for the “Strange Engineering Outlaw Street Car Shootout,” The Cecil County Dragway became the place to be the first Saturday of every month.

The event usually boasts an average of 250-350 cars per event, and Fonse Performance attends every Street Car shootout as the Strange Engineering dealer.  Their team puts out a table full of Strange Engineering catalogs and they always have a knowledgeable representative on site to help anyone with any interest in the product or technical questions.

“It’s hard to believe that the Strange Engineering Outlaw Street Car Shootout could become even more popular, but it definitely has. The race series has had a certain “buzz” to it all year and the car counts reflect that,” says a representative from Fonse. “The racing surface is second to none, the payouts are great, the car counts are fantastic, there are tons of spectators and racers are treated with respect. Hats off to Jimmy Halsey and Dave O’Donnell, they have created the best series around and it is still growing! Plus there is another factor that is often overlooked, it’s FUN to race at Cecil County Dragway! Win or lose, we can’t wait to go back!””

“We are very happy with the participation so far and can’t wait for the next race. The yellowbullet.com nationals will be insane,” says Cecil County Track Owner Jimmy Halsey. “Attendance has been great. 300+ entries for the first two. The July event was on the 4th and had a good threat of storms. We still had 250+ entries. The storms eventually got us in the middle of second round so we split the purse and had our fireworks show shortly thereafter.”

With drag racing like this, it’s a good bet that Cecil County Dragway will be around for another 50 years.