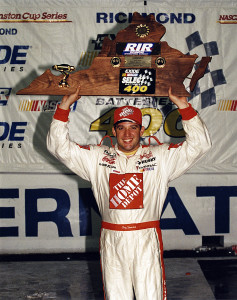 Following an ATV accident this weekend that left him with a lower back injury, NASCAR driver Tony Stewart will be out for the beginning of the race season which kicks off February 13 at Daytona International Speedway.

“We have received word from Stewart-Haas Racing of Tony Stewart’s accident and injury. On behalf of everyone at NASCAR, I wish Tony a full recovery and look forward to seeing him back in our sport when he’s ready to return,” said NASCAR Chairman and CEO Brian France.

Stewart sustained a burst fracture of the L1 vertebra. He was flown to North Carolina on Tuesday and was admitted to a Charlotte-area hospital for further evaluation. On Wednesday, he underwent surgery.

He is expected to make a full recovery, but he will miss at least part of this, his final season. There is no word yet from Stewart-Haas Racing of an interim driver for the No. 14 Chevrolet.

About Andreanna Ditton 152 Articles
Andreanna Ditton is the Content Manager for MotorHead Media and the Editor-in-Chief for RacingJunk.com/news. She's been working in the automotive publishing industry since 2007 focusing on racing and performance for motorcycles and cars.

1 Comment on Stewart To Miss Beginning of NASCAR Season