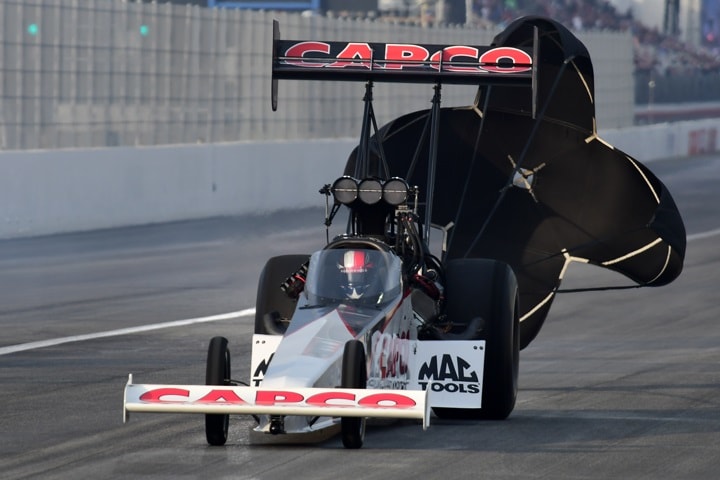 Steve Torrence has been on the cusp of a Top Fuel championship in NHRA Mello Yello Drag Racing Series competition for the past several years. He’s been close enough to smell the title but still hasn’t had the chance to don the big leather jacket and raise the ginormous champion’s cup in celebration. It’s enough to boil a Texan’s blood.

Now with four victories in an 11-race span during the 2018 season, Torrence remains hungry for the big prize, and realizes it’s going to take more than simply winning races – although that’s not easy to do – in order to bring home the title. In 2017 Torrence won eight races leading up to the season finale at Pomona; he still couldn’t keep Brittany Force from becoming the first woman in 35 years to earn a Top Fuel championship.

That eight-race victory span in 2017 was touched by weekends when Torrence and his team couldn’t find the right balance for their dragster. That was especially true with the season finale, when an angered Torrence went out in the second round and saw his closest challenger, Brittany Force, win both the race and the championship titles. Those failures invigorated Torrence for his next attempt.

As he enters the 12th of 24 races on the 24-contest docket, having won at Richmond and taking a semifinal result in Bristol, Torrence and his CAPCO Contractors dragster lead the points standings with 896 points to Clay Millican’s 786. Tony Schumacher, winner of last weekend’s Fitzgerald USA NHRA Thunder Valley Nationals, is third with 760 points, while Doug Kalitta holds 717 fourth-place points. No other driver lies within 200 points of Torrence.

“As a whole the season has gone very well for us,” Torrence acknowledged. “We faltered in Chicago but we turned right around and got a win (Richmond). We’ve recovered very well and I’m proud of that. It’s really neat to go somewhere as the defending race winner, but it’s something you only think about briefly going into the race,” he said of this weekend’s race at Summit Racing Equipment Motorsport Park in Norwalk, Ohio, where Torrence was the 2017 winner. 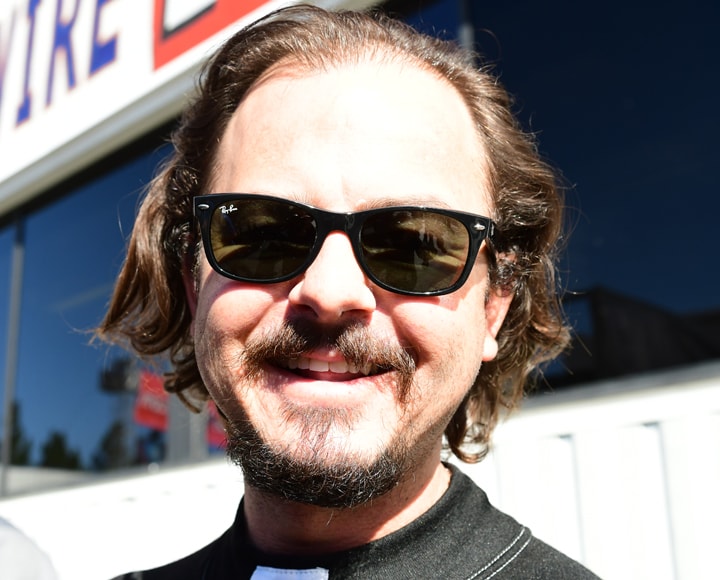 Having recorded 12 wins in his last 30 races, Torrence “won this race last year and we will try to do it again. We would like to leave our mark there if possible,” he said of the upcoming Norwalk race. Performing well in the grueling heat of the summer months can bring this team closer to their championship objective. “This stretch is a test of endurance. We would like to finish strong for sure,” Torrence said of the four-week grouping of races. “It shows you and your guys have the grit and can stand the test of time.

“This is the same team we had all last year and the year before that, and they’ve shown the [necessary] resiliency and drive. We’re going to try to keep moving forward, but these guys are tested,” Torrence admits. “We’re where we want to one. We’ve won four races and gone rounds, so we’re in a good spot. We can always strive for more, but we hold the bar pretty high for ourselves.”

The Norwalk race is a tough one for the professional ranks, in particular the 10,000-plus-horsepower Top Fuel dragsters. No Top Fuel racer has more than two wins at this track, so back-to-back victories for Steve Torrence would put him in company with three-time champion Larry Dixon for the most wins in class at the track. It won’t be easy with surging eight-time champ Schumacher on the prowl, and with Millican, whose newly realized competitiveness has, along with Torrence, upset the big-team prominence in this class.

Torrence believes he’s got the opportunity to claim back-to-back wins at the Ohio dragstrip. “We’re optimistic going into Norwalk. We’ve had success there in the past and it’s always a fun race. It’s a pretty neat place and there’s a lot of fans there. They do a great job of entertaining the fans there and it’s always a cool place to go. We’re looking forward to it.”

The weather forecast for this weekend includes moderate temperatures in the mid-70s with a zero percent of precipitation from Friday through Sunday, together with moderate humidity. The conditions will, no doubt, be a good respite for the steaming heat the drag racers experienced at Bristol, Tennessee last week.