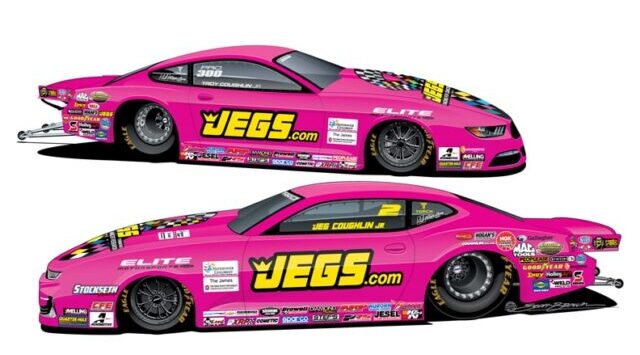 There are only three races left on the 2020 NHRA Camping World Drag Racing Series calendar: this weekend in Dallas, next week at Houston and on The Strip at Las Vegas Motor Speedway the final weekend of October. The latter event is a triple – or even quadruple – threat, not only deciding championships without a Countdown playoff series, but that particular weekend brags a full moon, Halloween and the end of Daylight Savings Time.

But the pending 35th annual AAA Texas NHRA FallNationals at Texas Motorplex in Ennis, TX is this weekend and deserves its own spotlight. Not only will the nitro categories contest this race, but the two Pro Stock categories, Pro Stock and Pro Stock Motorcycle, will complete the St Louis contest postponed due to rain, cold and poor track preparation for these two classes. The motorcycle category completed its second round but Pro Stock cars had difficulties in both rounds that ended up with only two pair completing the second round of eliminations. 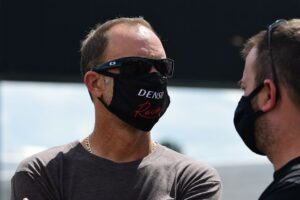 Top Fuel will be missing one of its fan-favorite competitors this weekend as Terry McMillen’s been forced off the road with the absence of 19-year sponsor Amalie Motor Oils. The company ceased all motorsports activities last week, leaving McMillen unable to continue his march to a top-five season-long result in the dragster class. He’s 206 points behind leader Steve Torrence, with Doug Kalitta two points back, Leah Pruett holding 80 fewer points than the Texas Terror and Steve’s dad Billy Torrence in fourth, 136 points behind his son.

The top four in Top Fuel are on the entry list, which has only 15 dragsters entered. With McMillen standing down, there’s opportunity for positions six through 10 to mosey up the ladder. Justin Ashley is 209 points behind Torrence, the reigning two-time champion, followed by three-time champ Antron Brown (-217), Shawn Langdon (-227), Clay Millican (-295) and Tony Schumacher in tenth, 408 points behind Torrence despite not racing until July’s Return to Racing. Schumacher will be recognized this Sunday as a Texas Motorplex Legend, recognizing his six victories at the Dallas-adjacent track.

Doug Kalitta’s victory at Wide World Technology Raceway (WWTR) once again tightened the Top Fuel standings, as the perennial bridesmaid continued his restive pursuit of an NHRA Top Fuel title. As Kalitta looks to secure his 50th win in the class, he’s always thinking about turning on the win lights. “But we’re all counting championship points and we’re figuring out what we can do to get ahead. The only place you can do it is on the starting line and you have to have a great effort behind you,” as both championship contenders do with Torrence Racing and Kalitta Motorsports

Tommy Johnson Jr. turned the Funny Car standings towards his pits after taking the win light at WWTR. With all four of Don Schumacher Racing’s Dodge Charger SRT Hellcat floppers leading the standings, it’s a question of which driver will end up with the big trophy in Las Vegas. Jack Beckman, who had been leading the standings up until his semifinal loss to winner Johnson Jr., is 16 points behind Matt Hagan, while Johnson is 34 points in arrears. Ron Capps needs to make up at least 147 points over the next three contests. 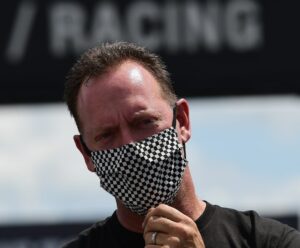 This quartet are responsible for wins in the last 11 Funny Car victories, dating to the past season and looking for their 12th straight win. The streak goes back to this race in 2019, when Hagan raced to the Funny Car title at Dallas. In the first eight races of this season, the Schumacher clan have gone head-to-head four times in the final round. As there are 16 entries for this Dallas contest, everyone will make the field for eliminations.

One driver who’s been instrumental in keeping them on their toes is J.R. Todd, the Toyota Camry racer who won the 2018 Funny Car championship. While sitting in sixth place, seven points behind Tim Wilkerson, the Kalitta Motorsports racer would join an elite group to win at Texas Motorplex in both Top Fuel and Funny Car, joining Kenny Bernstein, Don Prudhomme, Ed McCulloch and Mike Dunn. He’s qualified first twice in Top Fuel at the track.

“We know we need to perform at these last three races. The top three teams have a pretty big gap, but until they tell me the math doesn’t work, I am going to do everything I can to get that championship. I have a whole team of DHL crew guys plus crew chiefs Todd Smith and Jon Oberhofer behind me,” he said. Todd has an appreciation for the Texas Motorplex track, built by racer Billy Meyer. “The track is awesome for the teams but the key will be to have two good qualifying runs on Saturday.”

What do do about Pro Stock? There’s been no response from NHRA concerning the class’ difficulty in the most recent race, where even those that could get down the quarter-mile track had severe difficulties hanging onto their Chevrolet Camaro racecars. It’s been suggested they start from scratch, give paying customers at the Motorplex an even-better deal for their dollars as the Pro Stock contingent competes for two Wally trophies over the weekend.

Pro Stock has 20 entries at Dallas, which could present a traffic jam and could scramble the seedings for a championship even farther than they already are. Two of the prime candidates to win a title are seeded first and third, with Jason Line atop the standings, followed by reigning titleholder Erica Enders and Jeg Coughlin Jr. Line and Coughlin have both stated their intents to quit the class on a full-time basis at the close of the 2020 campaign and, at this point Enders lags Line by two points while Coughlin Jr. is 34 points back. Both Coughlin Jr. and nephew Troy Coughlin Jr. will be driving pink cars throughout the month of October. 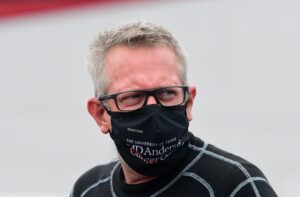 It would be extremely difficult for fourth-placed Alex Laughlin (-156) or Matt Hartford in fifth place (-166) to usurp these three, but as with all drag races, anything can and will happen. Line has won at this track three times and, at this point hasn’t run his second round from St Louis. Single-time Texas winner Coughlin Jr tried to save his quarterfinal lap at St Louis against Greg Anderson but had to step off the gas in order to keep it off the wall, so won’t be going through to the semifinals – at least that’s what NHRA has stated. Hartford took the win against Laughlin and could supplant him in fourth at the end of Saturday’s qualifying – pending NHRA’s decision how to play make-up from St. Louis.

Pro Stock Motorcycle doesn’t have the same quandary as their four-wheel compatriots, but another large, 19-motorcycle field could make hay of the current standings. After the second round of eliminations at WWTR outside St Louis a fortnight ago, matchups for the semifinals were set, with points leader Matt Smith’s EBR in the catbird seat facing veteran Suzuki rider Steve Johnson in those semifinals, while his Matt Smith Racing teammate and U.S. Nationals winner Scotty Pollacheck squares off against reigning, six-time class champ Andrew Hines. These semifinals, intended to be held during Saturday qualifying, pit an EBR against a Suzuki, and one of three Harley-Davidsons against a second EBR.

Matt Smith currently holds a 21-point advantage on Pollacheck, while Hines stands 28 points back. Angelle Sampey’s H-D is fourth (-88) with Eddie Krawiec’s H-D fifth, needing 104 points to overcome Smith’s advantage. This race affords opportunities for Ryan Oehler’s EBR (-151), Angie Smith’s EBR (-170), Johnson (-179) on his Suzuki, Chris Bostick (-187) and Hector Arana Jr (-198) to move up on their Suzuki and EBR motorcycles, respectively. This race marks the return of Jerry Savoie, who sat out the last event.

This weekend’s Saturday/Sunday contest, with qualifying (and some racing) on Saturday and eliminations on Sunday calls for better conditions the first day with highs in the mid-70s, while Sunday is expected to see temps in the mid-to-high-80s and more cloud cover. With qualifying sessions set for midday and late afternoon, the latter session should see some quick results, but Sunday’s eliminations, will as customary, occur in the absolute heat of the day, making trips down the track even more treacherous than usual. There’s so much at stake in this race – and the duo that follow – that every lap has consequences.

1 Comment on So Much at Stake for NHRA Dallas Competitors