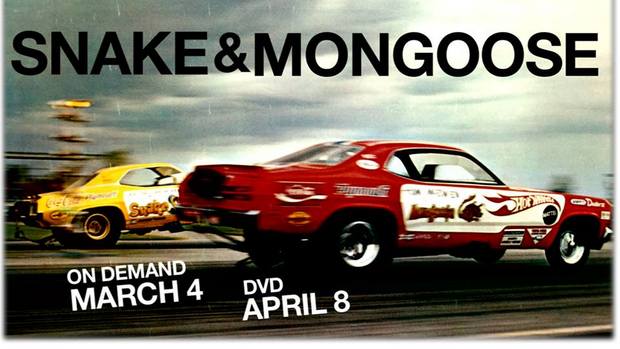 Don’t miss your chance to own the film Snake & Mongoose, a story of the rivalry between legendary drag racing drivers Don “The Snake Prudhomme and Tom “The Mongoose” McEwen, as it becomes available for digital download on March 4, 2014 and Blu-ray/DVD on April 8th, 2014.

Here’s the movie trailer for Snake & Mongoose to get your nitro pumpin’!

Go HERE to learn more about the making of the film from our sister site, Hot Rod Hotline.

Snake & Mongoose will be available for purchase at retailers nationwide, including Walmart, Target and Best Buy.