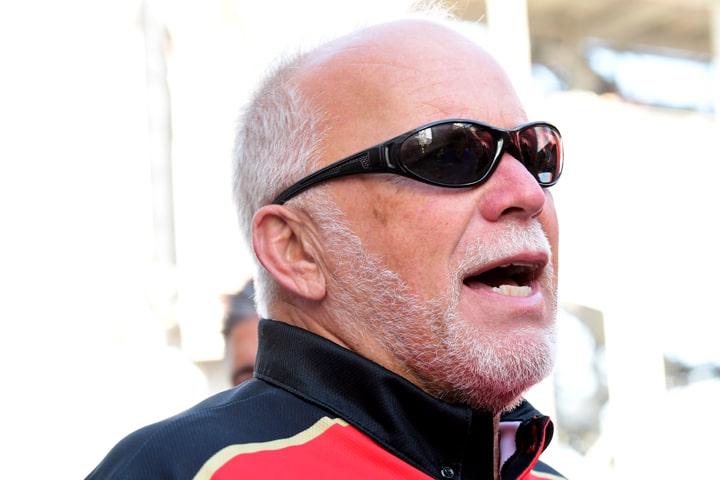 Rickie Smith, the three-time E3 Spark Plugs NHRA Pro Mod champion who just missed a fourth title at the final race of the year at Las Vegas, always does things his own way.

Smith has announced his retirement from the sport of Pro Mod drag racing more times than anyone can recall, but the lure of the track and the need to feed his competitive juices keeps the King, a North Carolina racer, in the game. Smith had a forgettable 2017 campaign, running only eight of 12 contests and battling back issues. He was locked and loaded for 2018, and he won three races leading into the season closer.

At Las Vegas this past October, Rickie Smith needed to go two more rounds than Mike Janis in order to pass him and secure his fourth championship. After qualifying 14th to Janis’ fifth, Smith looked like he had it when Janis was upset in the first round of eliminations, winning his first round against Jeremy Ray. Smith was unable to get around Rick Hard in Round 2, though, sealing the deal in Janis’ favor.

That meant a 2019 challenge was definitely in the cards for “Trickie Rickie” Smith. And he is making big changes to his vehicular setup in order to succeed in this increasingly popular and competitive category.

The father of Matt Smith, now a three-time champion in NHRA’s Pro Stock Motorcycle class, is switching his mechanical alliances for the coming season, which begins with the 50th annual Amalie Motor Oil NHRA Gatornationals in Gainesville next March.

After running a nitrous-assisted Chevrolet Camaro with Bahrain 1 Racing, using Pat Musi power, Smith will use a twin-turbocharged engine in a 1967 Ford Mustang, using Pro Line Racing Hemi engines. He’s partnered with tuner Steve Petty for the effort and will have his Bahrain 1 teammate Khalid alBalooshi racing a Camaro with the same mechanical and power added combination. 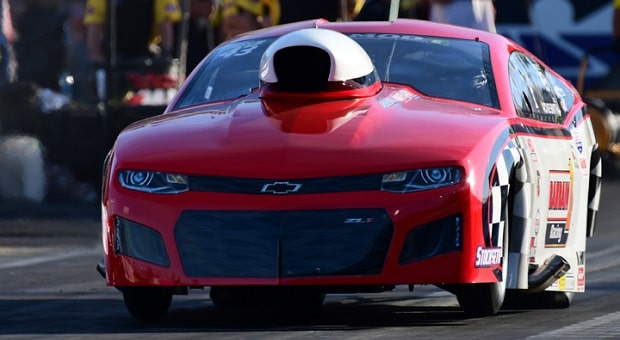 First reported by DragZine, the move is similar to one Smith performed in 2015, when he was frustrated by the lack of parity in power adders and NHRA’s lack of technical expertise to remediate the problem. Smith tried a turbocharged car before the season began, but went back to nitrous, adding six national event victories and his third title to an impressive resume.

“I’m basically the fastest nitrous car out there in quarter-mile racing – and have been for eight years – and I’m getting to where I can’t qualify better than ninth or tenth,” he told DragZine. “I don’t go to these races just to think I could qualify. That’s not my style and if I don’t think I have a chance when I come out of the gate, there’s no sense in me going.”

Tuner Petty has earned three titles over the last seven season as primary tuner for Troy Coughlin and Jose Gonzalez. When Coughlin decided to forego the 2019 campaign and Gonzalez elected to run a limited number of contests, the opportunity for Smith to secure Petty’s services became available, with Gonzalez offering his blessing. “I never really thought this would happen,” Petty said. “Rickie’s always been one of my heroes.”

Smith first approached Pro Line Racing about renting a turbocharged entry for the World Series of Pro Mod in Denver last summer. They weren’t able to make that effort work, but Pro Line and Smith kept dialog going about the possibility of working together. Smith called NHRA’s unwillingness to create parity between nitrous-added and turbocharged Pro Mod entries the primary catalyst for his change.

The switch to a turbocharged entry comes 20 years after Smith started working with nitrous-added cars, and it’s not going to be easy. “It’s hard to walk away from it, but I’m a competitive guy and I want to win,” he said. He’ll hold on to his nitrous car, but hopes to have sufficient success with his new entry to find a new home for the Camaro midway into the coming season.