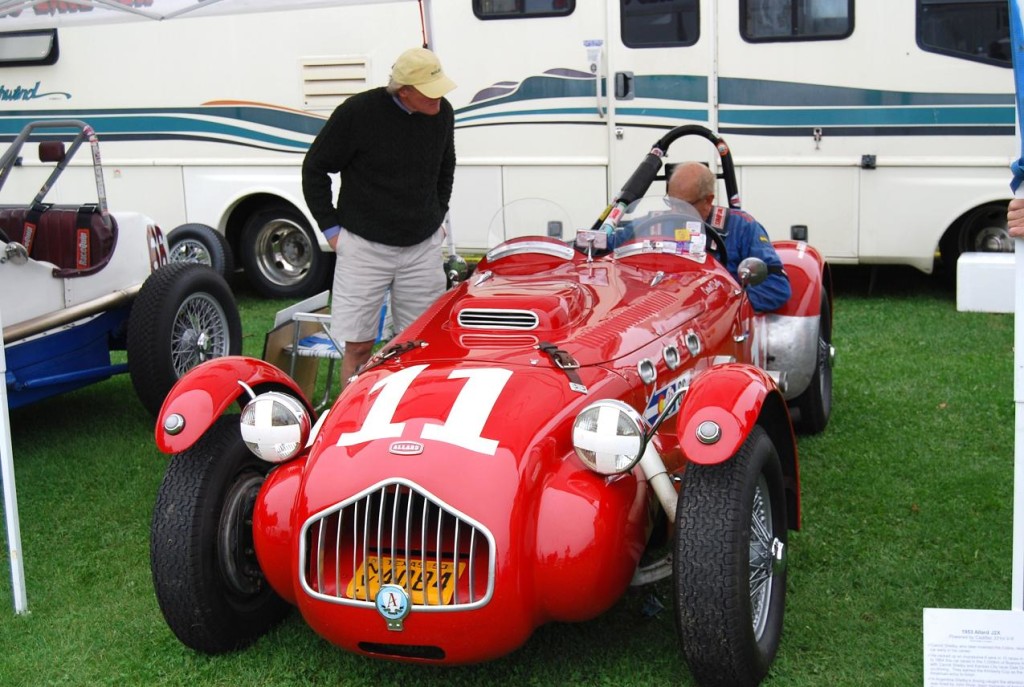 One of the fastest Group 1 racing cars circling Road America during the recent Elkhart Lake Vintage Festival was a 1953 Allard J2X.  Carroll Shelby drove the Allard for Texas businessman Roy Cherryholmes back in the ‘50s. Nowadays the car belongs to Augie Grasis III, of Kansas City, who seems to like old racing cars that were owned by famous people and have links to his hometown. Grasis also owns a ’33 Studebaker 2-man Indy car that was driven by Tony Gulotta, a legendary racer who just happened to hail from Kansas City. 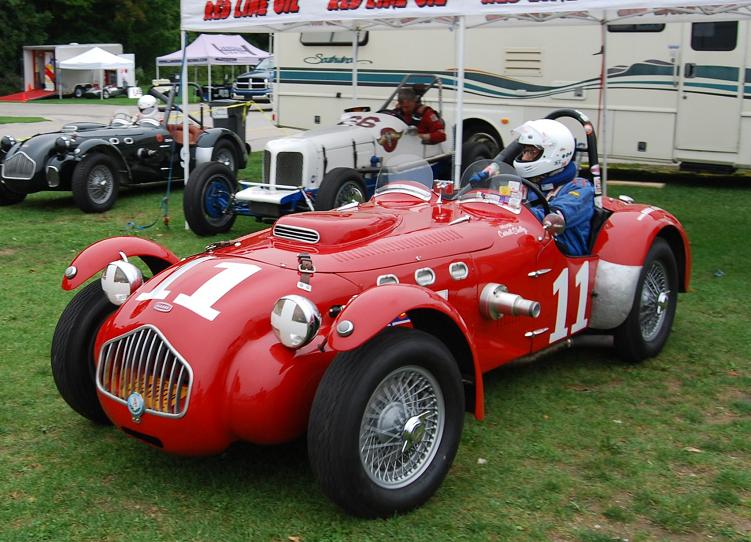 Carroll Shelby was a through-and-through Texan, but his co-driver in the Allard during the 1954 World Championship Argentine 1000 Kilometer race was Dale Duncan who, like his brother-in-law Maston Gregory, was from Kansas City.
Grasis says he didn’t buy the car because Shelby drove it. “They don’t come up that often,” he says. “People typically buy them and keep them, so I probably would have bought it no matter who was connected with it. The fact that Carroll Shelby drove it was just the icing on the cake.” 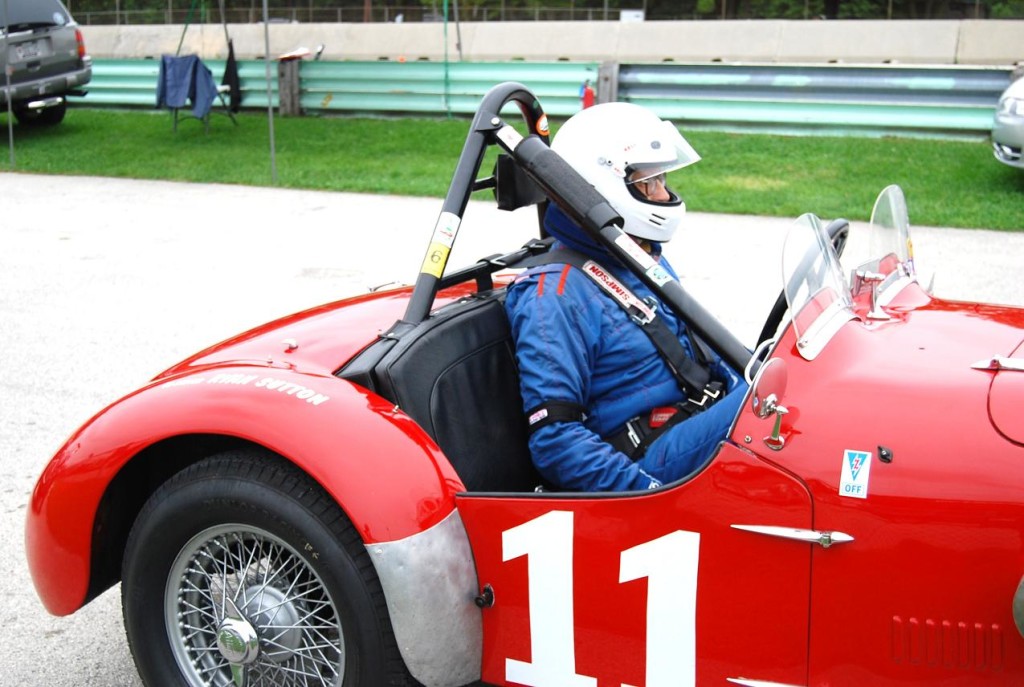 A history of Shelby by Michael T. Lynch says that he drove Allards owned by Charles Brown and Roy Cherryholmes, but it doesn’t say which car came first. Auctioneer Dana Mecum knows the answer to that question.  According to Mecum and his friend Kevin Caulfield, Shelby’s road racing career began in 1952 in an MG TC. He then caught the attention of Charlie Brown a Louisiana businessman who owned an Allard J2 chassis number J2179. Later that season, Brown wanted a driver for his J2 and turned to Shelby. 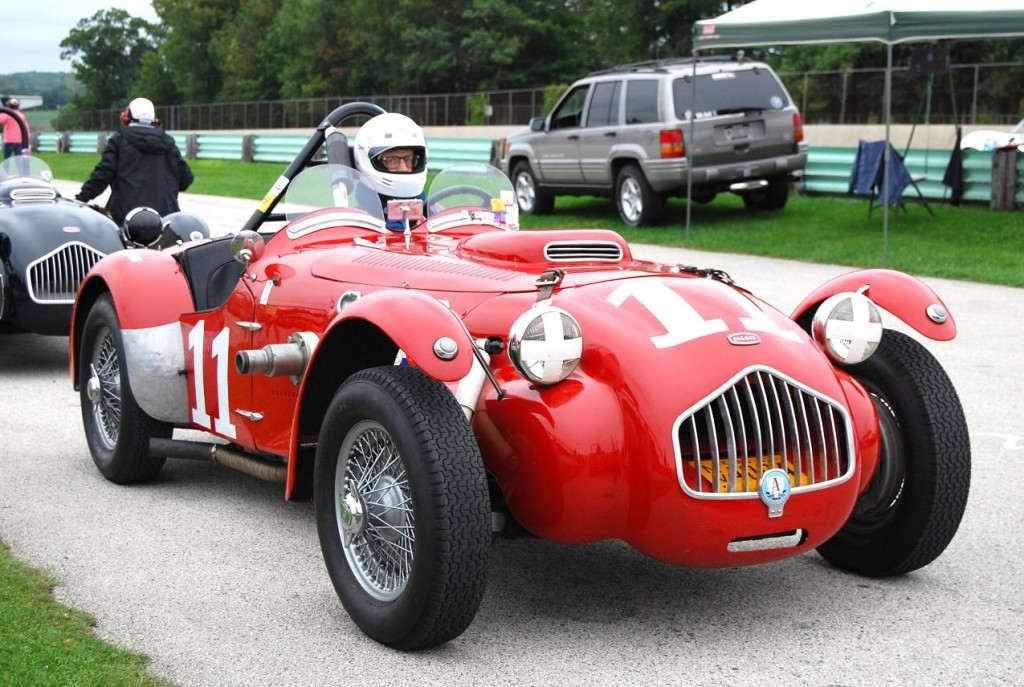 The following season Shelby was invited to drive Cherryholmes’ J2X/3146 that is now owned by Augie Grasis. It competed in about 10 races and won nine. “Most were SCCA (Sports Car Club of America) races in Texas,” Grasis said. “But in January 1954 they took the car to Argentina to compete. Aston Martin team manager John Wyer saw Shelby race and offered him a job.
“The Allard was kind of the start of Shelby’s professional career,” Grasis explained. After Shelby raced it, it went into a barn and resurfaced around 1970. After a string of owners, a man named Peter Booth ultimately got the car and re-restored it to the exact livery it was in when Shelby raced it. 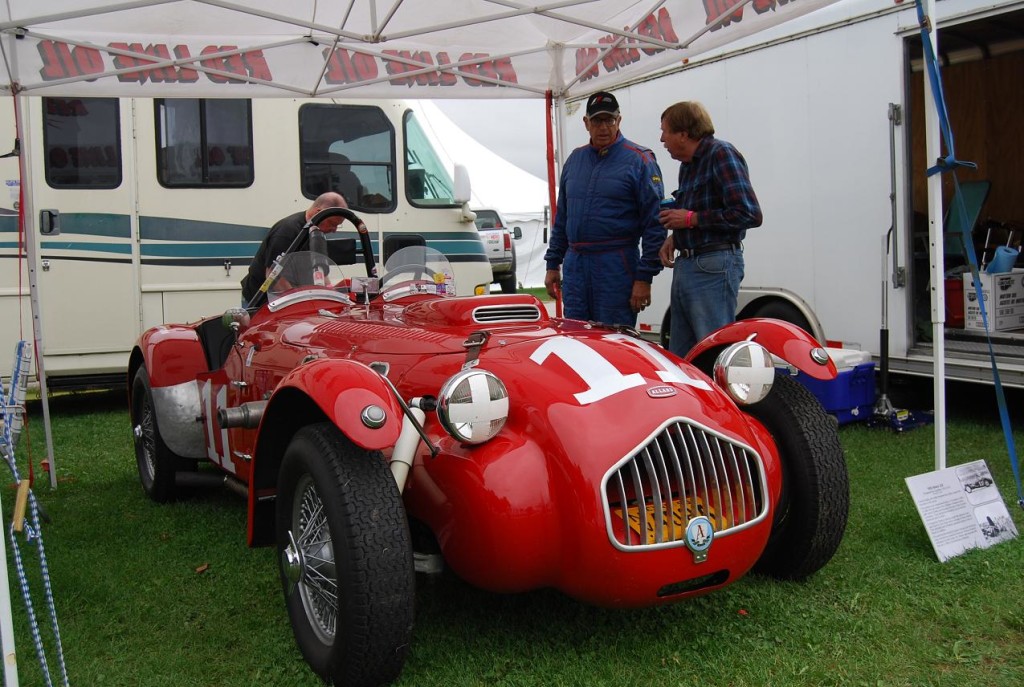 Booth took the car to the 1990 Monterey Historic Races at Laguna Seca where Carroll Shelby drove it. He signed the car, too. Grasis bought it about two years ago. “It’s a lot of fun and we’re having a lot of fun racing it,” he said. “We brought it here to Road America and this is only the second race we’ve had it at. It’s going to be a few years before we get it all sorted out.”
Grasis said he looks forward to taking his J2X to the Colorado Grand and other rallies because it’s a fast, powerful, wind-in-your-face type of car. “It is something that we are going to enjoy and treasure,” said Augie. “We will try to get out to a lot of events so people can see it and enjoy a piece of racing history.”