Fellow gearhead Shawn Brumley was looking for a car to turn into a monster when he found this ’98 Camaro Z28 in March of 2014. It had a blown motor and had been sitting in someone’s field out in Texas for three years. Shawn thought this would be the perfect car to turn into a seven second eighth mile strip burner. He figured he had a great starting point with this car considering it already had a stock LS1 and 4L60 trans backed by a GM ten-bolt rear-end. This article will lay out Shawn’s process of swapping out the old engine for a newer, upgraded one.

Getting Started with the Build

However, since the engine was toast, Shawn and his buddies over at Sudden Performance in Aledo, Texas decided to start from scratch in the engine and transmission department. Since the car sat for so long out in that field, Shawn’s first steps in this build process included ripping pretty much everything out of the interior to do a thorough spring cleaning. 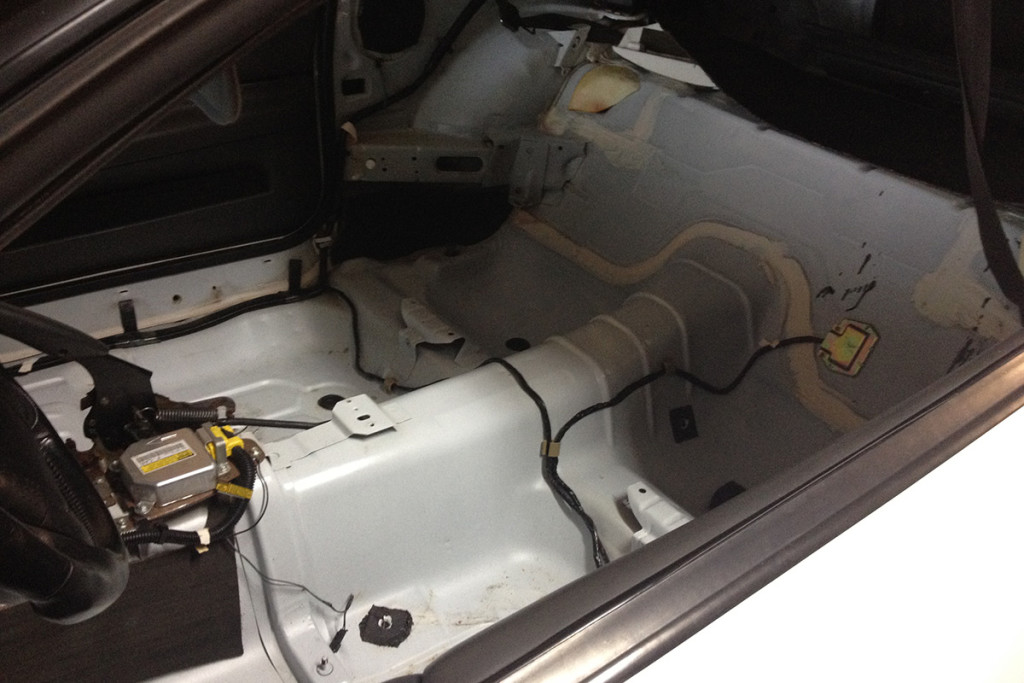 The Block and Bottom-End

While he was doing that, the guys over at Sudden started building the engine that would go into Shawn’s new toy. They started with an LQ9 six-liter iron block that was seasoned and broken in. Once the block was ready, they stuffed a Scat forged crank and connecting rods into it. Topping the rods are Wiseco forged pistons to take the bang.

Cody and Justin from Sudden Performance weren’t satisfied with keeping the engine at “just” six liters/ 364 cubic inches (CID), so they bored and stroked it. The engine now displaces 408 CID, or almost 6.7-liters.

The LQ9 engine is listed as the high-output engine of choice for GM’s bigger vehicles such as the Escalade and Silverado. It was installed in GM vehicles with a VIN code of “N” and developed 345 horses at 5200 revs and 380 ft-lbs of torque at 4000 and is listed as a Gen III engine. Stock bore and stroke on the engine is four inches and 3.622 inches, respectively and it has a stock compression ratio of ten to one. Shawn’s LQ9 now has a compression ratio of 11:1 and runs on 93 octane pump gas.

Bullet Racing Cams supplied the mildly wild cam that went in it. This cam has a lift of .625, duration of 234 and a lobe separation of 245. This means the cam lifts the valve off the seat by .625 inches (with standard ratio rockers), stays open for 234 degrees of crank movement, and there are 245 degrees of crank angle between the peak lift points of the intake and exhaust valves.

They then next stuck a pair of LS3 heads on top of the block, which they had ported to make for better airflow and a better atomization of the fuel and more complete mixing of the air and fuel as the mixture entered the combustion chamber. Said air was directed from the Nick Williams-supplied 92 millimeter throttle body by way of a stock LS3 intake.

In order for an engine to develop gobs of horsepower, it has to be able to breathe. The LS3 intake mentioned above takes care of the intake cycle. Texas Speed contributed a set of 1 7/8 inch stainless long tube headers to open up the exhaust cycle. These are backed by a Magnaflow  Y-pipe and exhaust system to keep it legal on the streets. When Shawn hits the track with his 98 Camaro Z28, he’s got a set of electronically-controlled exhaust cutouts supplied by QTP installed behind the headers to allow it to breathe even better when he needs that extra bit of power.

Putting the Power to the Ground

Although the stock 4L60 transmission that was originally in the car is a pretty good transmission, it really isn’t up to the job of repeated high horsepower and torque launches. North Texas Converter in Justin, Texas supplied a built-up 4L80e transmission with a 3600 stall speed converter. That was married up to a Moser 12-bolt rear-end with 390 gear and C-clip eliminator.

This was always intended as a strip burner, so Shawn next took the car over to John Dodson over at Anything Automotive in Denton, Texas for a few extra goodies. Step one in this phase was the addition of a plate kit from Nitrous Outlet. Control is through a window switch. Launch timing is delivered by a Lingenfelter timing controller.

High torque launches are hard on any car’s front end, necessitating some new goodies under the car, too. Anything Automotive replaced both the front and rear suspension with high performance BMR tubular components, which included the K-member.

Tuning to Get Every Last Pony Out of the Engine

The work of building a true strip burner doesn’t end after installing a bunch of high performance engine and suspension components. This is especially true today, in the age of computer control. James over at LSTuner did the fine power tuning for Shawn. Step one was to get rid of the stock 98 PCM and replace it with a PCM out of a 2002, because the OEM unit in the 98 was too slow and isn’t easy to tune correctly. This necessitated a procedure known as re-pinning, where they had to rebuild the wiring harness so the inputs and outputs matched up correctly.

Current Specs on the Engine Output

Shawn has put over 11,000 miles on the engine and transmission so far, quite a bit of making passes at his local dragstrips. Prior to the suspension upgrades mentioned above, his best pass was a run of 10.37 seconds at 129 MPH. His 60 foot speed was an impressive 1.4008 seconds.

The last time the engine was on a dyno it cranked out a whopping 601 horses at the rear wheels with 810 ft-lbs of torque. That’s almost double the stock power output of the engine. It’s also well over twice the rated torque of the stock engine.

To date Shawn’s made more than 300 passes with his baby. He has yet to test it out on the track after the recent suspension rebuild, but believes he should be able to break the ten-second barrier and get into the high nine-second range.

As I was working on this I get an email from Shawn telling me he’s got the car back in the shop and he’s excited about what’s coming out. He wasn’t terribly happy with the way the car performed with the nitrous, so he’s having a dedicated fuel system for the nitrous installed. On race day, he’s going to be running C16 racing fuel for the sprayer instead of 93 octane pump gas. 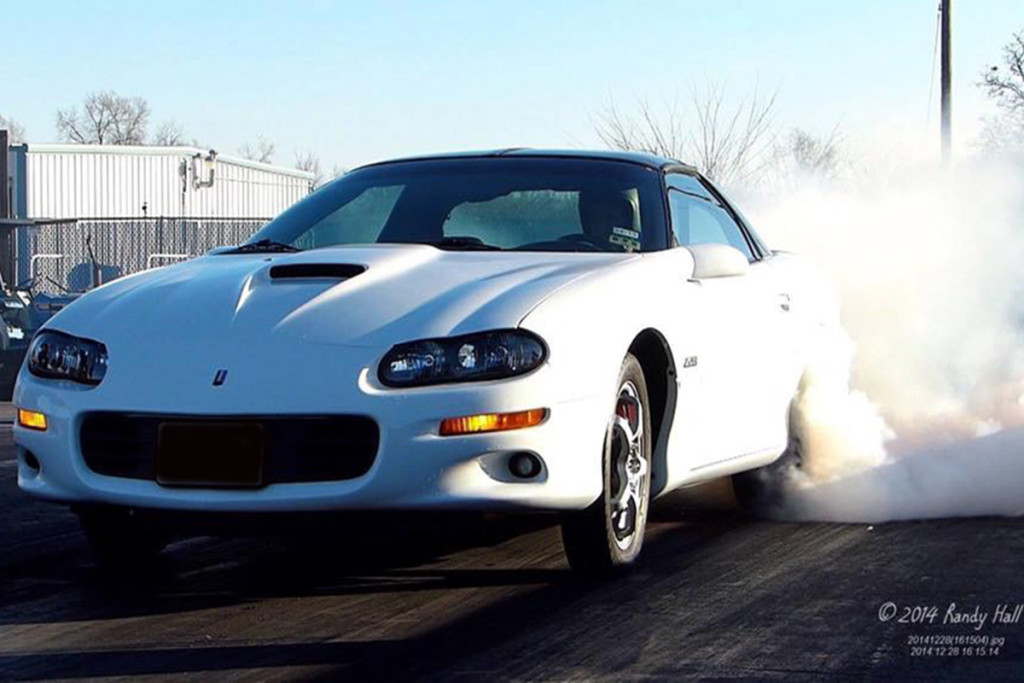 I’m guessing that with this new addition, he’s not going to have any trouble whatsoever breaking that ten-second barrier.