In the automotive aftermarket, releasing an accessory or upgrade alongside the launch of a new vehicle is crucial to success. Buying a new car is an exciting experience and aftermarket manufacturers would love nothing more than to ride that wave of excitement and turn it into a yearning to customize.

SEMA, Cummins and Nissan understand this concept and partnered together to host an exclusive measuring session for the all-new Titan XD. This opportunity gives companies a head start in designing and developing hop-up parts for Nissan’s next-generation Cummins powered truck. 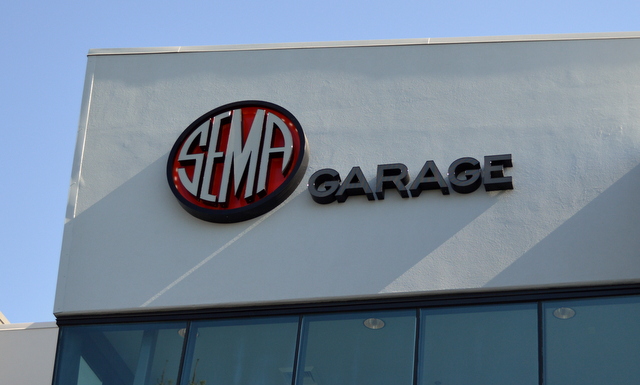 The SEMA Garage aims to even the playing field between the backyard inventor and the more established companies by providing mentoring and a state-of-the-art facility that includes an emissions lab, 3D scanning services and fully-loaded installation garages.

Manufacturers like A.R.E. Accessories and K&N Filters took advantage of this intimate preview to take measurements and create laser scans of the truck’s dimensions and components. Gathering this data is crucial because the 2016 Titan XD is a completely new entry into the Nissan lineup.

This “new class” slots in at just larger than a half-ton truck, known to many as a “heavy-half” or what I like to call a “half-ton plus”. Its stature and stance are larger than the standard Titan and it features a heavier duty frame along with a new Cummins 5.0L V8 Turbo Diesel engine. 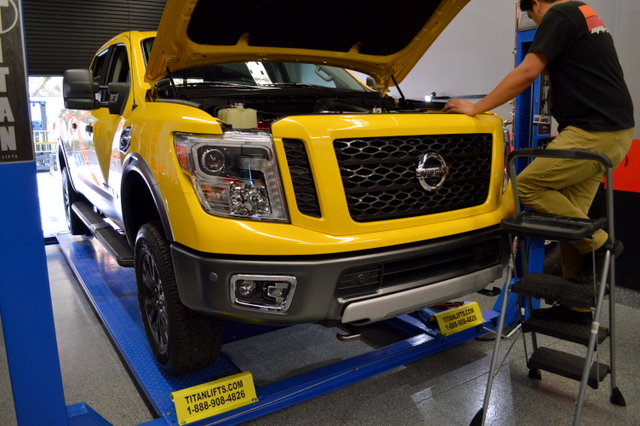 Throughout the day, a gaggle of technicians molested this truck, removing the wheels, body panels and even some suspension parts. They didn’t have to pull the engine—you know they would have—because Cummins provided one on a stand.

While this is a pre-production example, the design is very near its final state, save for a few potential tweaks. Truck enthusiasts will recognize this SolarFlare Yellow PRO-4X as the same one that debuted at the Detroit Auto Show earlier this year. 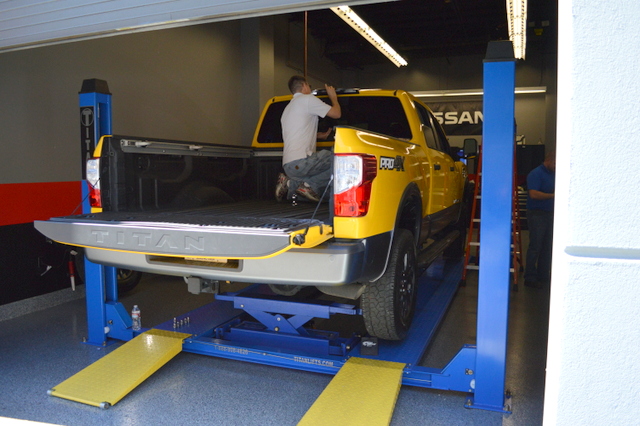 The Titan XD is the first of the new-generation Titan models to begin launching later this year, and thanks to SEMA, Cummins and Nissan, there will be a whole host of aftermarket accessories, upgrades and options available on day one. 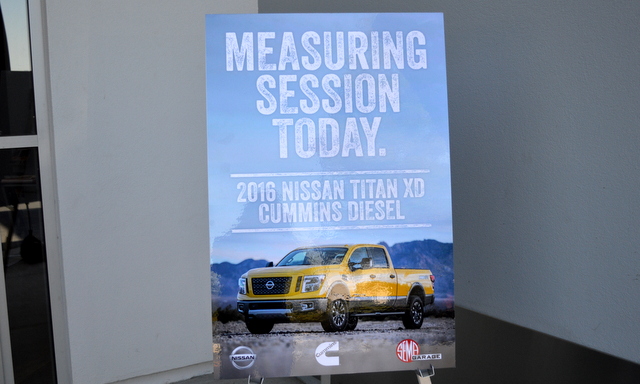