Ryan Blaney got a rare NASCAR ‘do over’ after letting Regan Smith get underneath him on his restart with eight laps to go, giving the lead away to Ty Dillon.  However, when another spinning car sent the race into overtime on his second green flag try, Blaney didn’t fail with a big push from behind from Smith surging him to Saturday night’s big win at the VisitMyrtleBeach.com 300, NASCAR Xfinity Series event at the Kentucky Speedway, his second win of the season.

“We were just even with the 3 [Dillon], and the 7 [Smith] gave us a good push [on the final restart],” said Blaney, who captured his fourth career Xfinity Series win.  “Luckily we were able to get a good shove and just get a little bit of position on the 3 to kind of use up the race track and get in front of him.  I knew once we were clear we had a really good shot at it.

“We had a great Mustang tonight.  We were great all night.  It was just a matter getting up the front.  Clean air was so important.” 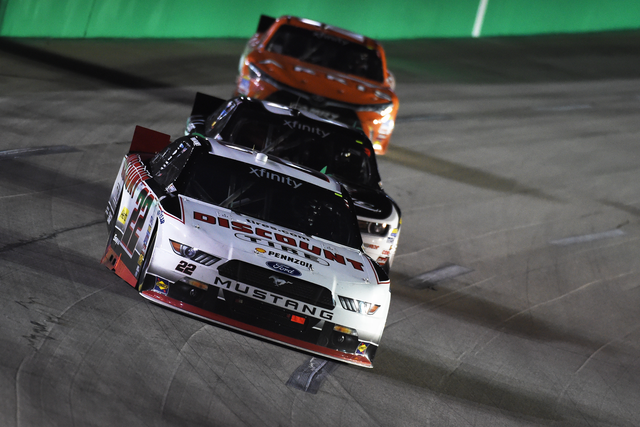 As for the next-to-last restart, which saw Blaney’s winning chances temporarily fall, his energy worked against him.

“Kentucky is such a great race track because you can see three or four wide racing in the first corner.  As the leader you have to protect and I didn’t know where the 7 [Smith] was going, he kind of faked me out going to the top and that was able to open up the middle and it just lost all of our momentum.”

Dillon was bothered with his runner-up performance, mainly frustrated with the last caution that brought the field back together for two laps.

“First of all, I am disappointed for second, and that’s a good thing,” said Dillon.  “I’m proud to be sitting here saying that.  Earlier this year, we didn’t have that opportunity to say that very often.  Man, it hurts when you’ve got a big lead with four to go – I don’t even know what the caution was for – but, that’s a stinger.” 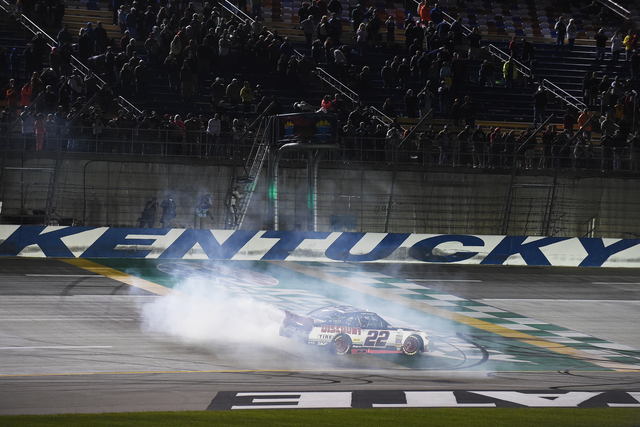 After Blaney and runner-up Ty Dillon, it was Regan Smith, Chase Elliott, and Brandon Jones rounding out the top five.

The average speed for the VisitMyrtleBeach.com 300 was 110.238 mph. There were a record number of caution flags at 10 for 55 laps.  There were 17 lead changes among seven drivers.

The next NASCAR Xfinity race will be next weekend at the Dover International Speedway for the Hisense 200 on Saturday, October 3, starting at 3 p.m. on NBCSN.