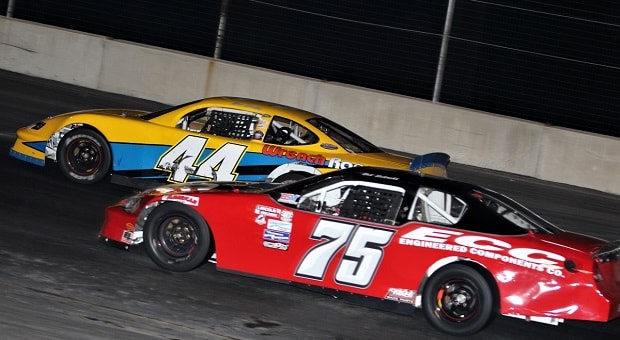 Seven months worth of effort and dedication in race shops throughout the east coast will pay off on April 28 as the Super Cup Stock Car Series 2018 begins at Dominion Raceway in Thornburg, Virginia.

15 full-bodied stock cars thundered around the 4/10-mile oval in September 2017. The driver who took claimed the checkered flag in that race, Bob Schacht, is one of the biggest contenders this year.

“I liked it a lot, especially because I won, but it’s got good grip, it’s super wide, and it’s really a nice facility,” the driver of the No. 75 Engineered Components / Bob Schacht Motorsports Chevrolet noted.

For the first time since he began competing in the series, the Mooresville, North Carolina driver will be going full bore. “We’re going to run all the races and see how we do, and see what happens toward the end of the year,” Schacht said.

Schacht bought a former NASCAR K&N Pro Series car from a few years ago for this season, but will not drop the car that won last time at Dominion.

“My sponsor’s son A.J. Henriksen is going to drive the car,” Schacht announced.  “I raced with him when he was younger at some of the ARCA short tracks, so we’re going to let him run Dominion and see how he runs there.  He’s got no excuses now since the car won, so we’ll see how he does with it.”

Multiple drivers plan to make their SCSCS debut this year. One with past stock car experience is Allen Purkhiser of South Carolina. He’s driven his No. 68 in the Pro Cup series earlier in the decade. Marc Jones of Mocksville, North Carolina will bring the first Dodge to compete in the series in many years. Samatha Rohrbaugh, the younger sister of six-time SCSCS winner Codie Rohrbaugh, has had a few successful tests. The Petersburg, West Virginia driver comes from a background in karting. Home state racer Edward Adams III will drive for 2014 series champion JJ Pack in the second of the Twin 50s, piloting his rebranded Toyota in the first event, while another returning champion from 2013, Todd Peck, will ready his old Pontiac for another ride. 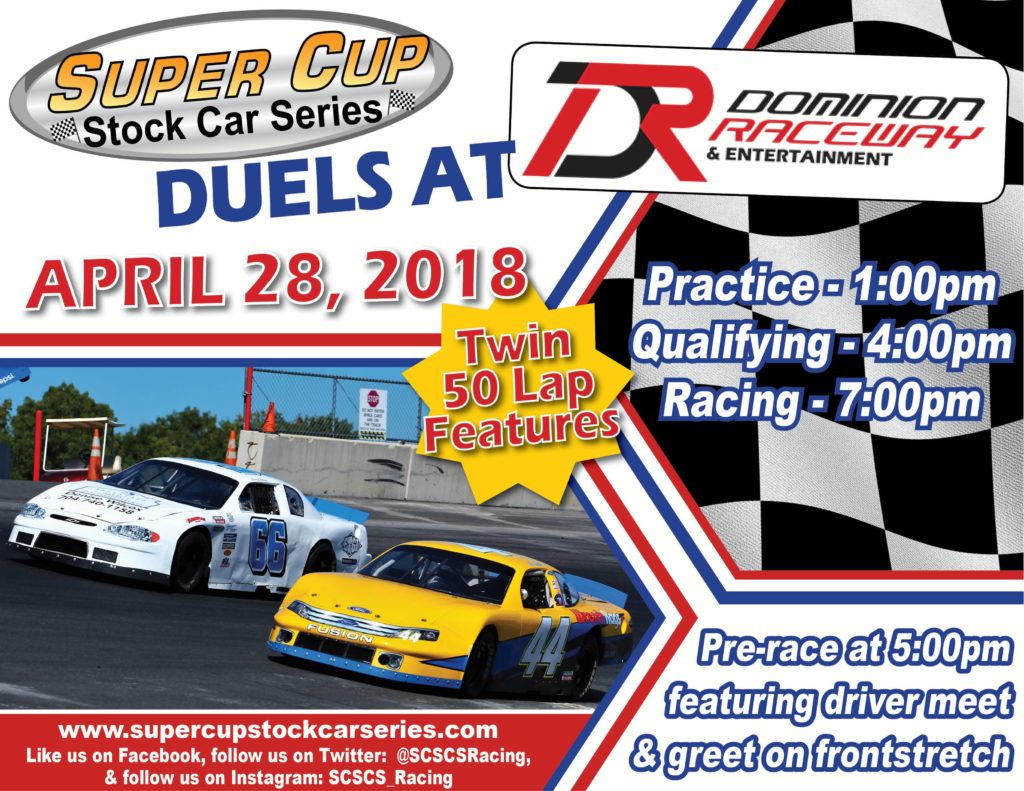 Schacht wasn’t the only one to perform memorably in September. Others made their mark as well. One of these was Petersburg, West Virginia’s Brent Nelson. The driver of the No. 80 Airtek Inc. / Precision Auto Collision / Atkinson Welding Chevrolet has driven with notable consistency in recent years and has not missed a race since early 2011.

Nelson hasn’t finished below the top three in points over the last four seasons, but the championship has eluded him. He’s been packing in the offseason preparations to increase his chances for an ideal outcome on the track.

“Everything suspension and driveline wise has been freshened up and anything that was questionable we went and replaced,” Nelson added.  “Hopefully the gremlins will be gone.”

Another one of the top five finishers in September was Hickory, North Carolina’s Ben Ebeling. A late start to the 2017 racing season did not stop the No. 44 Wrench Rags / Custom Graphics / Potter Racing Ford from entering victory lane. This time around, he’s making sure to focus on the mechanical aspects.

“We really found some stuff when we went in the fall that the car really responded well to,” Ebeling mentioned.  “Between that and the stuff we found in the offseason we’re really looking forward to what we can do at Dominion and hopefully contend for the pole and the win again.”

Making his Dominion debut with clear confidence is J.P. Crabtree. “I think I’m as prepared as I can be from watching countless videos from just about every class that has run Dominion to the point that I started taking screenshots of entry in and out to try to do all the practicing I can from all the way in Indiana,” last year’s runner-up in the standings explained.

The driver of the No. 42 USA Tire / J.R.’s Landscaping / Stagger Pros / Support The Troops / Don Gnat Racing Ford intends to maintain the competitiveness he displayed in 2017.

“My goals have not changed from last year,” Crabtree said.  “I still want to be as consistent as possible and top fives are what I’m shooting for.  Everything else should fall right in place like last year.”

A few other new competitors are one-time SCSCS winner Larry Berg and the entire Harrison family, composed of Harvey Harrison and his two sons Brian and Brandon.

First SCSCS practice begins at 1:00 p.m. with qualifying taking place shortly after 4:30 p.m. A Meet and Greet with the drivers on the frontstretch will be part of the pre-race festivities, with the first of the Twin 50 races set to go at 7:00 p.m. An optional evening open practice session will be offered to teams on Friday.

For a complete weekend schedule and more information please visit the official web site at www.supercupstockcarseries.com.