NASCAR rolled through Bristol this past weekend, and the Thunder roared. Johnny Sauter won the NCWTS UHON 200, securing the regular season title in the Truck Series on Thursday. Friday night Kyle Larson was the crème of the crop in the XFINTIY Food City 300, winning his first Bristol race. Saturday’s Monster Energy NASCAR Cup Bass Pro Shops NRA Night Race was marred by a number of caution flags, with Kurt Busch outlasting the rest of the field for the victory. 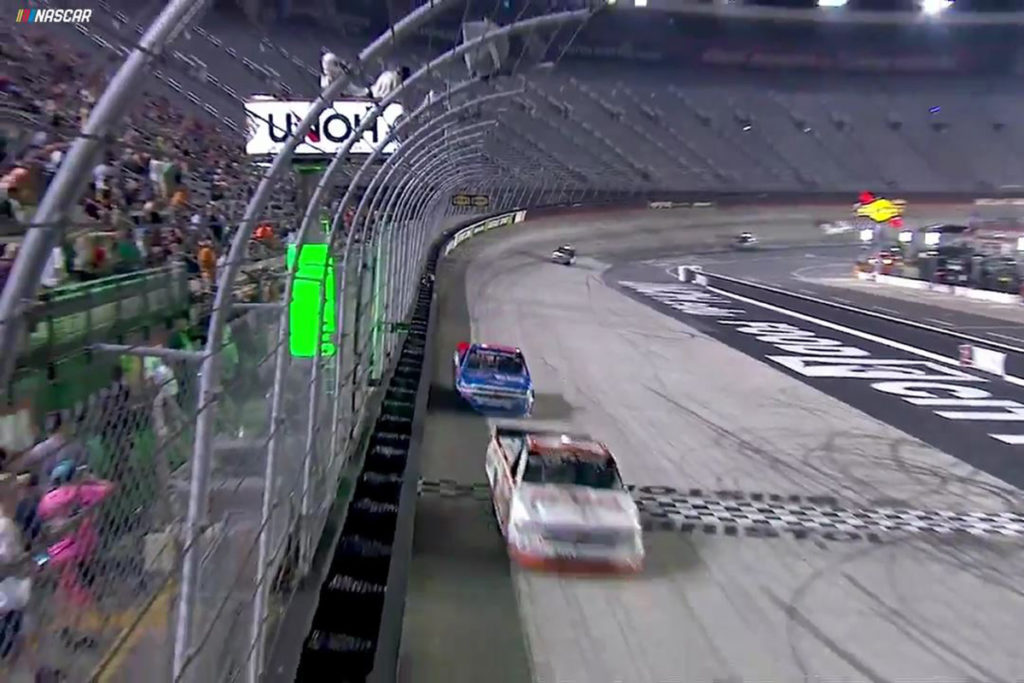 All Johnny Sauter had to do Thursday night to win the NASCAR Camping World Truck Series regular season title was to start the race in his GMS Racing Number 21. Not only did Johnny successfully start the race, he managed the pass for the lead with four laps to go and never looked back. Stewart Friesen was able to hold on for a second place finish, while John Hunter Nemechek took third after sweeping the first two stages. 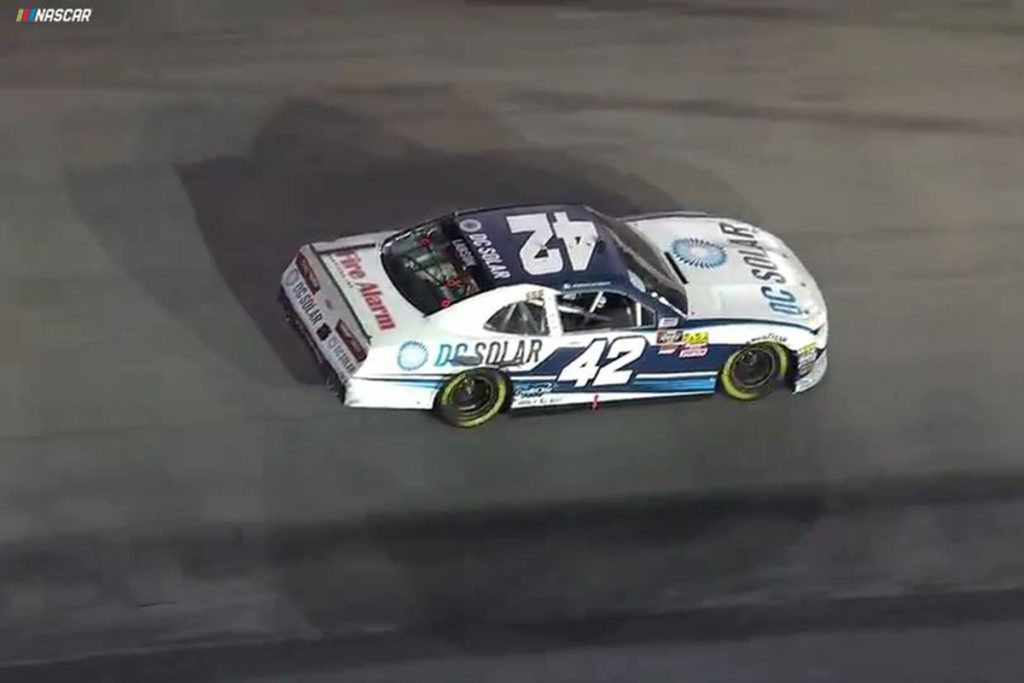 Kyle Larson got his first Bristol victory with a dominating performance in Friday’s XFINTITY Food City 300. Larson swept both of the first stages in style. A late race caution made it necessary to go into NASCAR Overtime to decide the winner. Larson recovered after spinning his wheels on the final restart to pass Justin Allgaier in his JR Motorsports Number 7 and hold off Christopher Bell in the JGR Number 20 for the win. Allgaier got loose during his fight with Larson, allowing Bell to pass him for second place at the checkers, with Allgaier holding on for third place.

Kurt Busch Comes from Behind for Bristol Win 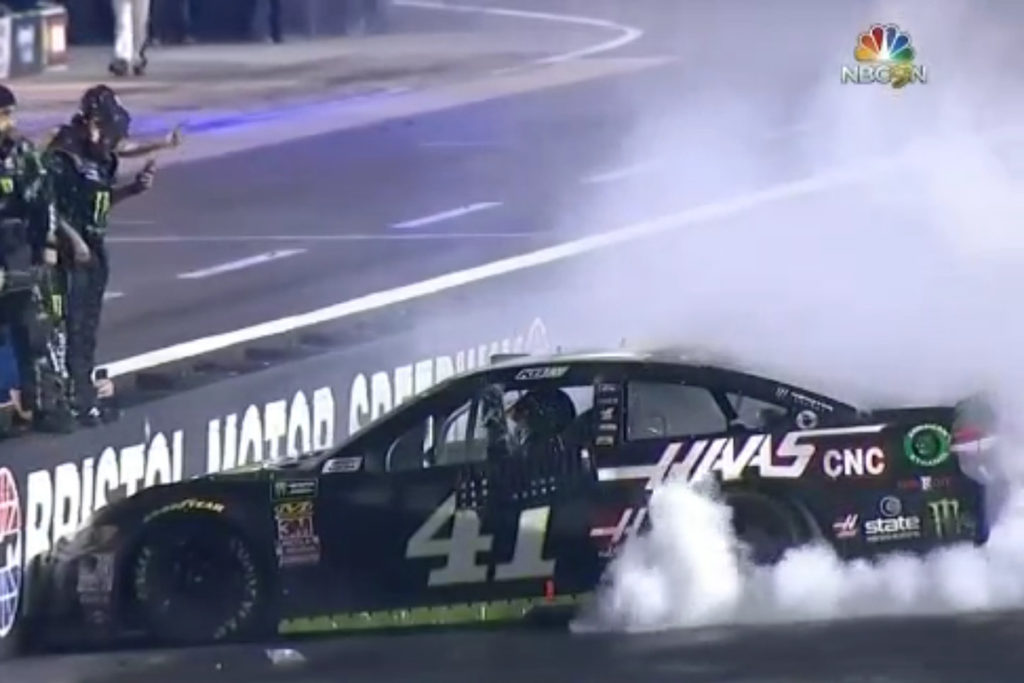 Up until the final few laps of the Bass Pro Shops NRA Night Race at Bristol, all that could be said about Kurt Busch’s performance was that it was average. Busch took the lead from SHR teammate Clint Bowyer on the restart at Lap 478. Busch survived another restart on Lap 488 when Chip Ganassi Racing’s Kyle Larson’s fresher tires almost took him to the lead. Busch held on to beat Larson by 0.367 seconds. Chase Elliott turned in an excellent performance, piloting his Hendrick Motorsports Number 9 to a third place finish. 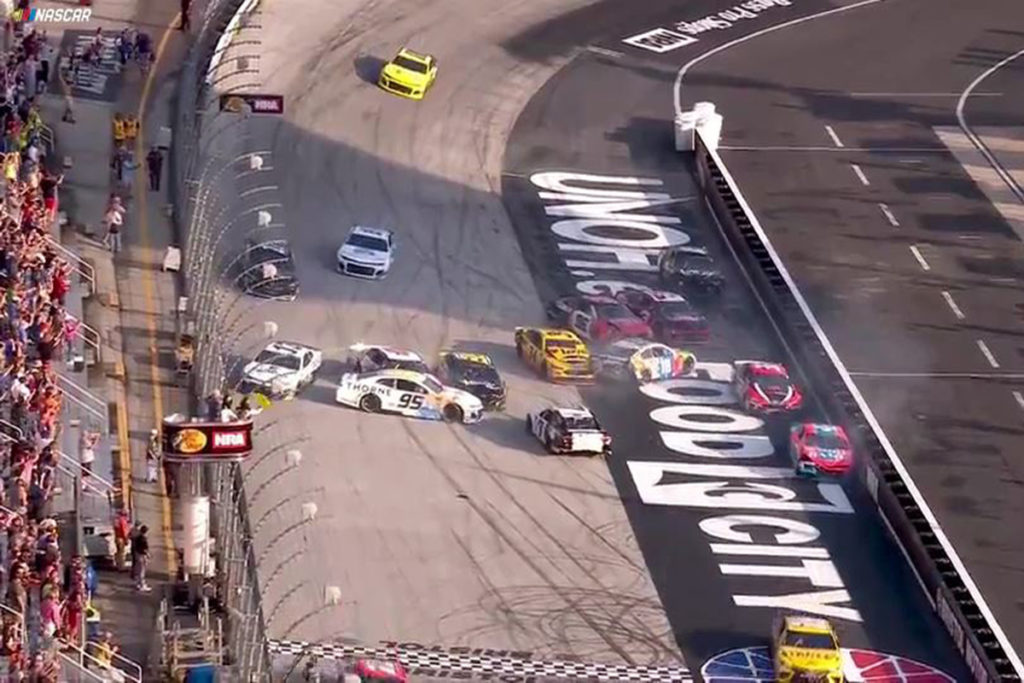