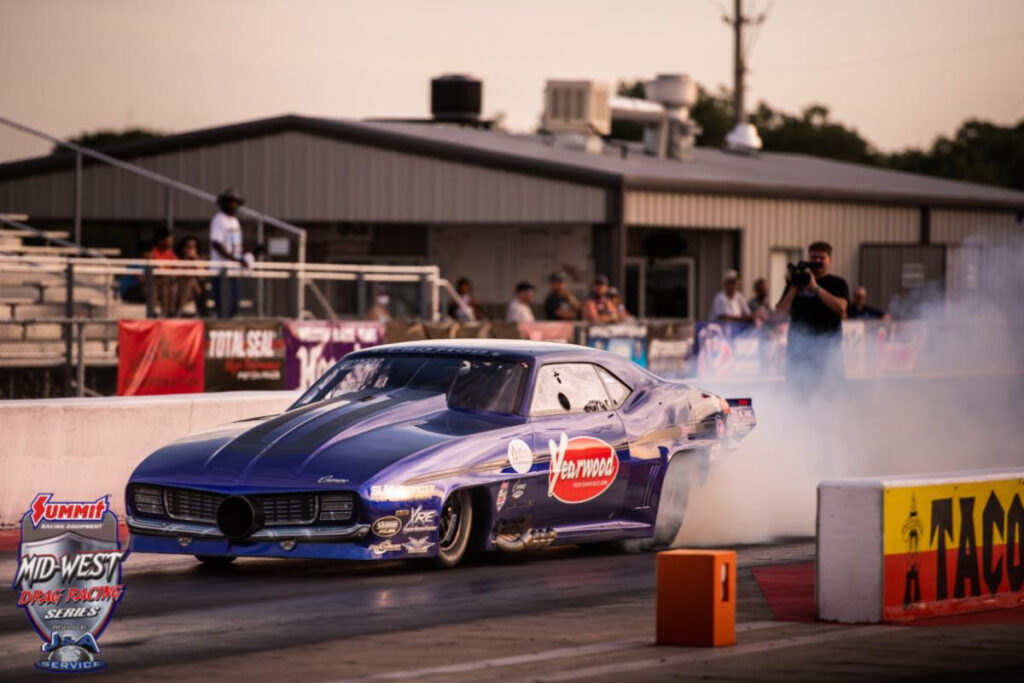 A cool moment from Xtreme Raceway Park, crew chief Bob Gardner surprising jumped behind the wheel of Clint Satterfield’s 100-percent-NHRA-legal ’69 Camaro Pro Mod, fired up the ProCharger-equipped XRE Hemi, and motored from victory lane back to the pits at Xtreme Raceway Park in Ferris, TX. In the wee hours of July 12, the dynamic duo out of Springfield, MO, had just defeated nitrous stalwart Jim Sackuvich in the Pro Mod final for Satterfield’s career-first win in the recently rebranded Summit Racing Equipment Mid-West Drag Racing Series presented by J&A Service (MWDRS).

“I just said, ‘Just don’t do a burnout, that’s my job,'” Satterfield said with a laugh after solidifying his 2020 MWDRS points lead. “Bob deserves it. He works every bit as hard as I do to make this thing go and when you’re winning everything’s fun. But you know, even when we were losing and getting beat up every weekend we were still having fun. I mean, we’re exceptionally blessed. We get to play with race cars.” 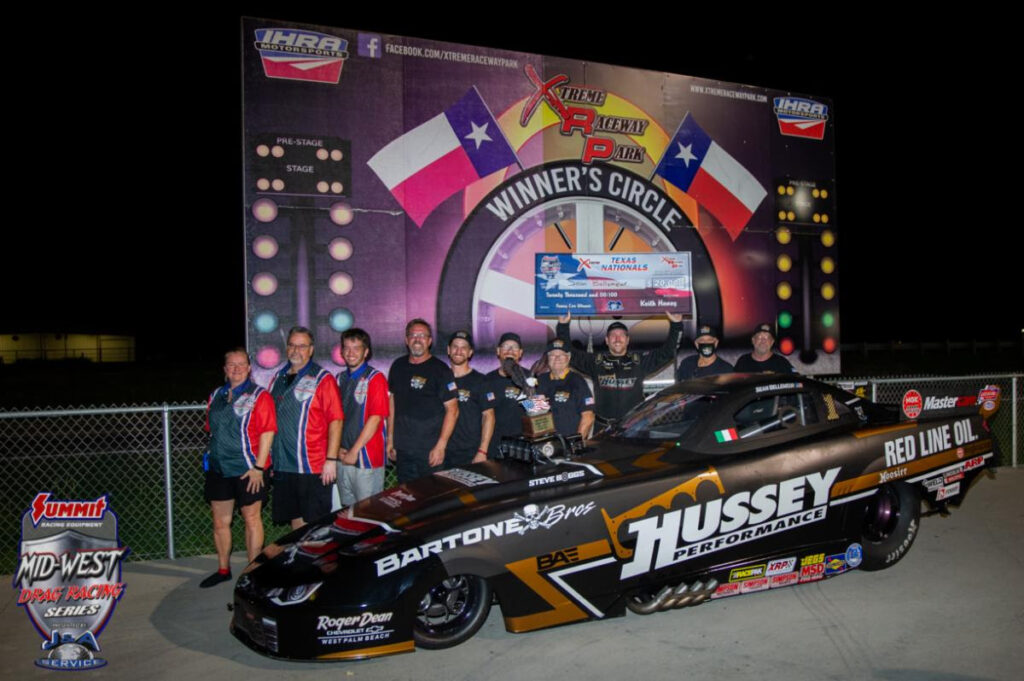 Also, gracing victory lane at the tidy eighth-miler just south of Dallas was number-one qualifier Sean Bellemeur, who ran the table in the first-ever MWDRS edition of Top Alcohol Funny Car with low elapsed time and top speed on his way to earning an incredible $20,000 payday.

“I saw the win light, but Ferris being a relatively short track I was really kind of focusing on getting the chutes out and getting stopped,” the affable Californian said. “But we do have radios in the car and my car chief, Troy Green, he got on the radio and all he kept saying was, ‘$20K baby, $20K!’ I’ll never forget that as long as I live. That’s when I started screaming into the radio, ‘Alright, $20K, let’s go get paid!’ And you know, it was a great moment, very exciting.” 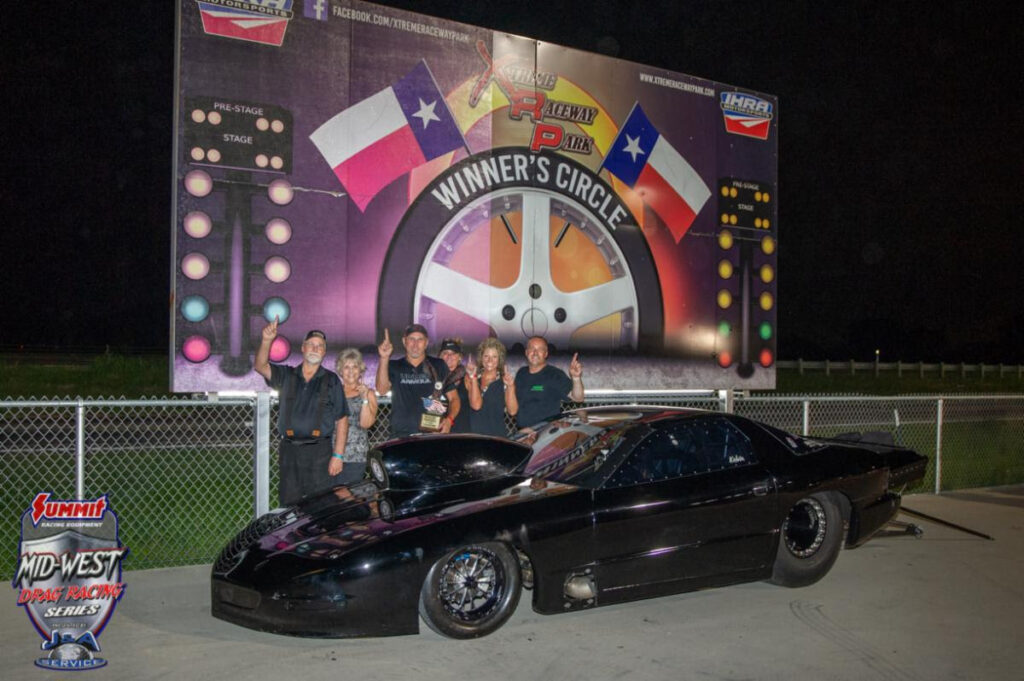 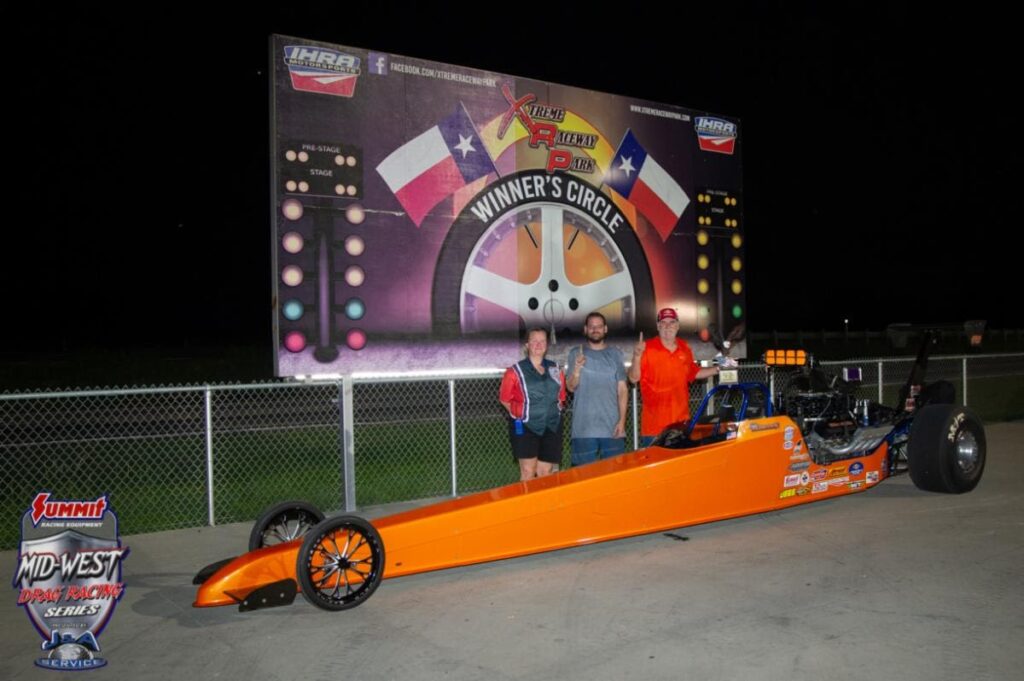 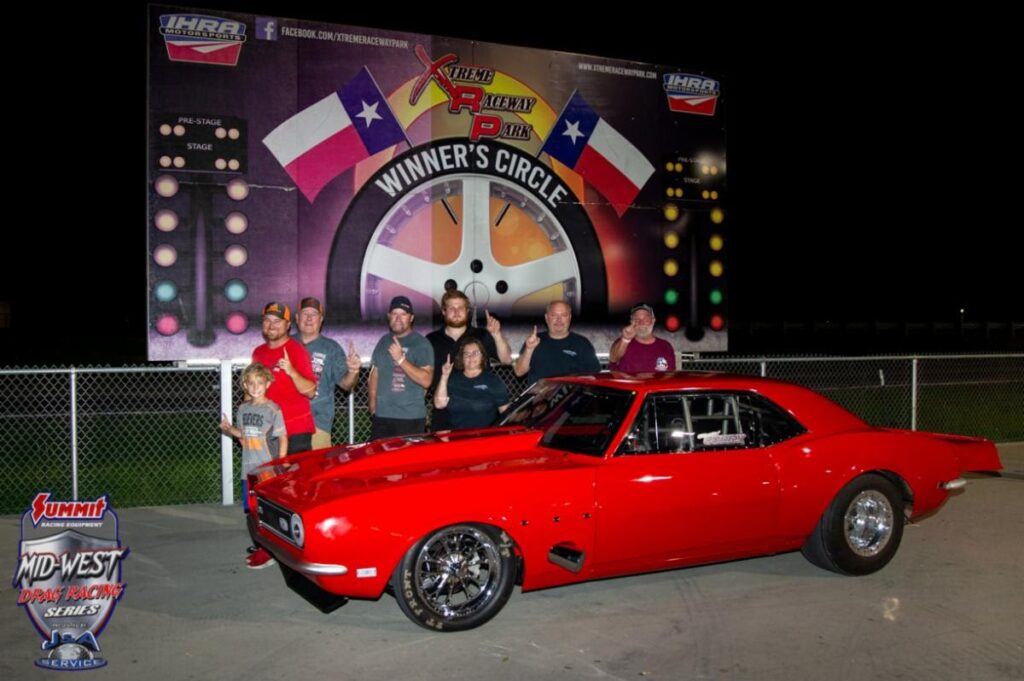 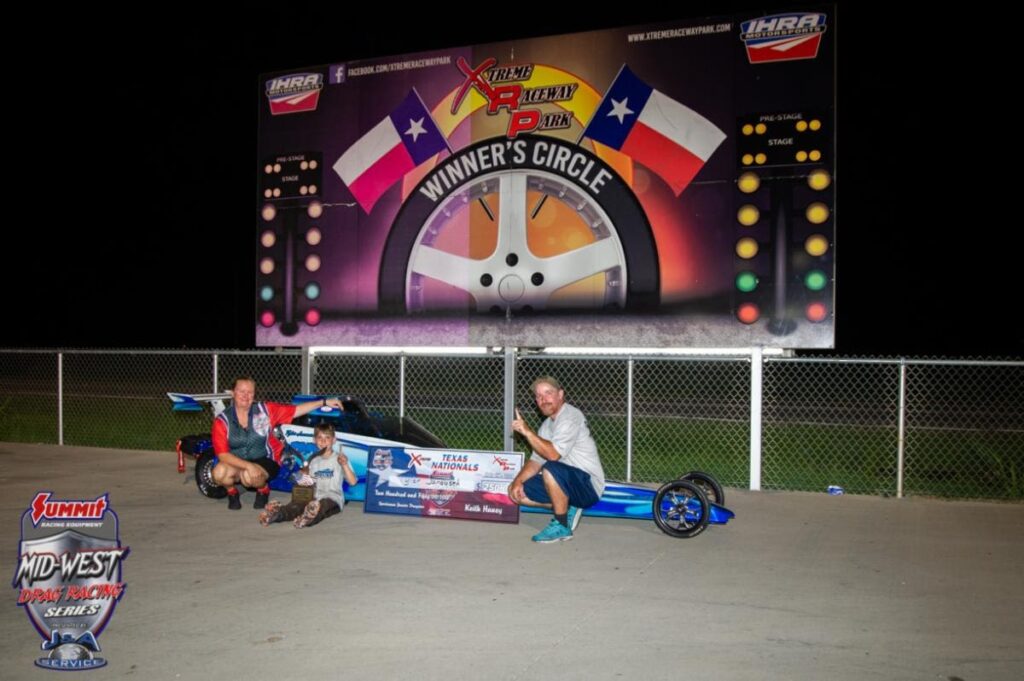 “We couldn’t be happier with how our first race under the Mid-West Drag Racing Series banner went,” MWDRS Events Director Ellen Eschenbacher stated. “Thanks to Summit Racing Equipment and J&A Service, as well as all of our other great marketing partners, we were able to really step up and put on a great show for a really impressive crowd on hand. Clyde and his track crew, along with all our Mid-West Series staff, did a wonderful job under some really hot and humid conditions all weekend long.”