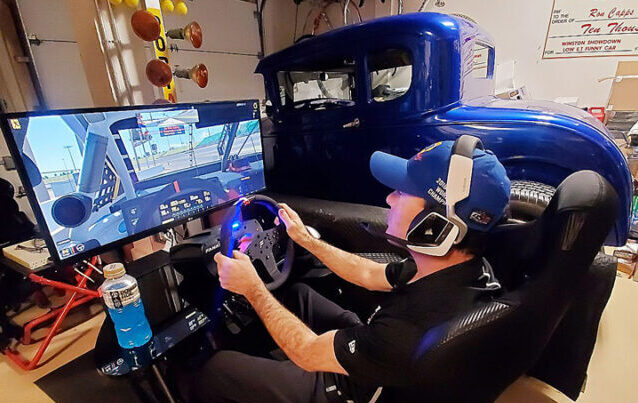 Most NHRA Mello Yello Drag Racing Series drivers practice their reaction times on a regular basis to stay in shape when they’re not on the road. That repetition does keep them sharp in between races and is part of their conditioning for either 1,000-foot bursts or a quarter-mile race.

Ron Capps, Don Schumacher Racing’s (DSR) 2016 championship driver of the NAPA Dodge Charger SRT Hellcat Funny Car, went to college to be a software engineer. That training led him, in the earliest days of the racing simulation business, to join forces with iRacing in 2008 when the organization was just getting its start. He’s been an iRacing beta tester ever since. 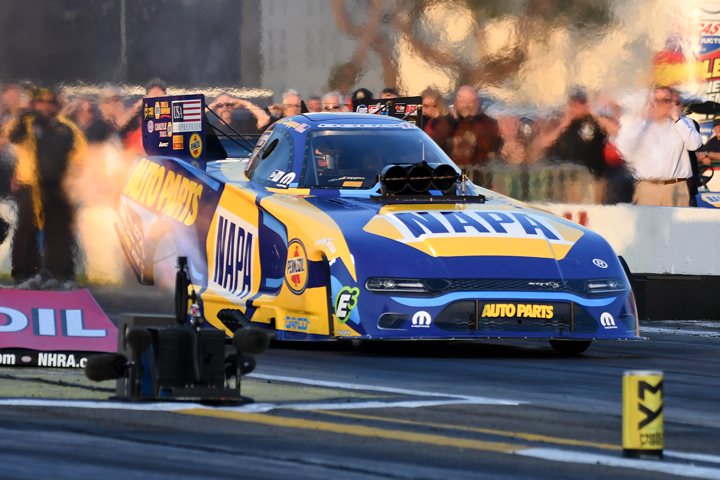 Virtual motorsports has become a passion for Capps, who will drive anything in either the real or virtual world, given the opportunity. As one of iRacing’s first team members, he’s been a source of information and feedback for more than a decade. As a beta tester, the Carlsbad, Calif. resident test-drives iRacing’s cars using an at-home simulator, providing feedback as to the realism of the race car, suggesting ideas to improve the platform.

“I’ve always been a huge gamer,” Capps admits. “I went to college to be a software engineer and, obviously, I’ve always had a love for racing. Back when computer gaming was just starting out, a guy by the name of David Kaemmer was pretty much the guru in the racing world as far as anything gaming-related; he had a cult following. When he co-founded iRacing, I heard rumors about it and reached out to ask if there was any way I could help. Lo and beyond, I got a note back and I got to be one of their early beta testers.”

Capps had a front-row seat watching iRacing grow over the years. While the platform was initially biased to NASCAR, “To look at it now, how many different series are represented, it’s just awesome.” Ron Capps, it should be recalled, was able to test-drive with the NASCAR-based International Race of Champions (IROC) series at NASCAR’s biggest and longest oval, Talladega Superspeedway and on the 1.5-mile Chicagoland Speedway just across the street from one NHRA’s regular tour stops, Route 66 dragstrip in Joliet, IL. 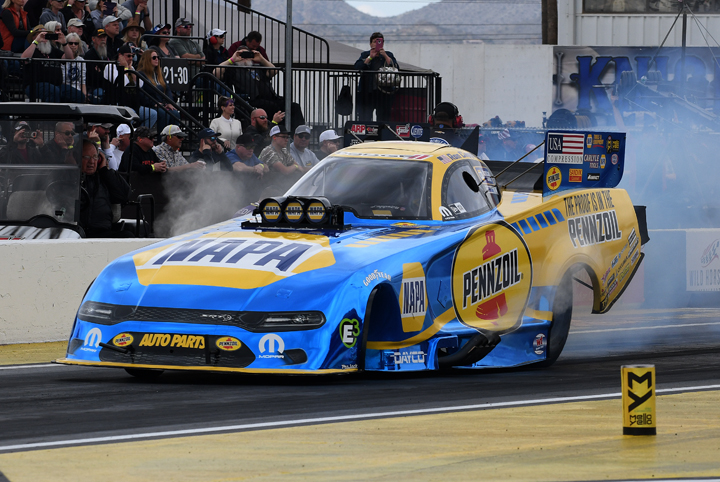 Now that Ron Capps has some free time to indulge his love of virtual motorsports, he’ll be participating in three iRacing events occurring this week. First up is tonight’s bi-weekly Replacements event, happening at 9PM ET. He’ll be behind the wheel of a No. 28 NAPA AUTO PARTS stock car, taking on the likes of Dale Earnhardt Jr., Richard Petty Racing’s Darrell “Bubba” Wallace and William Byron from Hendrick Motorsports, as they compete on the 1.5-mile Kansas Speedway banked oval.

Since he’s the sole straight-line racer in this – and many other – online events, Capps enjoys the opportunity to represent NHRA as drag racing’s ambassador in such an ultra-competitive field. The Kansas Speedway Replacements race will be streamed on Twitch; fans are encouraged to take advantage of an in-car camera perspective, thanks to “NAPA View”, giving fans the view from inside Capps’ virtual cockpit. This will stream on NAPA’s YouTube channel.

Next up is the weekly World of Outlaws iRacing Invitational, which takes place every Wednesday at 9PM ET. Once again, he’ll be the sole NHRA representative in this particular competition, which is live-streamed on DIRTvision.com. The busy driver closes out this week with World Wide Technology Raceway’s inaugural invitational iRacing event, the eSports Bommarito.com Throwback 500, taking place on Sunday, March 29th at 8PM ET. This eRace airs on Speed51.com.

“For so long,” Capps explains, “I’ve been talking to so many drivers about iRacing, and I’m not sure how much anyone took me seriously until a few years ago, when they saw how much it grew. Between [racing] the Chili Bowl and iRacing sponsoring drivers, it became more mainstream. [Kalitta Motorsports’] Shawn Langdon now has a simulator and so does Cruz Pedregon. J.R. Todd is in the process of getting one.

“Pro Stock Motorcycle racer (and 3-time champion) Matt Smith and I have been racing against each other quite a bit lately. Representing our sport in these big races coming up is going to be monumental for me. It’s going to be a lot of fun and I’m always proud to represent NHRA.”

Hopefully this push to virtual motorsports will be a short-lived one for Capps as he looks forward to getting back to his primary car and working towards moving up from fourth in this year’s Funny Car standings after running two races. At this time the series has indicated an intent to return to competition in time for the SpringNationals Houston event, scheduled for April 17-19.