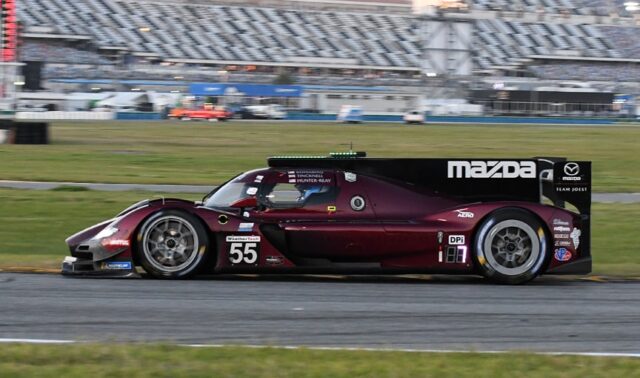 IMSA, the International Motor Sports Association starts its 52nd WeatherTech Sportscar Championship season this coming weekend on the historic road course at Daytona International Speedway (DIS). The Roar before the Rolex 24 is customarily held the first weekend of January. Not this year, as every event is reconsidered due to the ongoing worldwide pandemic.

Instead, the Roar is being conducted the weekend prior to the 59th Rolex 24 at Daytona, sports car racing’s midwinter twice-around-the-clock classic that brings some of the best cars and drivers from around the globe to the Atlantic coastline. The Roar this year boasts 50 entries, spread between IMSA’s top-line DPi prototype class, LMP2, the new LMP3 prototype category, GTLM and GTD. 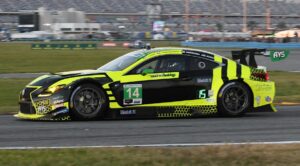 While it’s customary for the more production-oriented classes to boast more entries, this year there are 34 prototypes expected to make the trip to Daytona Beach and contest the four practice sessions, qualifying and warm-up prior to the Motul Pole Award 100 race that determines starting grids for the 24-hour contest. The qualifying race starts at 2:05PM (Eastern) and will be shown delayed on NBCSN at 4:30PM.

The rationale for moving the Roar closer to the 24-hour race is to lessen travel demands for teams and their personnel. With many drivers and team members coming from either outside the United States or long distances to Florida, this is a good idea and one IMSA might consider going forward. The weekend also serves as the season-opening race of the IMSA Prototype Challenge and serves as a test session for IMSA’s Michelin Pilot Challenge. 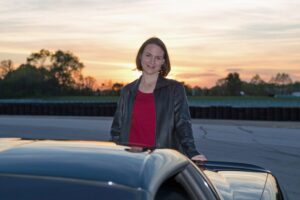 There will be new teams – and returning teams – to root for in every category. Although Acura Team Penske, last year’s season champions, have packed their tents in IMSA after competing for three seasons, Acura returns with two entries, from Wayne Taylor Racing (WTR), the reigning back-to-back Rolex 24 at Daytona champions (with Cadillac) and Meyer Shank Racing, who won the 50th Rolex 24. A single Mazda DPi is entered, while Cadillac has four entries, spread between Ally Cadillac Racing, Chip Ganassi Racing, JDC-Miller MotorSports and Action Express’ Whelen Engineering Racing.

Both Mazda and Acura have been quick at the Daytona track, but it’s been Cadillac winning this long race. With ECR engines and a robust chassis, together with drivers ultimately familiar with their machinery, Cadillac has been the recent gold standard for IMSA’s longest race. Wayne Taylor Racing, which moved from Cadillac, is packed with Acura veterans, including Ricky Taylor, Alexander Rossi and Helio Castroneves joining 2020 Le Mans and WEC champion Filipe Albuquerque. Only Albuquerque, in this prestigious grouping, has no previous racing racing experience with Acura’s ARX-05 DPi prototype. 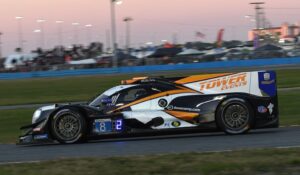 Meyer Shank Racing, in the second ARX-05, has picked up former Acura Team Penske racers Dane Cameron for the full season as the team returns to prototype competition, Juan Pablo Montoya for Daytona, while Olivier Pla, a veteran of Ford’s GTLM program and Mazda’s DPi efforts, joins MSR for the full-season program. 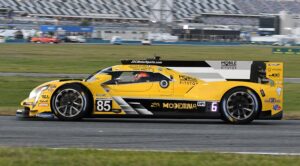 The LMP2 grid has strengthened with 10 entries, two of which come from reigning, two-time champs DragonSpeed USA. There are seven LMP3 cars entered for the Roar, while the GTLM entry list has shrunken, with only six cars entered this year after Porsche ended their program and others pulled entries. They’re led by the two Corvette Racing C8.R entries, two BMW Team RLL M8 GTEs, a single Ferrari 488 GTE from Risi Competizione and WeatherTech Racing’s customer Porsche 911 RSR – 19, as the latter team moves up from GTD competition. 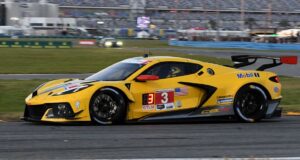 Notably, Chevrolet has, for the first time, designated a sports car racing program manager, now that long-time leader Doug Fehan has retired. Laura Wontrop Klauser has managed the company’s IMSA Cadillac DPi program and Camaro GT4.R programs and has an engineering pedigree, including a master’s degree in engineering to accompany her mechanical engineering BS. Her goal is to expand the level of engineering and technical direction for Corvette Racing as it sets course for its future with the mid-engine – and already very successful – Chevrolet Corvette C8.R.

The weather in Daytona Beach, as anyone who’s attended this race knows, can range anywhere from sunshine and warmth to abysmal rain and cold. At this time, forecasts for the Roar call to high 60s and low 70s with, at most, a 25% chance of precipitation for Saturday and Sunday, while scattered clouds should prevail all three days.