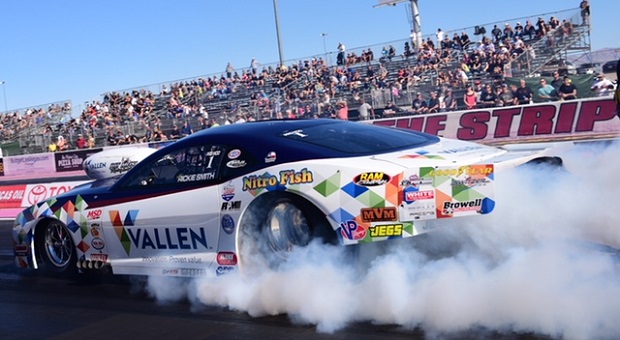 Three-time NHRA J&A Pro Mod Drag Racing Series champion Rickie Smith proclaimed, in 2016 after winning his third championship, that 2017 was going to be his absolute, final season of racing. Asked over and over and over again if he was serious, Smith emphatically said that yes, this is it for sure.

That’s understandable, after a stellar career winning multiple IHRA, PDRA and NHRA national race titles and championships. At some point everyone gets burnt out, even though we all know there’s no real cure for the racing bug. Asked throughout his 2017 campaign if he was sticking to his statement, even after going through back surgery at mid-season, Smith kept insisting he was done; this was it.

And then came the 2017 season finale on The Strip at Las Vegas dragstrip, where Troy Coughlin earned his third title, matching Smith, whose illnesses relegated him to a ninth-place result, unable to to secure another back-to-back title like he did in 2013-2014. (Smith and Pro Stock Motorcycle racing son Matt became the first father-son duo to earn professional NHRA titles in the same year, in 2013). 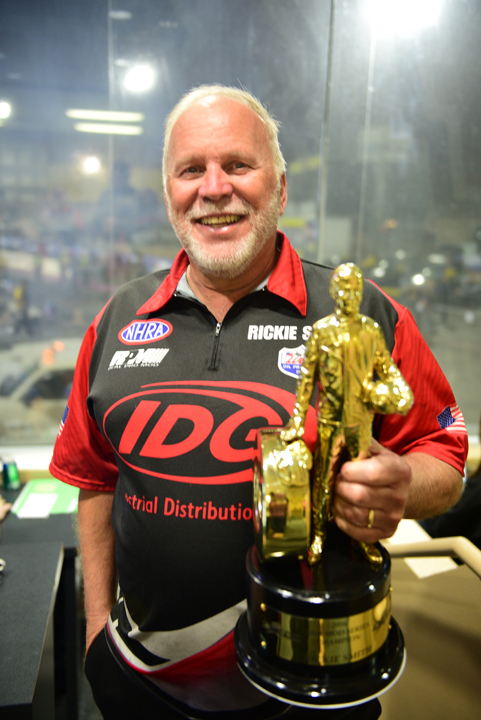 As he waited to qualify and race in the Las Vegas staging lanes, it was time to ask once again – is this it? There was a pause, a long one.

“Well, I’m having fun. I feel good. The issues I had with my back are gone now.” Smith laughed. He looked around. He laughed again.

No, this won’t be Rickie Smith’s final year. He’s still competitive; the class he races, Pro Mod, is growing. There’s space in his King, NC home for more Wally trophies, Smith allowed. So expect to see Smith, inducted last year to NHRA’s SouthEastern Division Hall of Fame, back on track again in 2018, driving his IDG 2015 Camaro at the season opener in Gainesville next March.

He doesn’t care what you think of him; this is Rickie Smith’s life, and he’s happy to be part of the NHRA J&A Pro Mod show. After winning on his return to competition in Englishtown last June, he said, “It’s just awesome to come back. People can like me or not like me; I race hard, I work hard and I’ve got God on my side. That’s all that matters to me.” 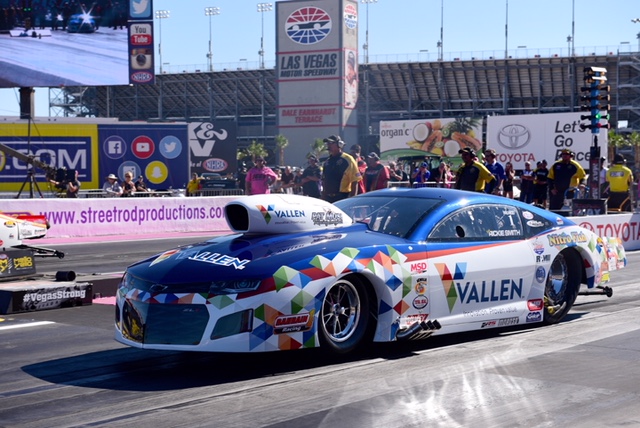