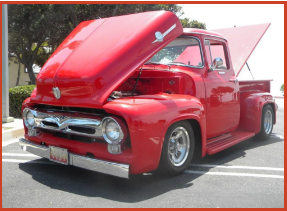 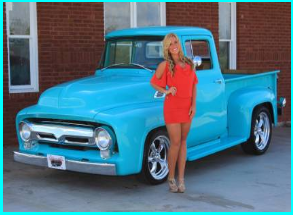 Ever since seeing Chip Foose’s 1956 Ford F-100 on his television show, Overhauling, I’ve dreamed of restoring one for myself. In fact, if I were going to restore any truck out there for my own, it would be this one. Chip had his painted in black and it looked like a Hot Wheels when they were finally finished putting his together. We may differ on the color choice, but there isn’t any doubt that these trucks have become extremely collectible commanding big money in the automotive marketplace. Prices on the Ford F-100 range widely depending on its condition and if it’s been restored. It’s safe to assume if a buyer finds a running truck, that’s all in one piece, they’re going to be paying $20,000 minimum for the truck if they can find one in decent condition.

This model of pickup is the second generation of the famous American Ford truck. Ford introduced the second generation in 1953 and built it until 1956, before thoroughly redesigning it for 1957. The new F-100 now offered many options never seen in Ford pickups before. Ford now offered a radio, sun visor and armrest. The F-100 also had a new transmission to accompany its engine choices beginning in 1953.

What’s so cool about it?

Built for one year only, the ‘56 Ford F-100 is the hardest to find from the second generation of Ford trucks. It doesn’t look like there’s any shortage of uber expensive options to buy, so where does a person find a reasonably priced truck? The World Wide Web of course! Pictured in this article are a few great trucks all priced between $25,000-$40,000 dollars. After browsing the classifieds and drooling, wishing I could have the one that’s $125,000, I realized there are some excellent buys out there. The sky’s the limit when looking to purchase a ‘56 Ford-F-100, but that doesn’t mean you have to break the bank trying to get there. 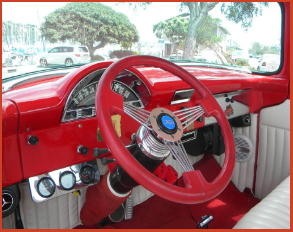 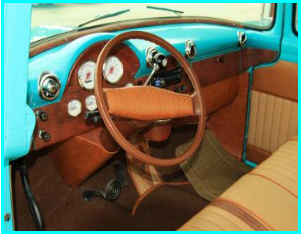 F.Y.I. As the World Turns was among television’s most watched show in 1956.

Automotive: The 1956 Ferrari 290 MM by Scaglietti is one of few cars that have sold at auction for over $20 million.

In the Movies: The Ten Commandments and Giant were two of 1956’s most popular feature films.

Billboard Charts: “Heartbreak Hotel” by none other than Elvis Presley topped the billboard charts for over 6 weeks in 1956..

Fun Fact: The Oklahoma Sooners were NCAA Football Champions in ‘56. 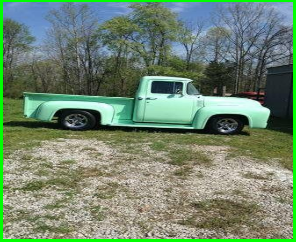 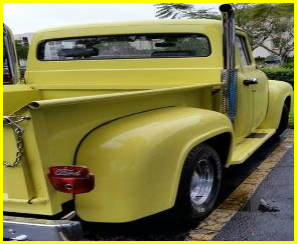