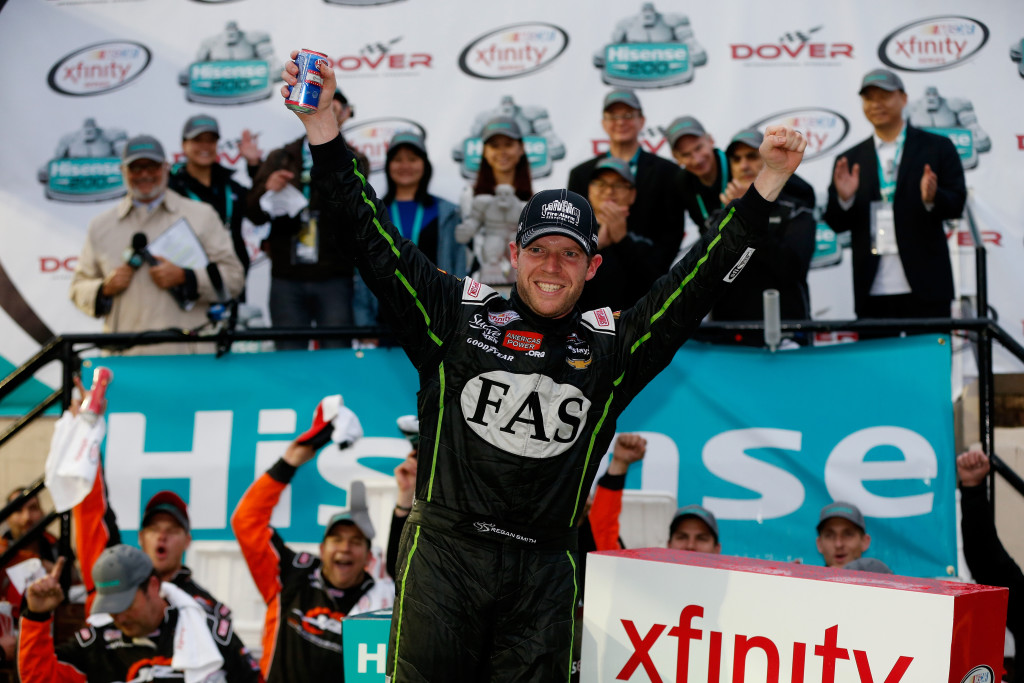 Winning does good things for a race team and no one knows that better than Regan Smith after crossing the finish line first in Saturday’s NASCAR Xfinity Series Hisense 200 at Dover International Speedway.

Having to climb back to the front after being relegated to the rear for a cut left rear tire just after pitting for fresh right sides early in the race had the Cato, NY native fighting his way back into the Top 10 when a 31-minute rain delay stopped the race around the midpoint.

When the Xfinity field hit pit road after the skies cleared, the No. 7 team of JR Motorsports took four tires and came out fourth with his quick stop behind Elliott Sadler, Denny Hamlin, and Kyle Busch.

On the restart on lap 121 of 200, Regan charged from fourth to first, following and then passing Sadler coming off turn two, and never relinquished the lead from that point on.

With all drivers having to play the fuel mileage game to reach the finish, Smith had to battle with Hamlin with 35 to go when he made an attempt to take the lead as Smith had slowed his pace, trying to save fuel.   Smith fought him off and started to pull away when Busch made a push on Hamlin in hopes of getting to the front.  That allowed Smith to keep up his momentum, slowly pulling away. 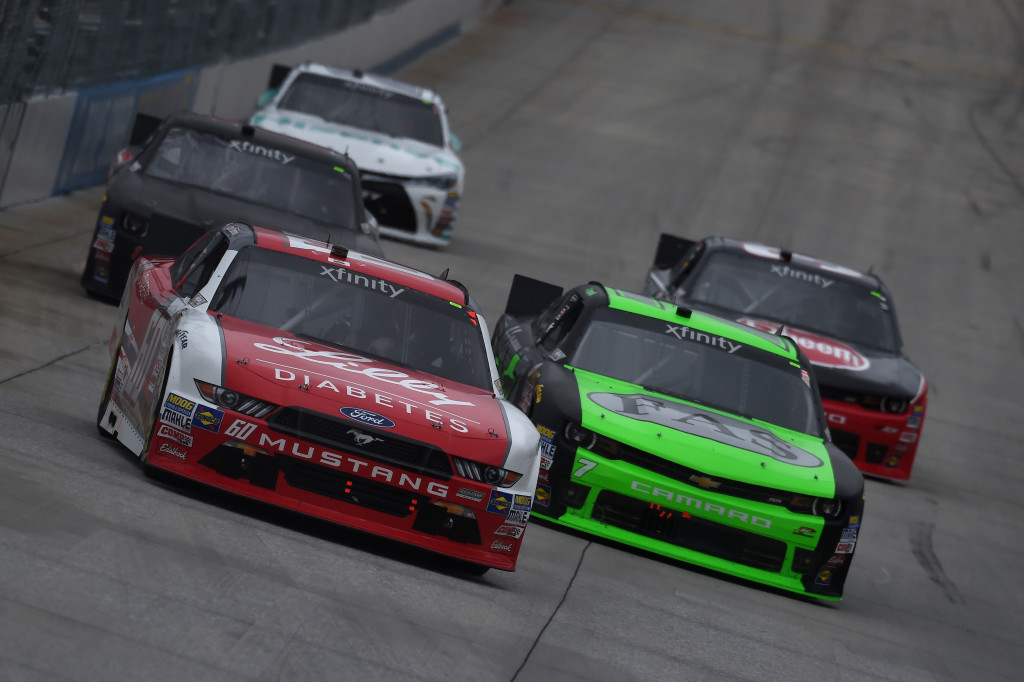 “I knew the car was fast, but I didn’t know it was that fast until we got out in clean air,” Smith said. smiling in Victory Lane.  “This wasn’t a Hail Mary.  We came from the back to the front and just had a fast race car.

“If we can keep doing that every week, and get another win or two here or there, I don’t know what’s going to happen.  I’m trying to figure out some things for next year, so wins never hurt—that’s never a bad thing going forward.”

Smith, who is looking for a new ride next year, won his sixth race of his Xfinity career and second this year winning at Mid-Ohio in August.

The NASCAR Xfinity championship battle with only five races to go had plenty of twists and turns with Chris Buescher finishing eighth, maintaining his lead by 24 points over Chase Elliott (7th).  Smith, coming home victorious, passed Ty Dillon (28th) for third, now 36 points in arrears.  Dillon blew a right front tire on lap 24 when he hit the turn two wall and had to go the garage for repairs.  He made up nine spots after the repairs and finds his No. 3 team 39 points out. 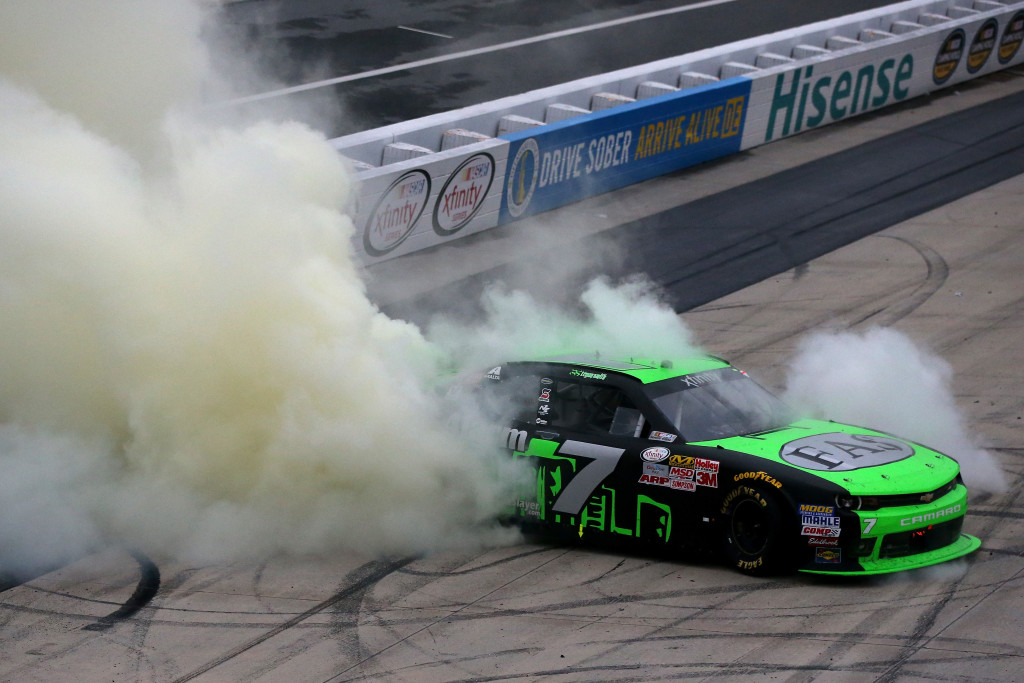 The average speed of the Hisense 200 was 105.156 mph, slowed by four caution flags for 29 laps.  There were five lead changes among four drivers.

Up next for the NASCAR Xfinity series is this Friday night, October 9, for the running of the Drive for the Cure presented by Blue Cross/Blue Shield of NC at the Charlotte Motor Speedway with a 7:30 p.m. EDT start on NBCSN.