INDIANAPOLIS – You can hear it in the air. You can taste it, smell it and most importantly, feel it: Arguably the most historic sporting event in most of our lifetime is just two weeks away.

Even if you aren’t a fan of open-wheel racing such as the Verizon IndyCar Series, even if you don’t know the difference between a pit stop and a pit pass, you should take note of this one because it is a true milestone:

You think the Super Bowl has more staying power? Hah! The NFL’s prize gem is only 50 years old. It’ll never catch up with what happens at Indy.

The NHRA has been hosting the World Finals for 60 years. That’s still four decades short of what has taken placed on the 2.5-mile brickyard in the town they call Circle City.

They don’t call the Indy 500 “The Greatest Spectacle In Racing” for nothing. Careers and fortunes have been made – and lost – here. It’s been a magnet for companies big and small to pony up a lot of money to get their names plastered on the side of race cars.

It’s arguably the most significant local event anywhere in the United States. The folks of Indianapolis – and particularly Speedway, Indiana, within whose borders the track actually sits within – are extremely guarded and protective of “their race.” They want to make sure their town, their state and THEIR TRACK present the best view and image to a worldwide audience.

And yes, sadly, lives have also been lost in chasing the checkered flag, the Borg-Warner Trophy awarded to the race winner and, of course, the ceremonial bottle of milk toast for the Indy 500 champion. 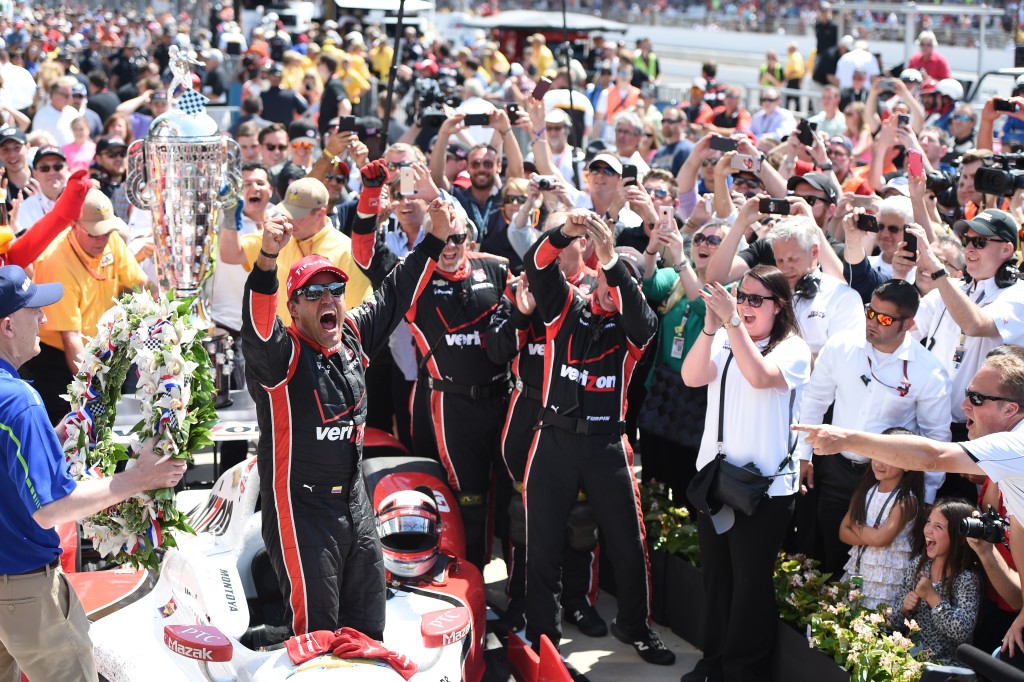 You may think this is just another race – and in theory, it is, being the sixth race on the 16-race IndyCar schedule. But there is no other race that can compare, with an expected worldwide TV audience that will easily crack several hundred of millions of viewers.

And, for the first time in over 20 years, every reserved seat in IMS will have a fanny in it, cheering for their driver while taking in the aura, the history, the excitement, the pathos, the drama and then the big exhale when it’s finally over and a new winner is crowned.

So what’s the big deal of a sellout, you may ask? While the track’s exact capacity has never been revealed, it’s without question the largest single-day sporting event crowd in the world. We’re talking upwards of 300,000 folks will stream through the gates at 16th Street and Georgetown Road on May 29.

Folks will start arriving at 3 a.m. ET to get through the gates when they open at 5 a.m. ET.

And, God forbid, you forget to set your alarm clock or get a late start, you’ll be mired in a traffic jam like you’ve never, ever seen. Trust me, I’ve been coming to IMS for over 30 years, and in its hey day, it was not unusual to take up to five hours to just get near the place, let alone find a parking spot.

As I write this, I just witnessed qualifying for Saturday’s Angie’s List Grand Prix of Indianapolis, which in 2014 became a great warm-up act for the Indy 500, getting folks excited, the conversation started and the vibe a rollin’.

You can definitely feel the anticipation for the 500, no question about it. Talk to fans, drivers, fellow media members and they’ll all be gracious and talk about the ALGPI, but far too often and in the same breath, they’ll quickly add the 500 to the conversation.

As a reporter who has been at IMS for the good times and the bad, I try not to let my emotions get too much of a hold of me. I try to look at one race like another. Sure, it’s Indy, which adds spice to the equation, but like I said, it’s still just one race.

But not this time. This will be history and I am so looking forward to being part of it. It will be something I can tell my future grandkids about, that I was there, that I experienced all the pomp and pageantry, that I could proudly say I was a witness to what will be the greatest race day ever – both on and off the racetrack.

If you’re headed here to Indy to attend the 500, you already know what I’m talking about. But if you’re not going to attend or, at the very least, not even watch it on TV, you’re going to be doing yourself a true injustice.

Like I said earlier, this is a once in a lifetime opportunity. If you think you can wait until the next one comes around, good luck with that: the 200th running of the Indianapolis 500 won’t be until late May 2116. Good luck if you think you’ll be around then.