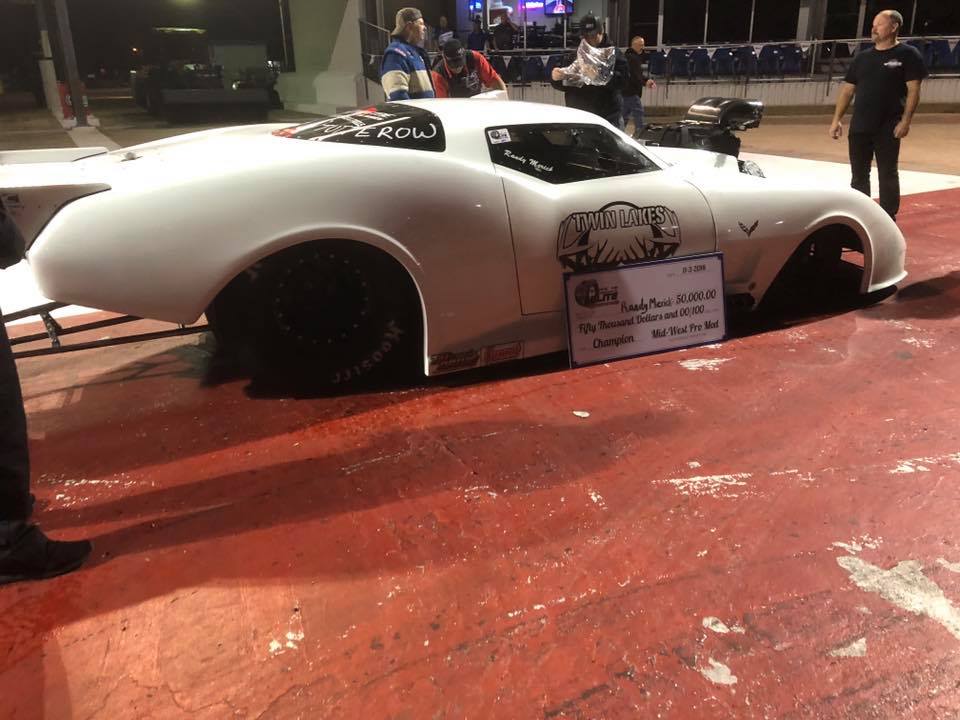 Following a hard-fought weekend of Pro Mod drag racing, one driver would drive away with the LARGEST Pro-Mod payout in the world. Despite being taken out in the Semi-Finals of the Mid-West Pro Mod Series & Elite Motorsports ELITE 16 at the Texas Motorplex in Ennis Texas, Randy Merick was ready to pack up his 1979 Corvette and give up his chance at a $50,000 payday. That is until the driver who tried to ruin Merick’s weekend was disqualified due to his inability to make weight. After this Merick had the opportunity to take on ProLine Racing‘s own Eric Dillard and his Procharger equipped 1969 Camaro in Sunday’s final round.

After taking off from the starting line, Merick said that he couldn’t believe it when his win light was blinking at the end of the 1/8th mile strip.

“It was an amazing feeling to win this race as well as the huge purse,” said Merick. “I don’t know why everyone is asking me to split the purse with Dillard and his team, but I won this fair and square and I can’t wait to see what is next for my team.”

Despite winning this race Merick did have one thing missing – a championship in the Mid-West Pro Mod Series. After getting quicker and quicker throughout eliminations last year’s runner-up Jonas Aleshire was able to put together a win in the MWPM final, which netted him a $10,000 payday as well as the 2018 Championship.

Congratulations goes out to each of these drivers, especially to one of the current richest Pro Mod drivers out there!

About Ellen Richardson 454 Articles
Ellen Richardson is the author of Behind The Wheel for RacingJunk.com. This automotive sports junkie has a passion for telling an athlete's story while also covering various racing activities. Find out more about her at ellennrichardson.wordpress.com or follow Ellen on Twitter at @ellennrich or Instagram at elnrich33.