The Monster Energy NASCAR Cup Series drivers were back on the track to kick off Speed Week at Daytona International Speedway. Qualifying was held in the afternoon to see who would make up the front row for the Daytona 500 on Feb. 17. William Byron and Alex Bowman will start the Daytona 500 on the front row. Jimmie Johnson won a rain-shortened Advance Auto Parts Clash which was held under the lights. 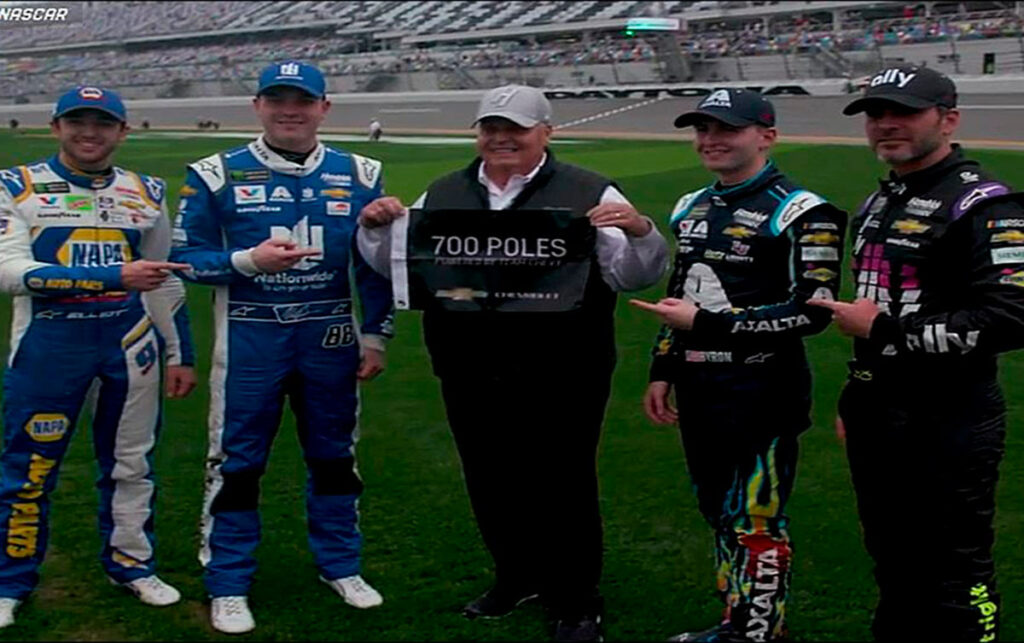 Rick Hendrick was all smiles after Daytona 500 qualifying wrapped up early Sunday afternoon. With William Byron earning his first pole and Alex Bowman qualifying second, he has every right to smile, especially considering that Chase Elliot and Jimmie Johnson qualified third and fourth. Elliot and Johnson will see where they start in the Daytona 500 after the Duels on Thursday. 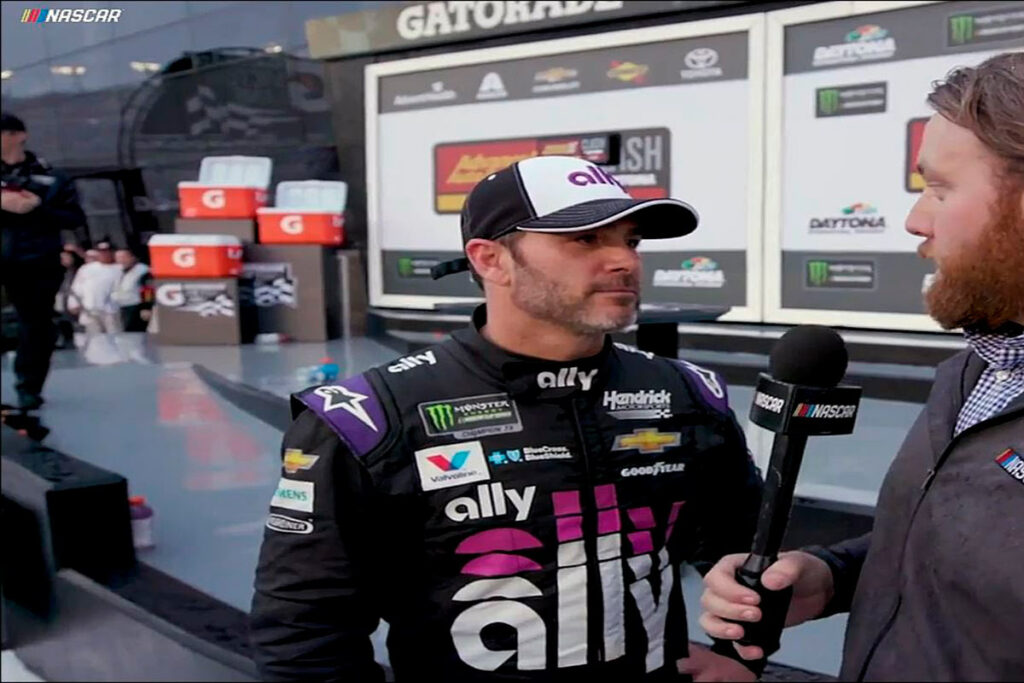 The Monster Energy NASCAR Cup Advance Auto Parts Clash got off on time under skies that threatened rain. A light rain started falling on Lap 8, bringing out the race’s first caution. Lap 9 saw the red waved, stopping the race for about 21 and a half minutes. Yellow #2 came out on Lap 25, a planned caution.

The caution flew again with 20 laps remaining in the 75 lap race when #48 Jimmie Johnson and race leader #21 Paul Menard made contact, sending Menard around. The wreck ended up collecting 17 cars. The rain started again while safety crews were cleaning up the carnage. The race was called shortly after. Jimmie Johnson, won with Kurt Busch in the Gannassi Racing #1 coming in second and Joey Logano in the Team Penske #22 taking third.