Spring is here and short track stars across the nation are gearing up for their 2015 race season. The stars of the Midwest Dirt Late Model Racing Series are no exception, as they hit the banks of Lucas Oil Speedway this Friday and Saturday (April 10-11, 2015) for the 2nd Annual MLRA Spring Nationals sponsored by RacingJunk.com.

“This is one of our bigger races of the season,” said Lucas Oil Speedway Marketing Coordinator Pleasants Murray. “We have several top MLRA drivers who are expected to compete at our dominate dirt track including Jeremy Payne, Terry Phillips, Brad Looney, Tony Jackson, Jr. and more.”

MLRA Series Rookie Jim Sherech will lead the points battle into one of the most challenging races of the season after dominating the season opener at I-80 Speedway last Saturday night when a pole start led to everyone eating his dust throughout every lap.

This rookie will have to protect his points title against a field of 35 of the best dirt late model drivers, including 2014 MLRA point series champion Chad Simpson who says that he is looking forward to returning to Lucas Oil Speedway. “This is a really nice facility who puts on a great race,” said Simpson. “The fans really get into the action and although things didn’t pan out for us last year, I have won at this track in the past and hope to take home a win this weekend.” 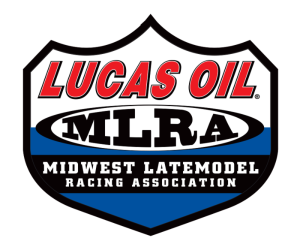 In order to pick up the win, Simpson will have to hold off competitors like the 2014 Spring Nationals dominator, Jeremy Payne who took home wins for both the USRA Modifieds as well as the MLRA Late Model trophy on Saturday night.

“Although I have competed and won at this track in a USRA Modified both last year and in the past, running a MLRA Late Model for the first time and actually pulling off the win with both a brand new car and team this time last year was incredible,” said Payne. “Obviously, I am really looking forward to returning to defend this title especially at such an exceptional facility.”

In addition to one of the most exciting MLRA Late Model races of the season, fans will also have a chance to witness NASCAR star Ken Schrader once again return to his roots as he takes on the newest stars of the USRA Modified Series.

“We are always excited to welcome Ken back to his home state of Missouri to compete in this race,” said Murray. “We definitely feel that Lucas Oil Speedway gives Ken and all the drivers competing here the most high quality dirt track experience possible and we look forward to once again proving that again this weekend.”

The more than 4,000 fans in attendance will also have a chance to enjoy a host of other family fun activities including an on track driver autograph session. Check out lucasoilspeedway.com for all the details.