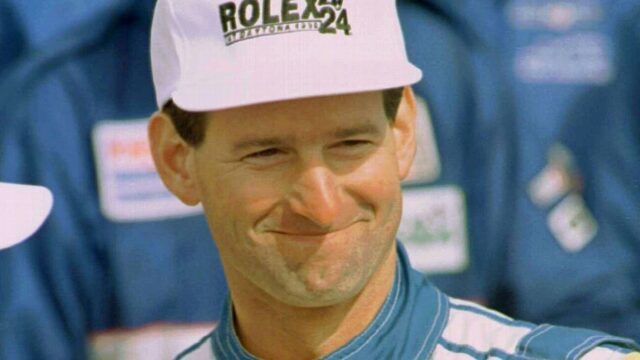 Race fans and drivers all over the world are mourning the loss of one of their own today. After contracting the virus that has turned humanity on its head, former Rolex 24 champion Jim Pace has passed away. The 59-year-old 1996 winner of the Rolex 24 passed in his hometown of Memphis, Tennessee over the weekend after a short battle with COVID-19.

Pace began his racing career in Barber Saab in 1988, and quickly moved up to sportscars. After finishing third in IMSA Camel Lights in 1991, winning at Road America in an Essex Racing Kudzu-Buick, this racing legend won the 1994 IMSA Camel GTU championship and followed this victory up by taking overall honors in 1996, driving with Wayne Taylor and Scott Sharp in a Doyle Racing Olds-Riley & Scott Mk III, in the Rolex 24. In the same year Pace also won the Twelve Hours of Sebring. Throughout his rise through the ranks Pace helped to sow the seeds of motorsport through his decades-long contributions at the Skip Barber Racing School, including providing coaching and advice to top talents on their way to IndyCar and sports car careers.

Before his passing, Pace was also part of 50-Plus Racing/Highway to Help campaign that competed to raise funds for Alzheimer’s awareness and he even acquired an ownership stake in a Historic Sportscar Racing team.

After learning of his passing both fellow drivers and acquaintances of Pace took to social media to share their support.

2020, you continue to suck. Godspeed to the 1996 @Rolex24Hours & @sebringraceway 12H winner #JimPace On this sad day, think of all the happy SPEEDY Memories provided by Mr. Pace. pic.twitter.com/Cd9Xtqqzs3

Gutting. One of the nicest people I met in my long ago racing days. And an animal behind the wheel. Covid is relentless, and doesn’t discriminate. The world is an even sadder pace today. #jimpace

We at RacingJunk.com send our condolences to this driver’s friends, family as well as his entire motorsports clan. In lieu of flowers, the Pace family has also asked that donations be made to Wounded Warriors or Alzheimer’s Research in his name.