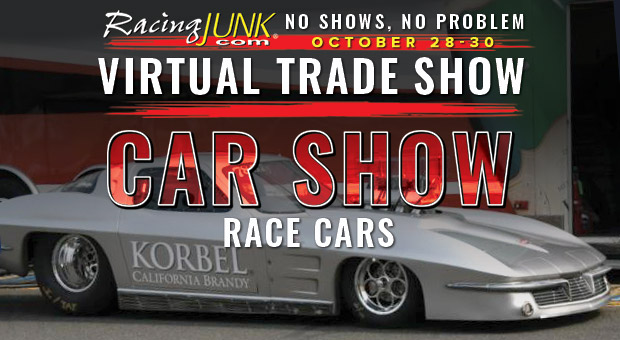 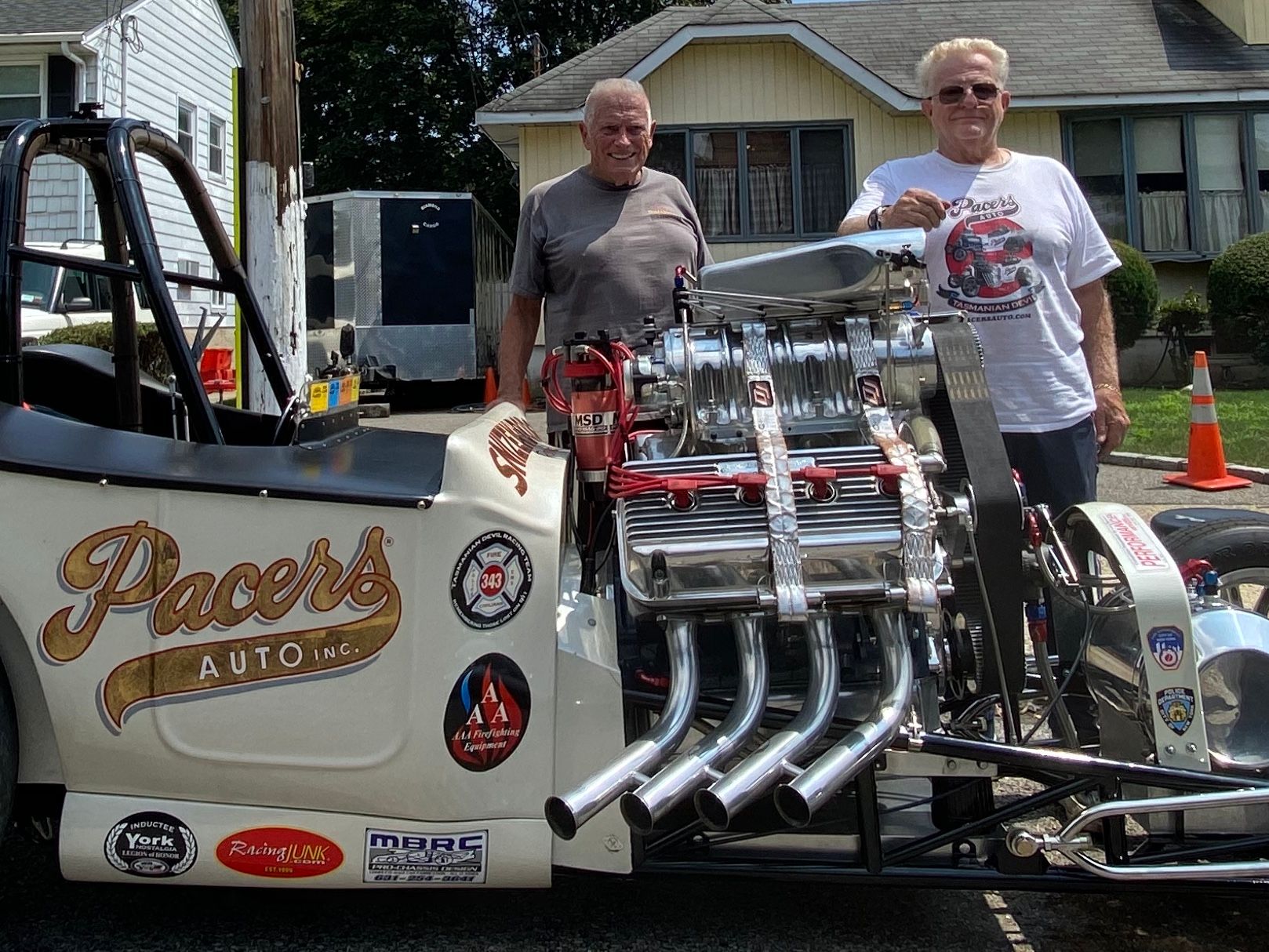 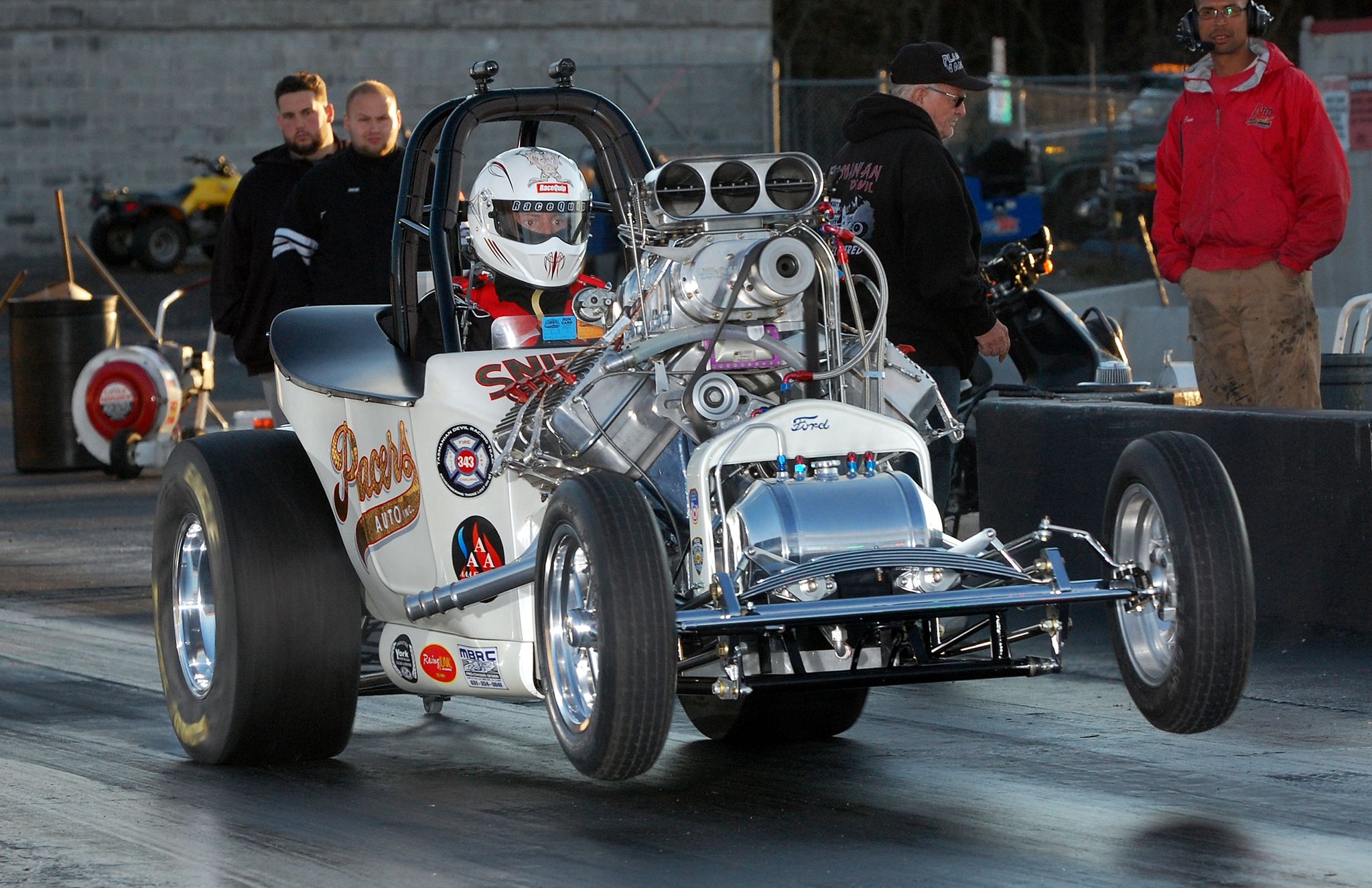 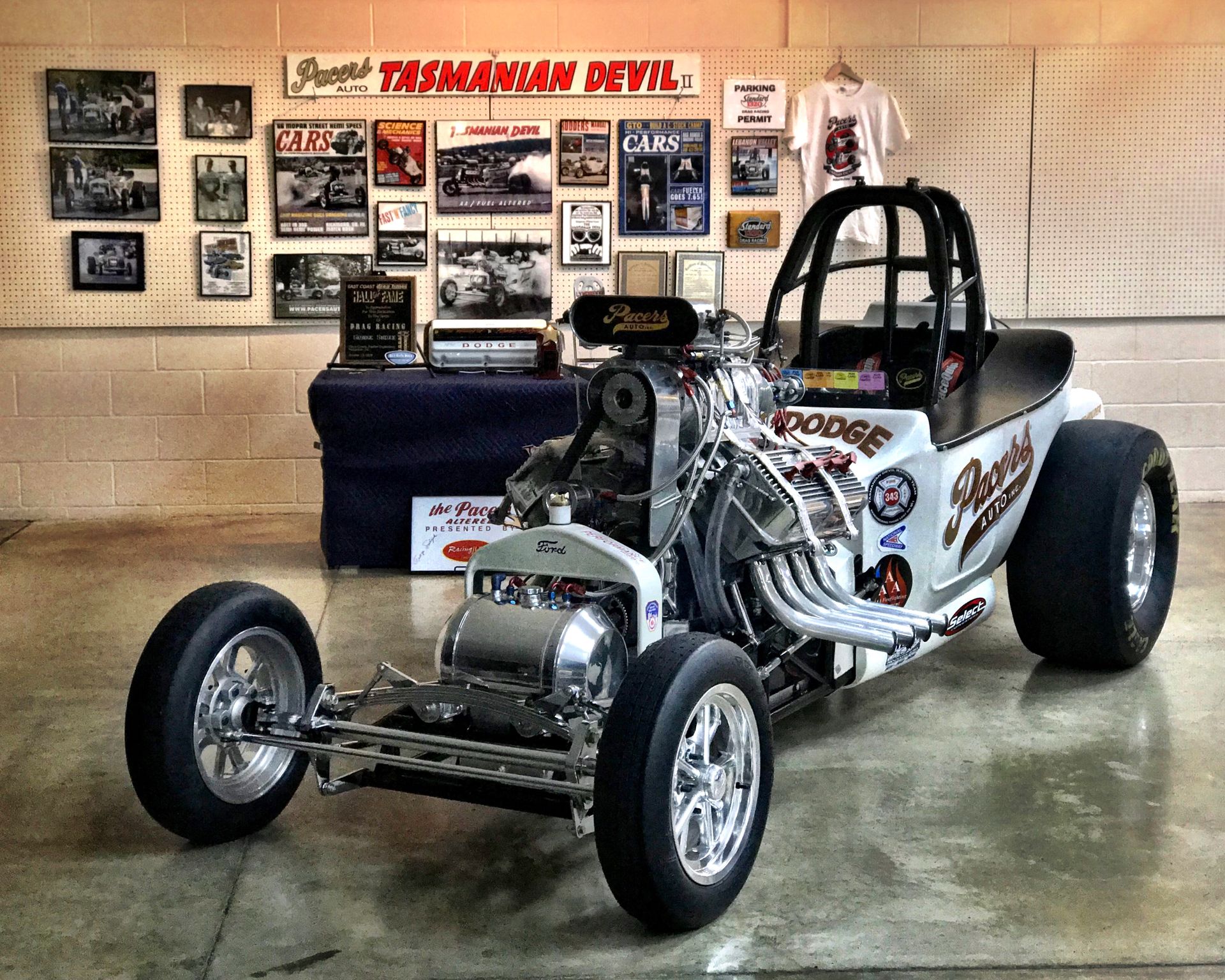 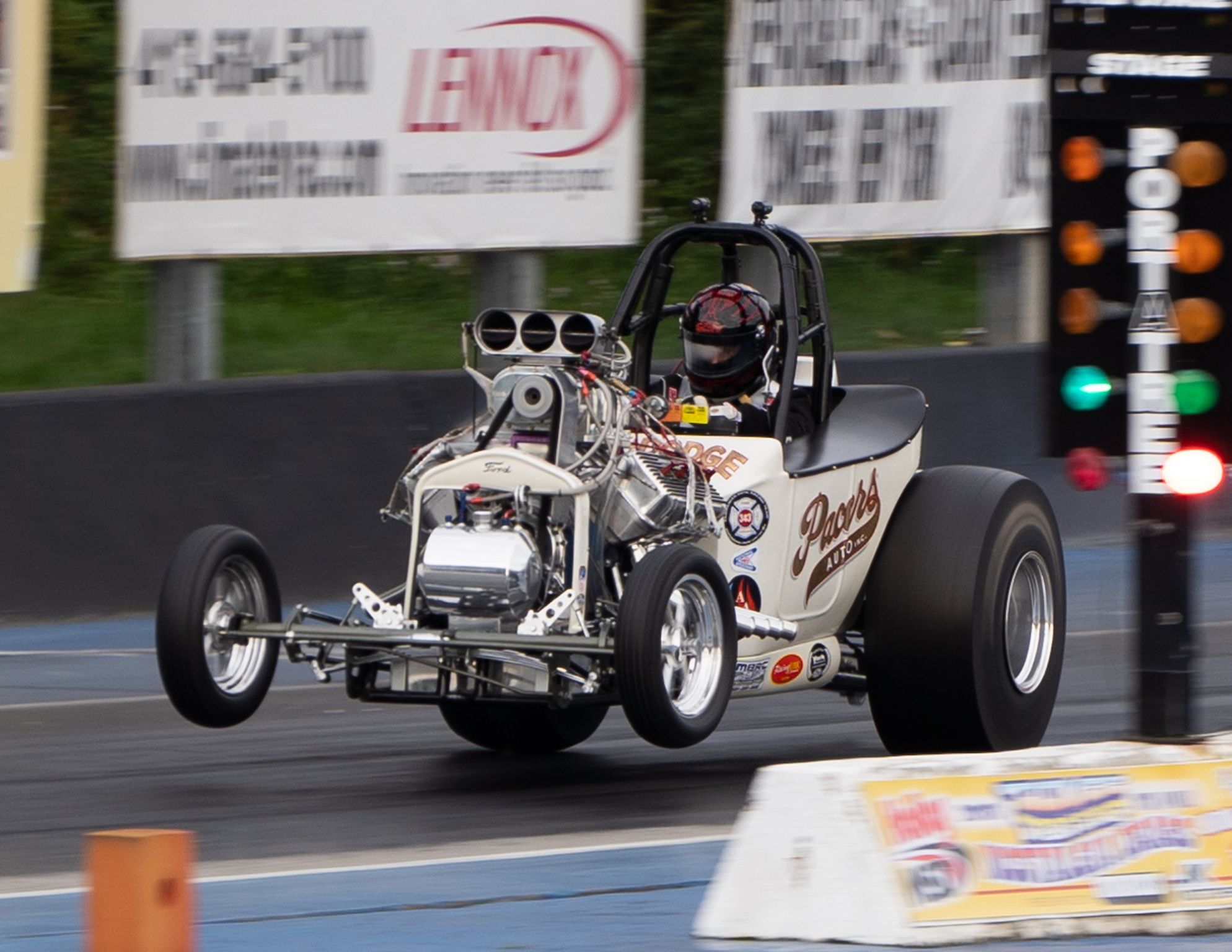 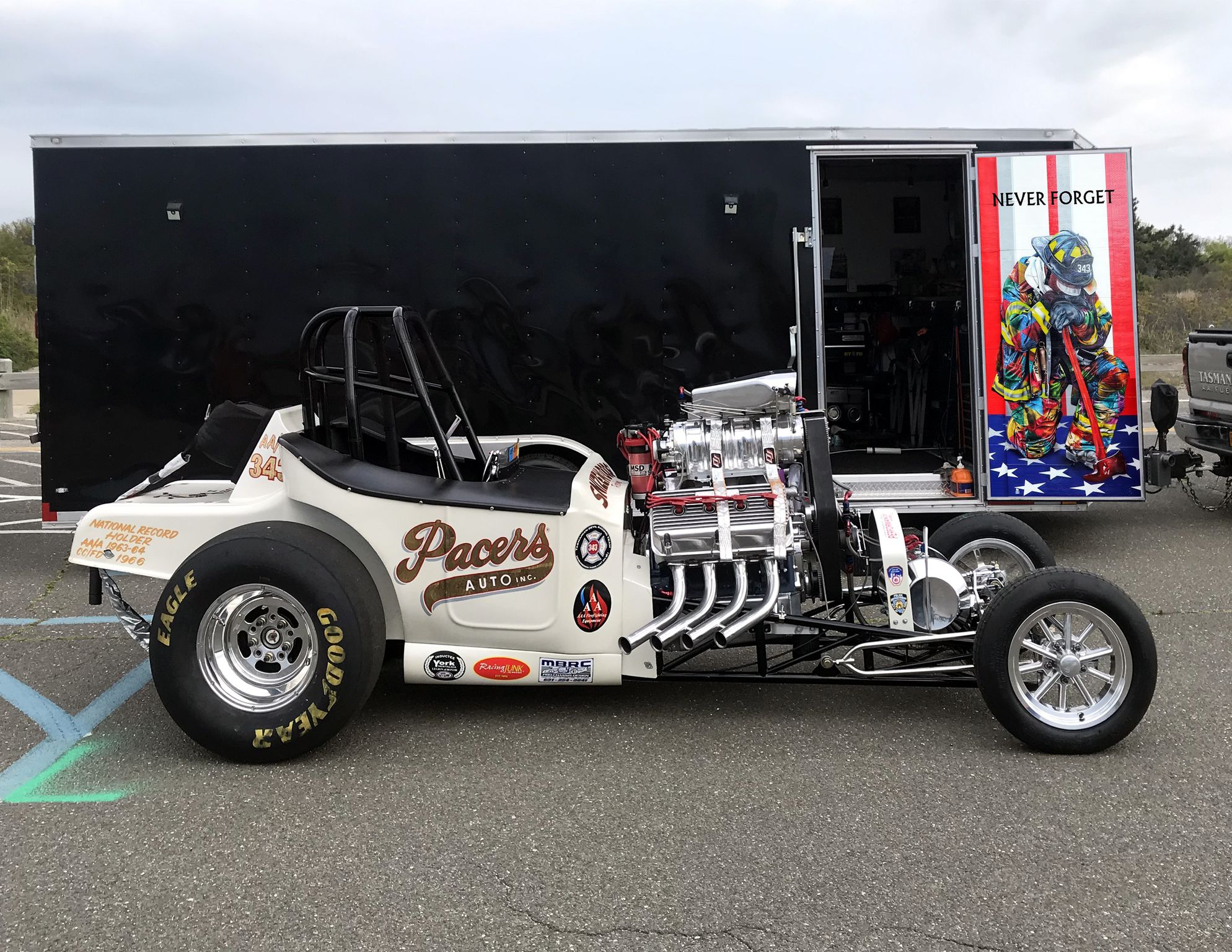 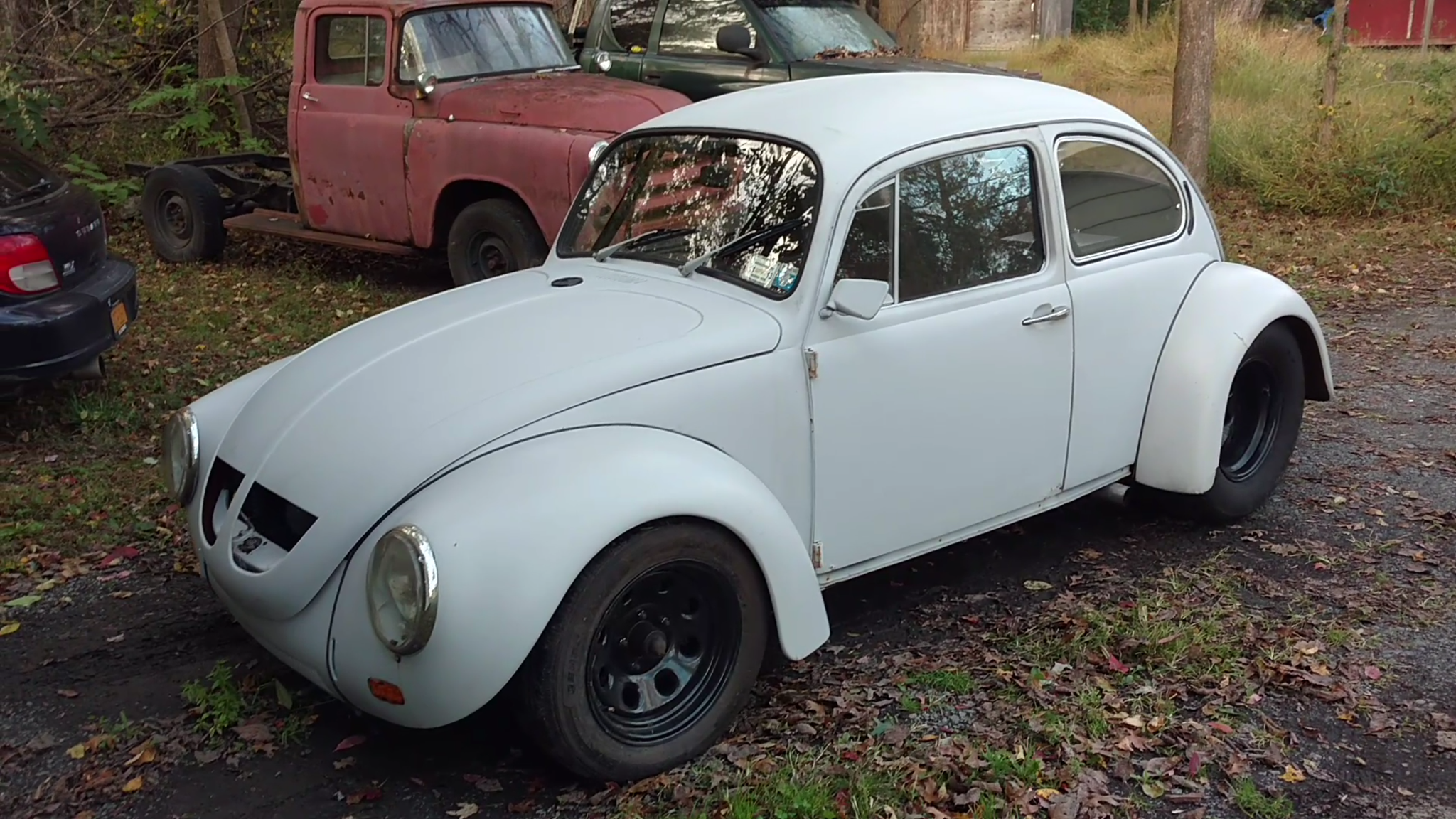 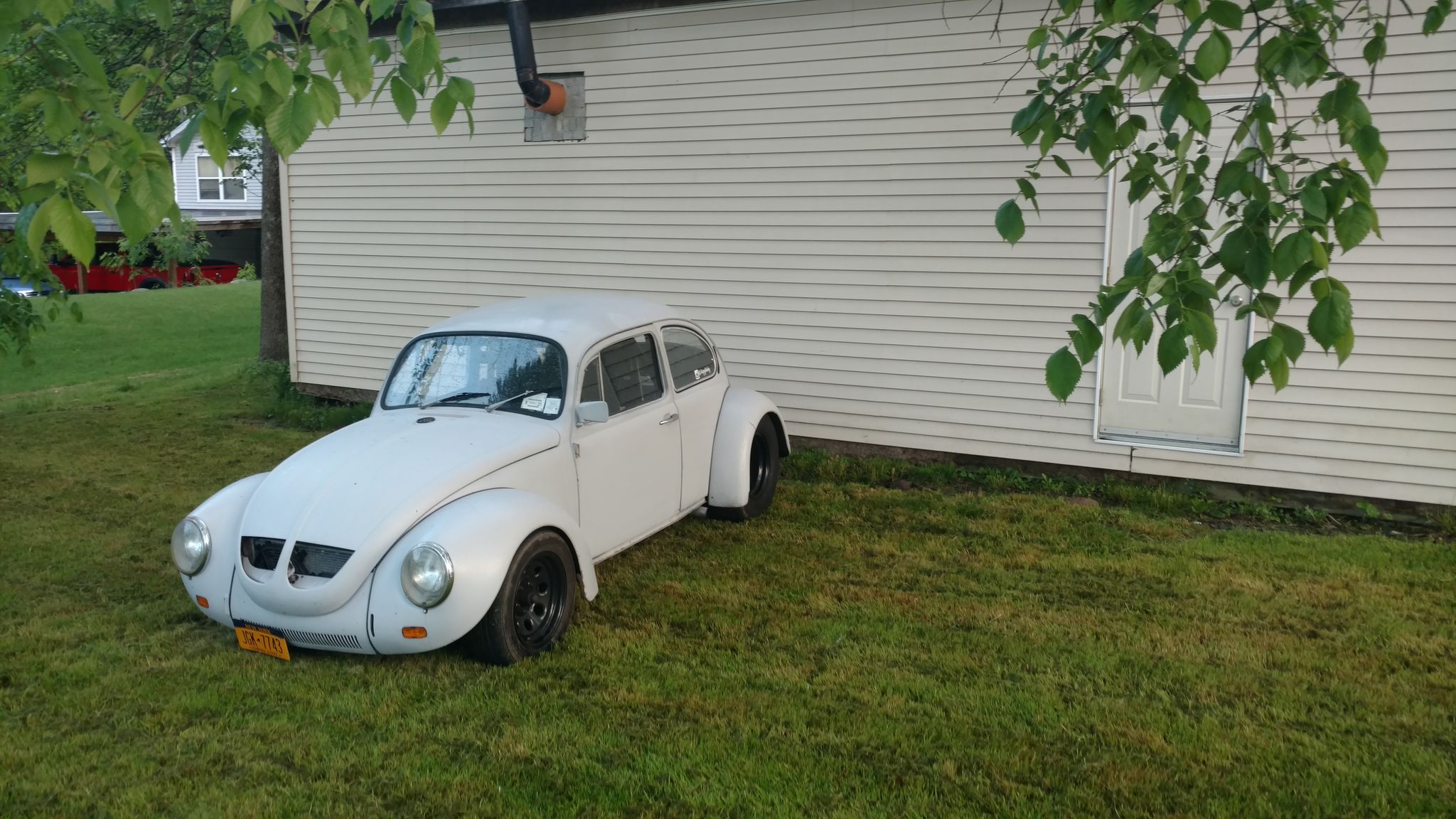 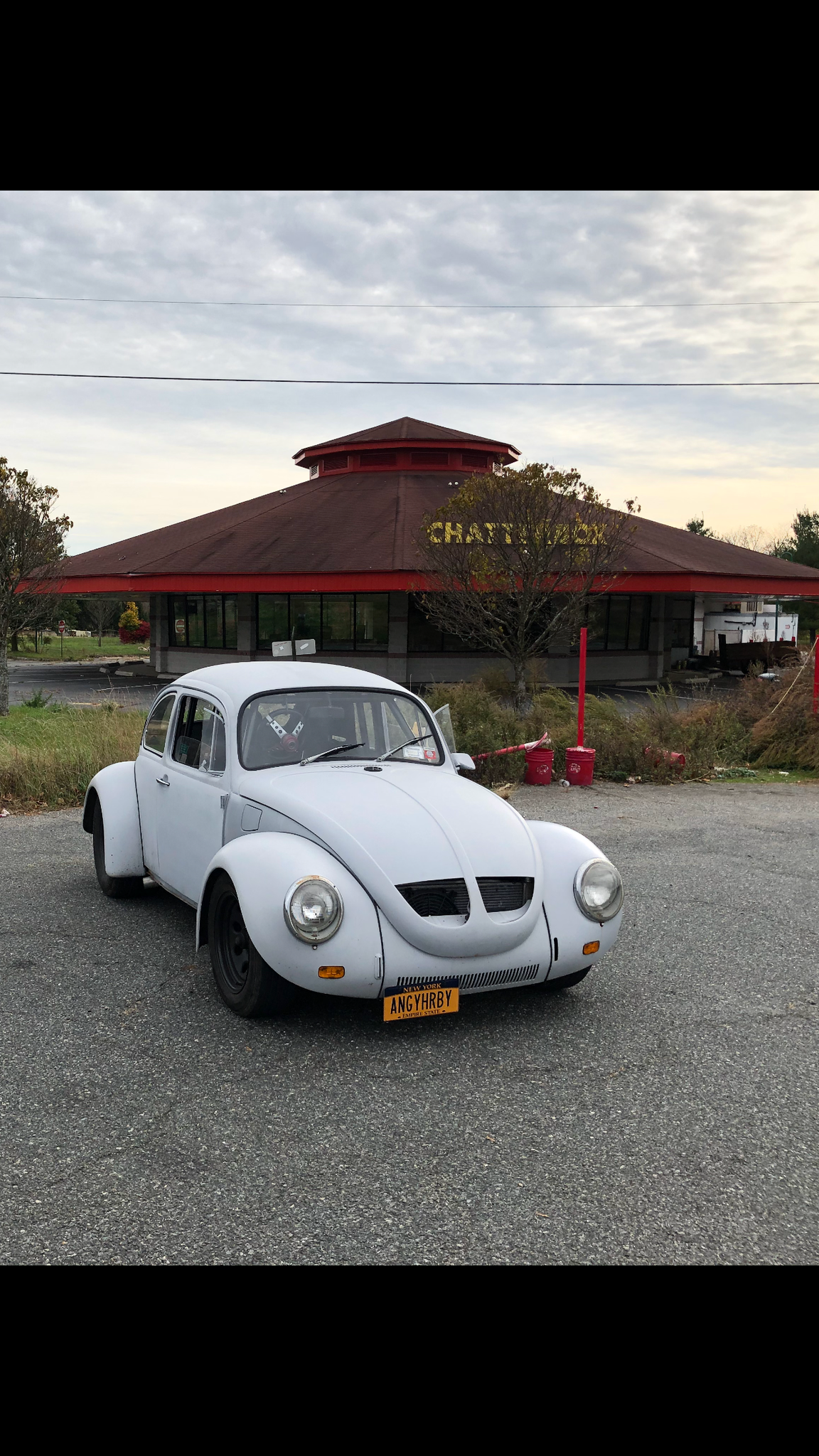 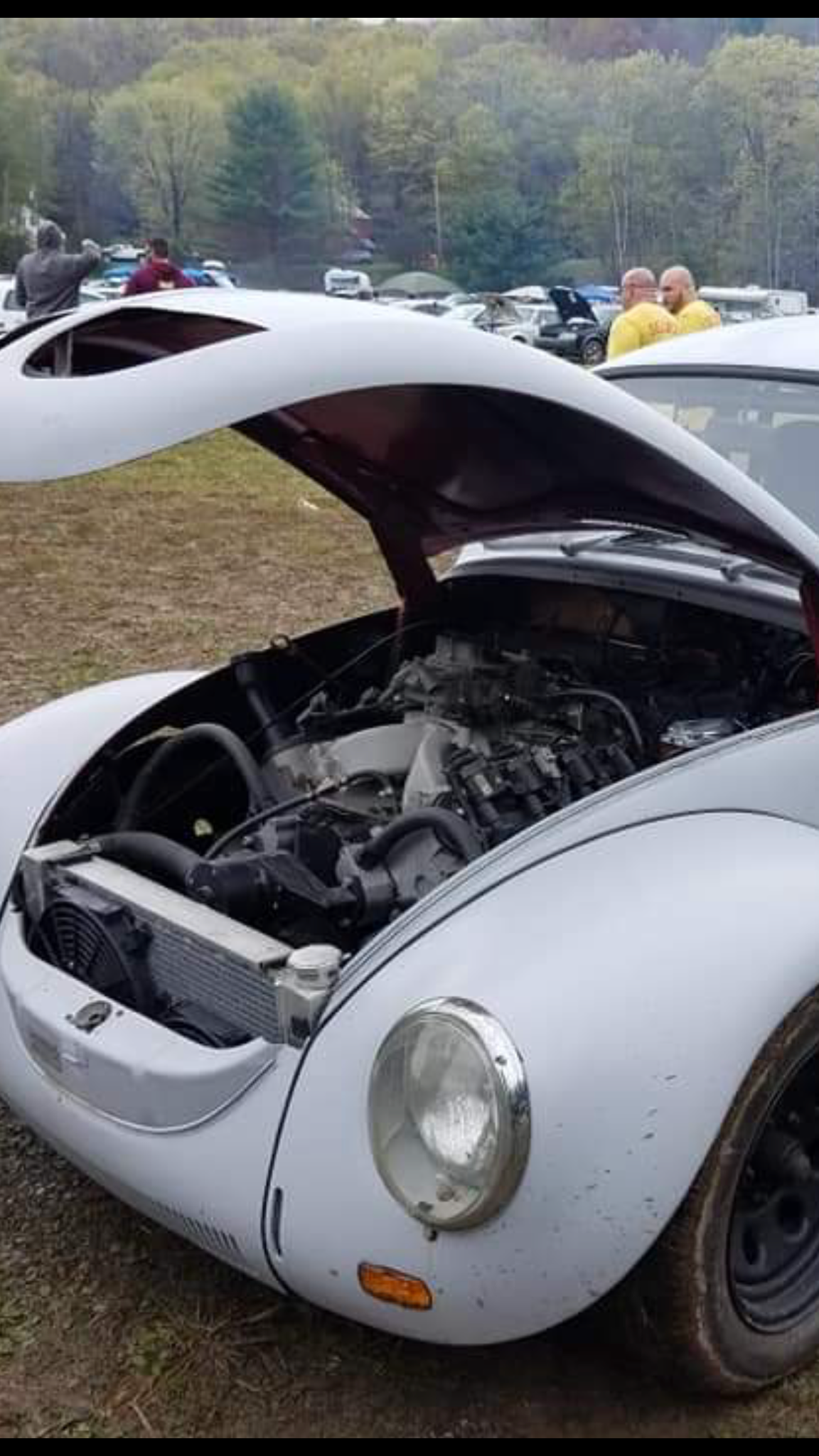 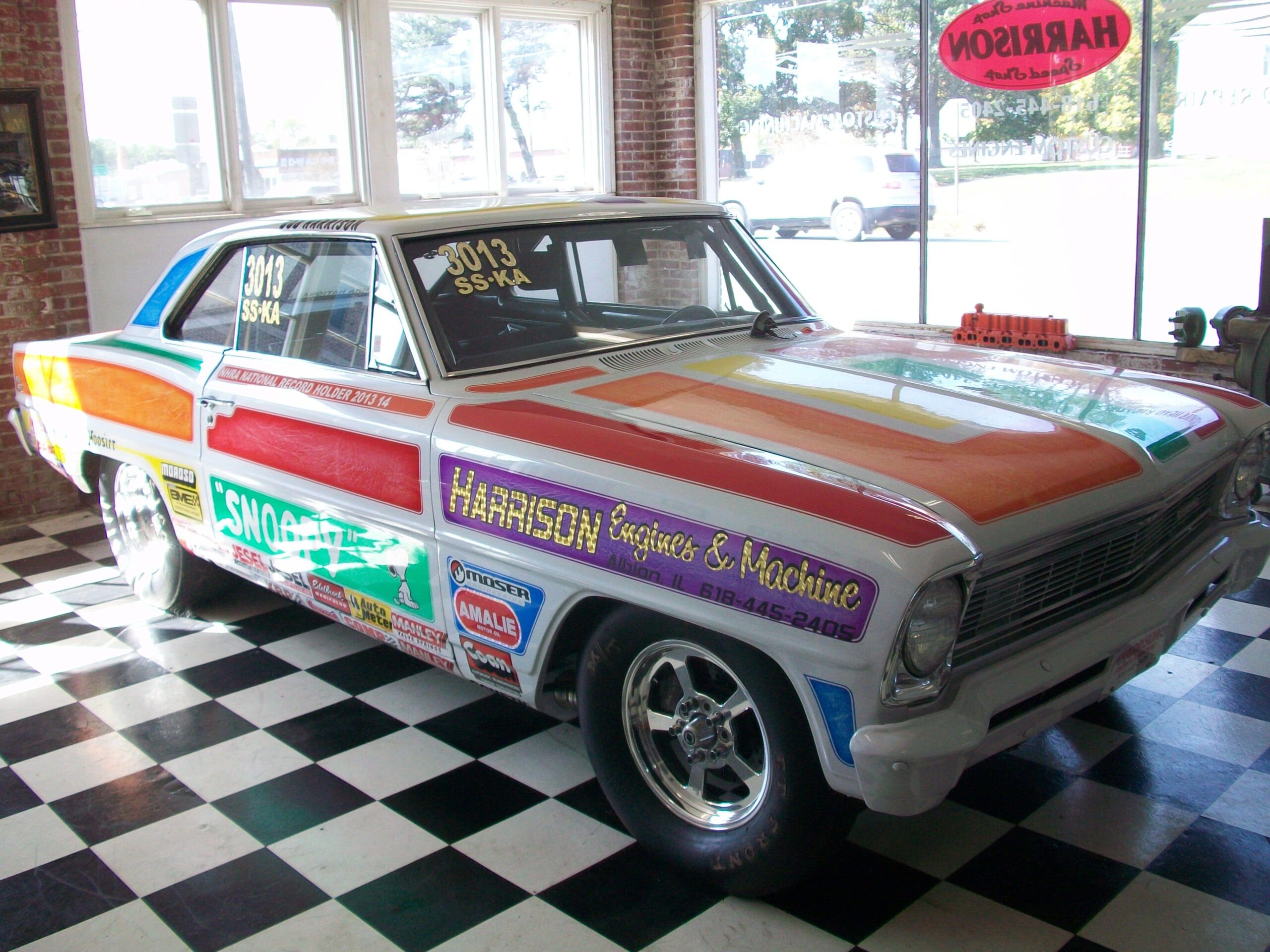 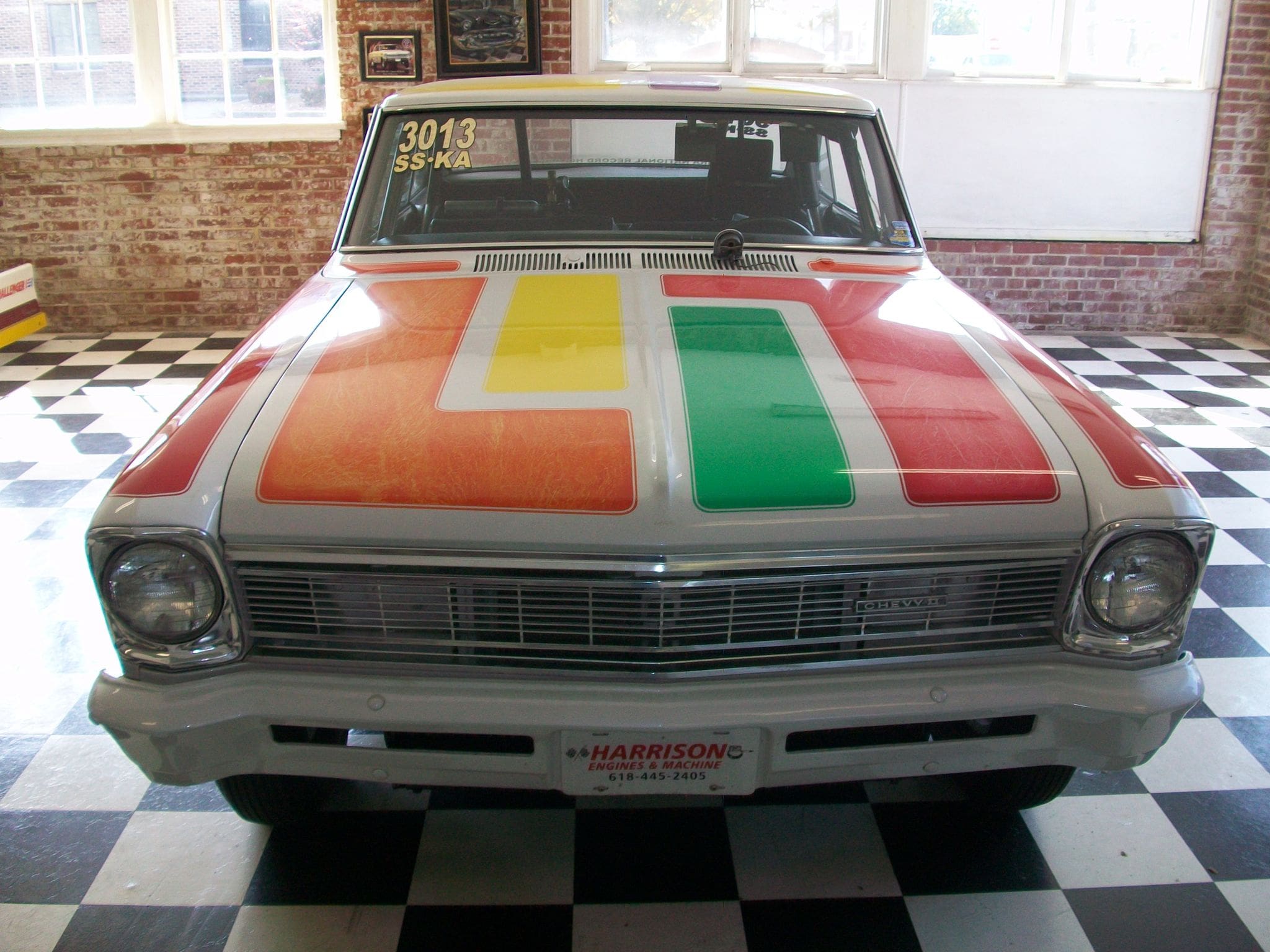 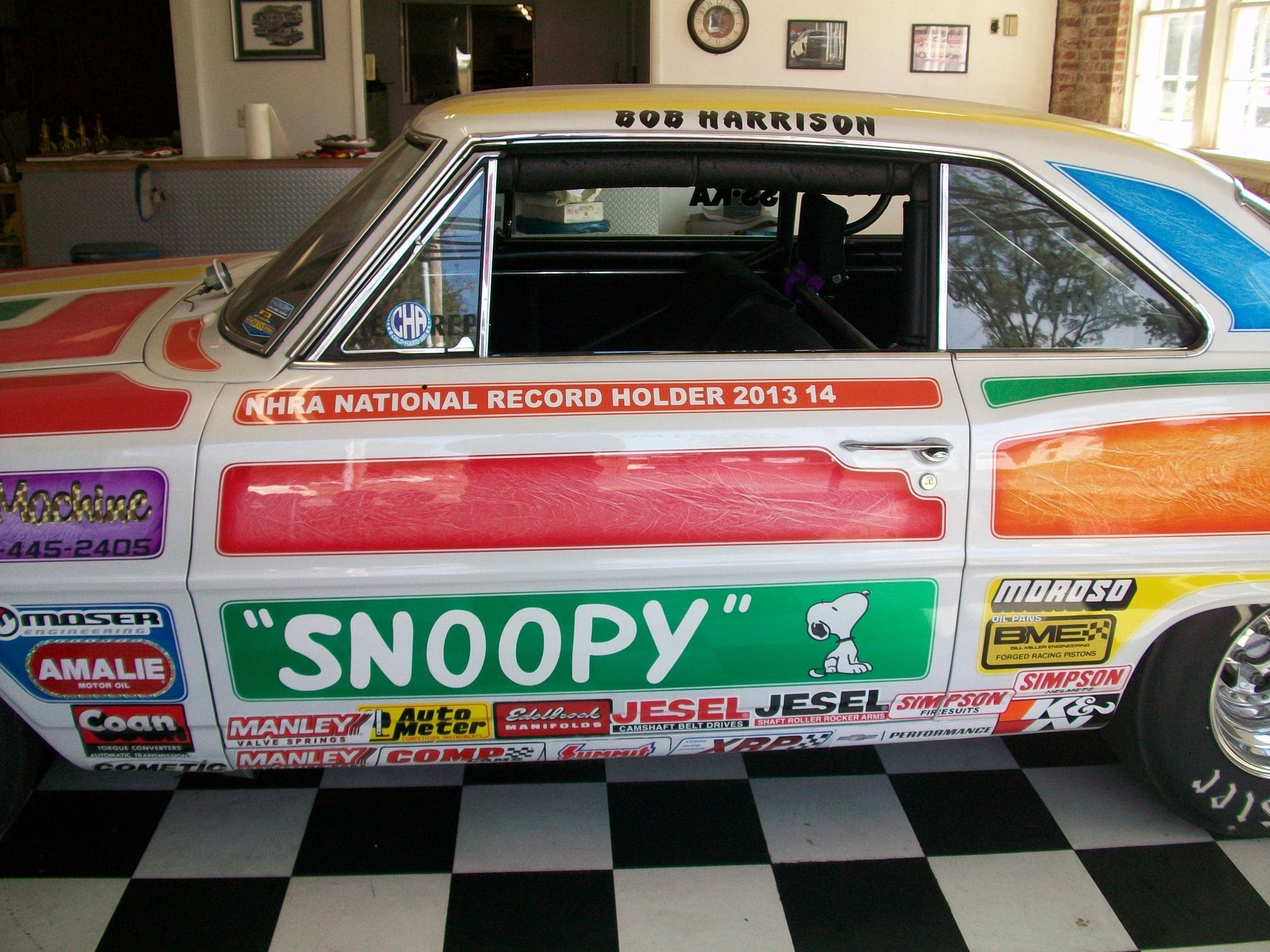 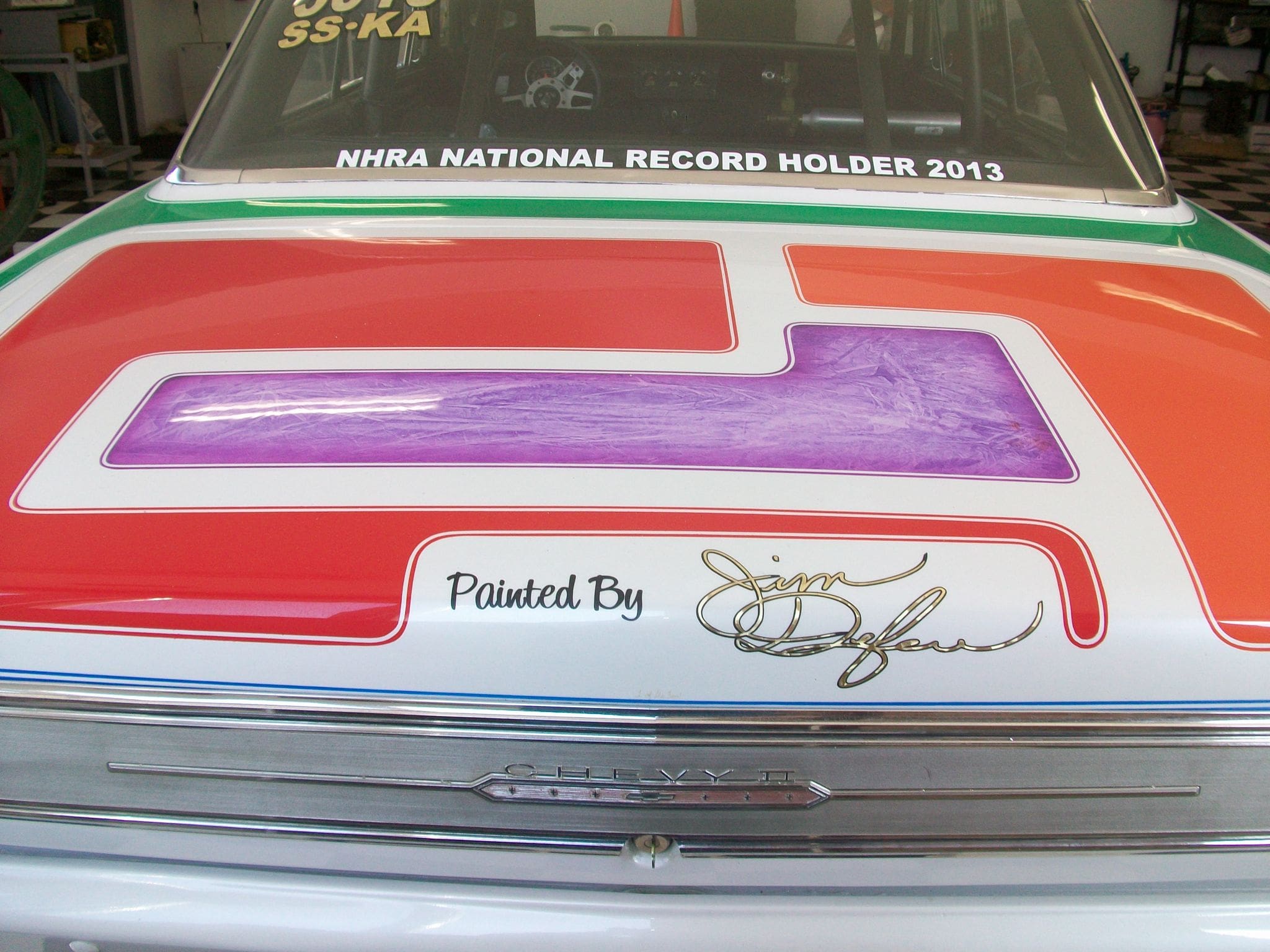 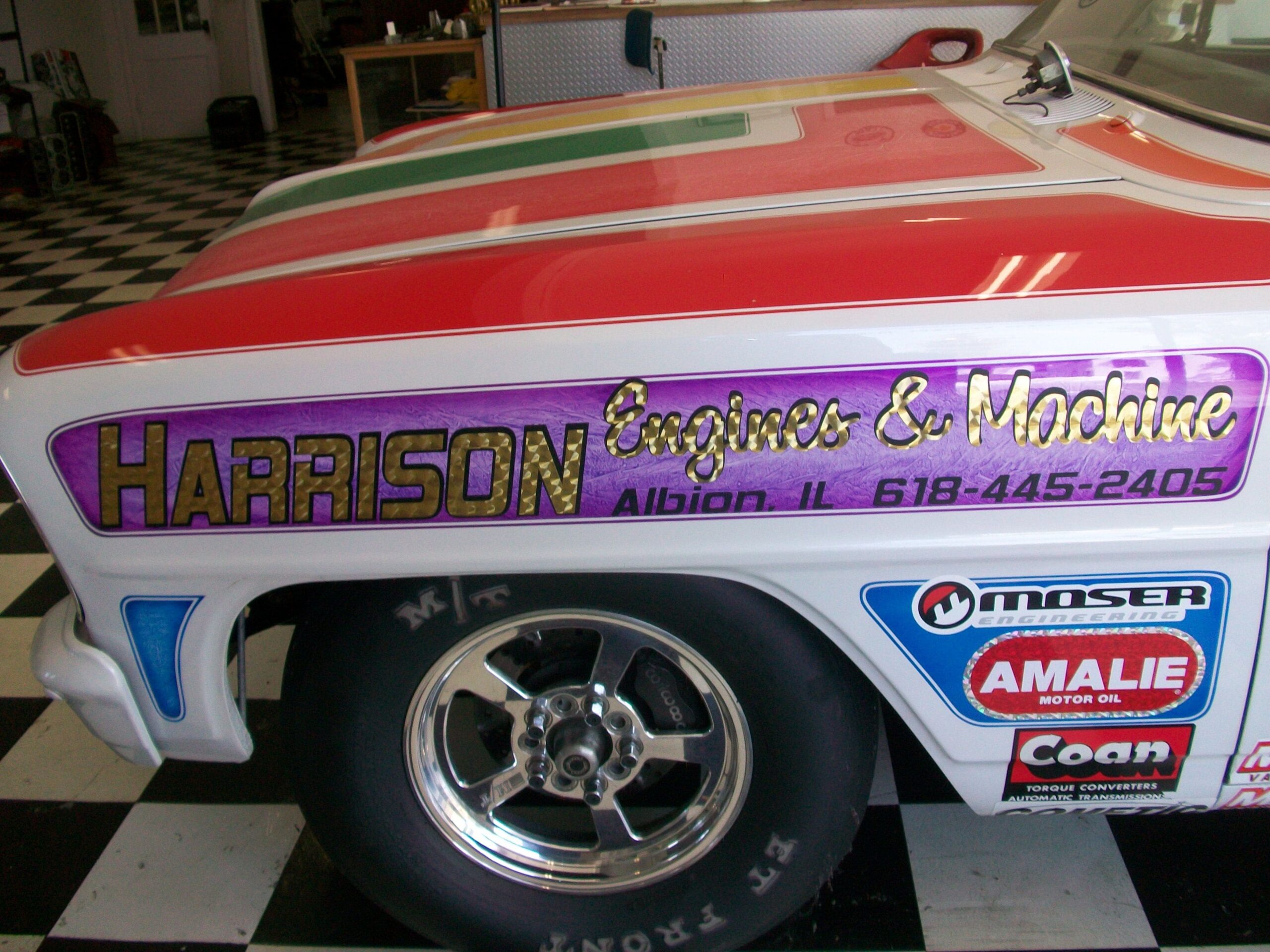 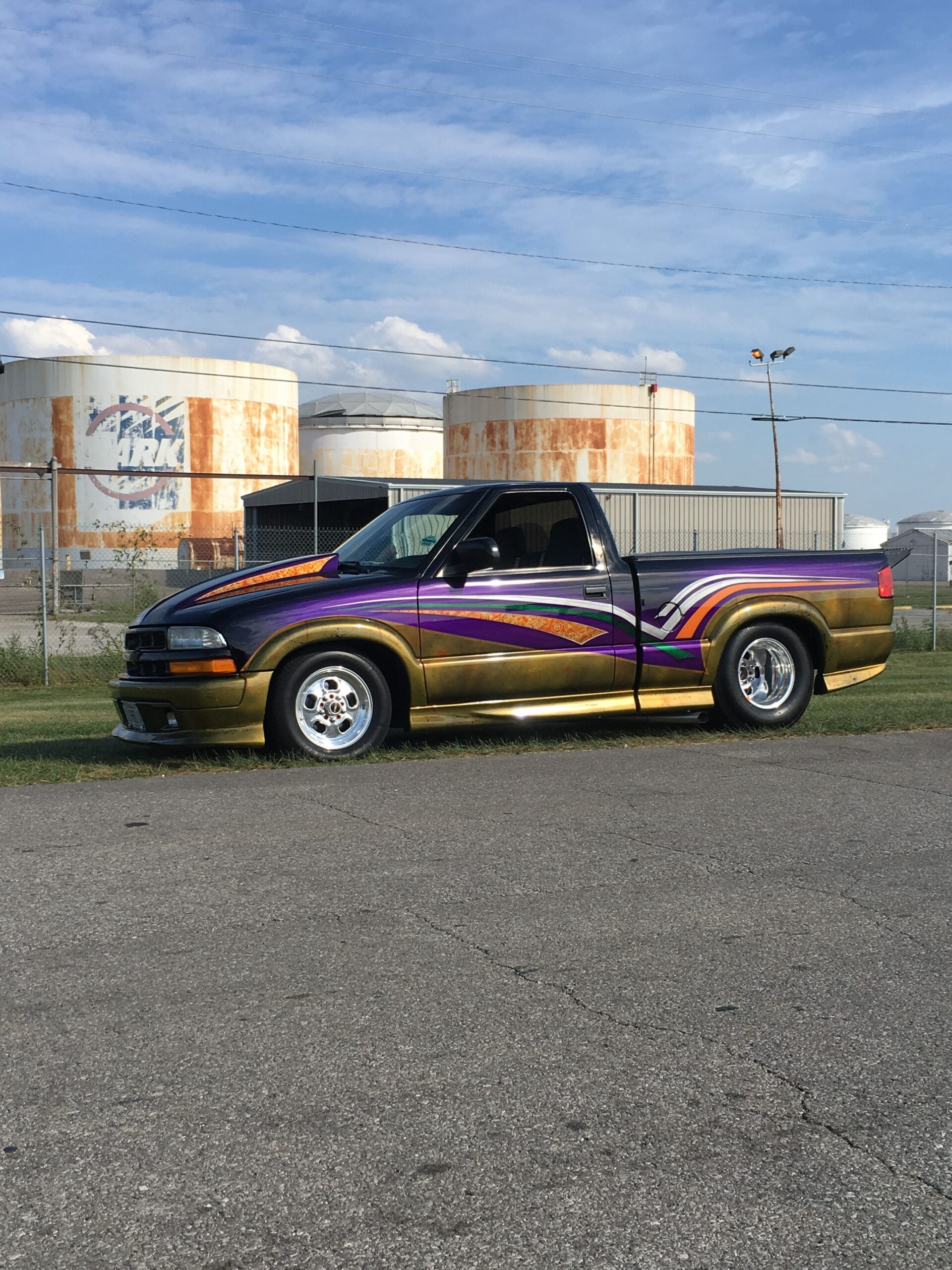 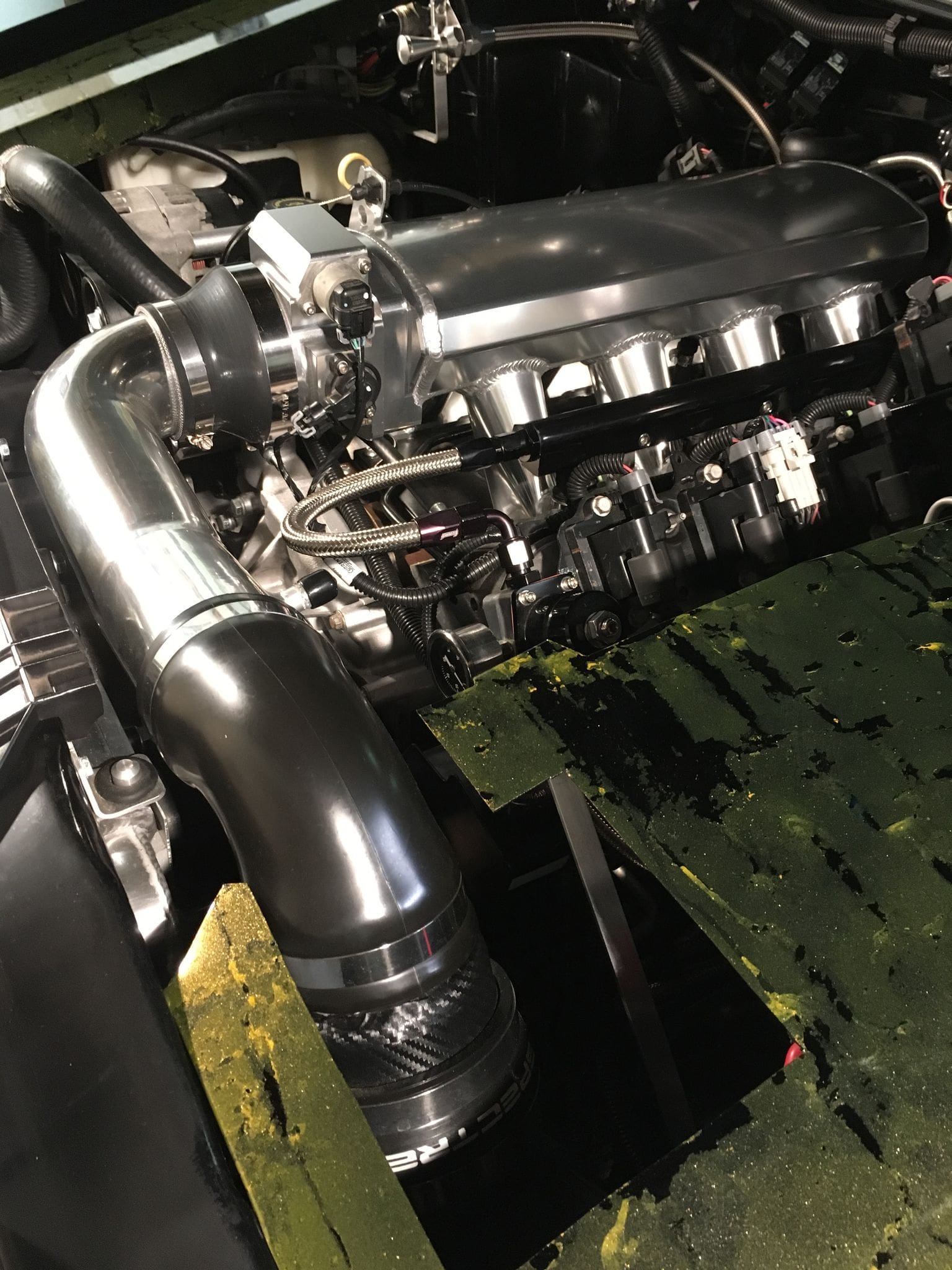 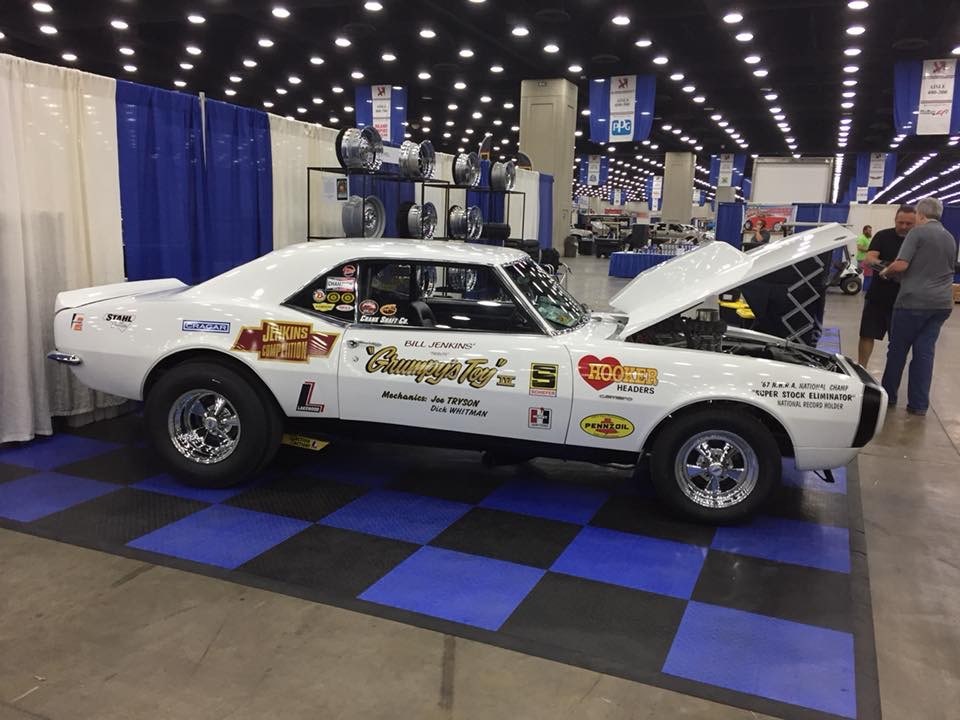 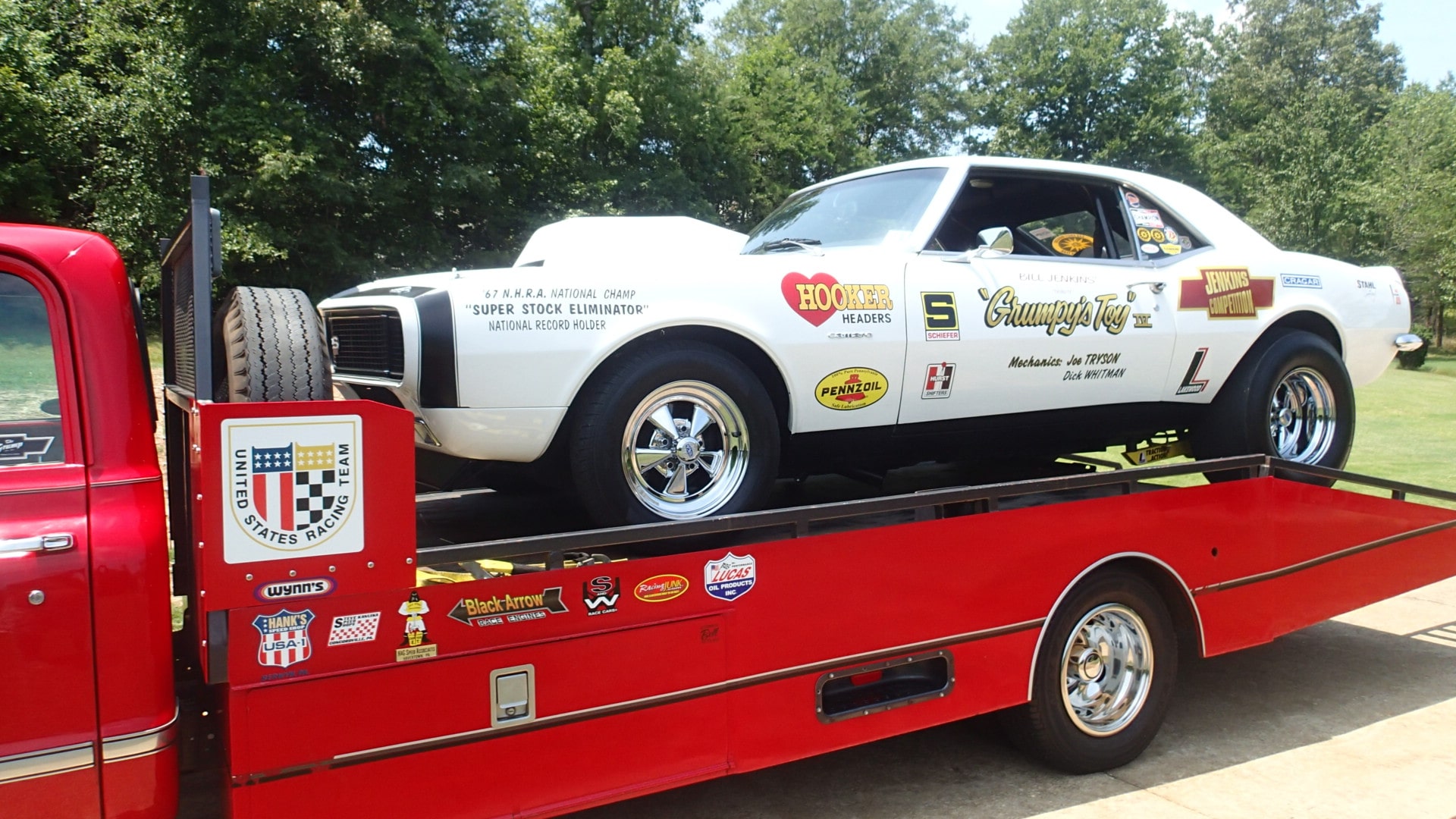 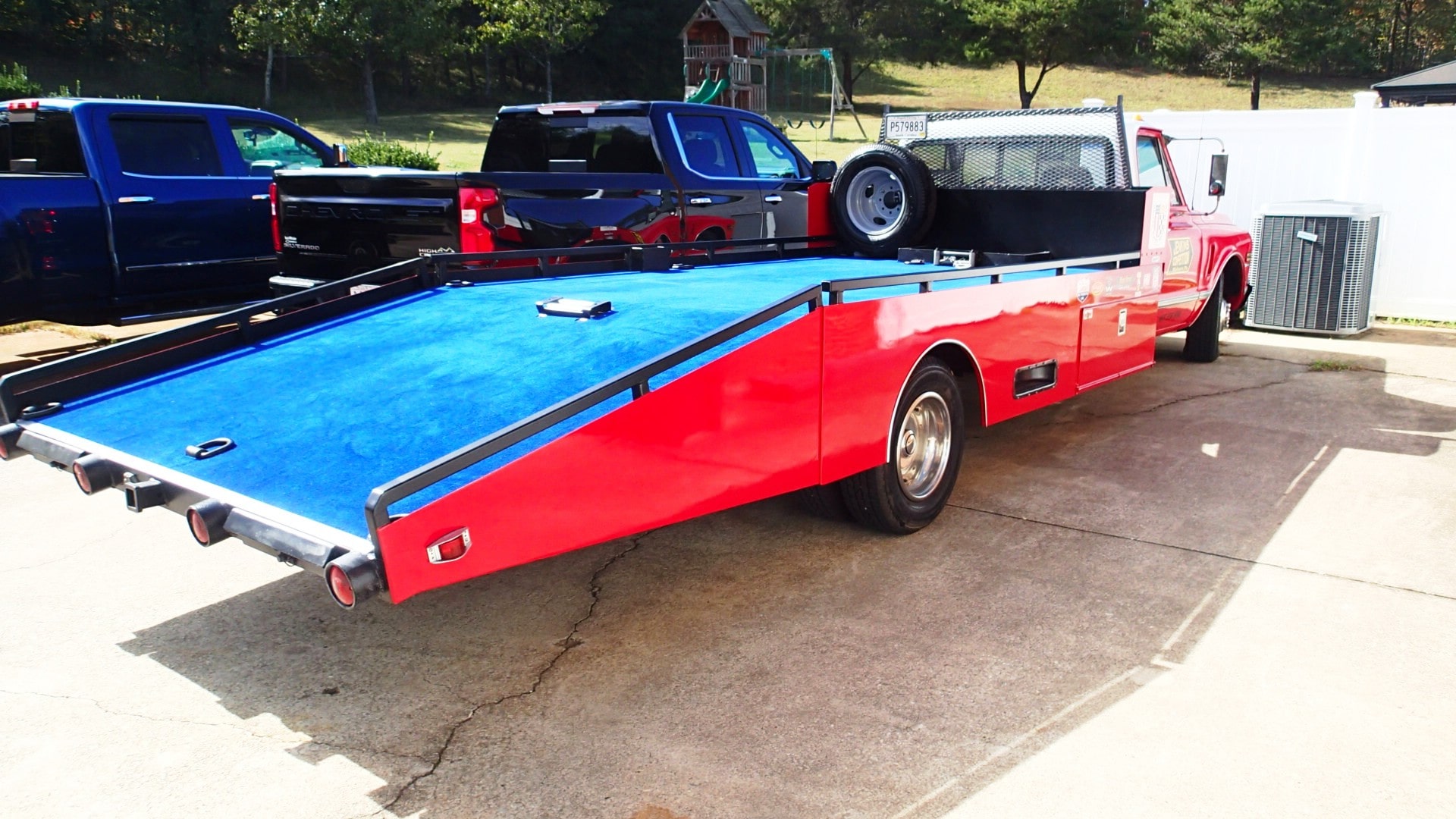 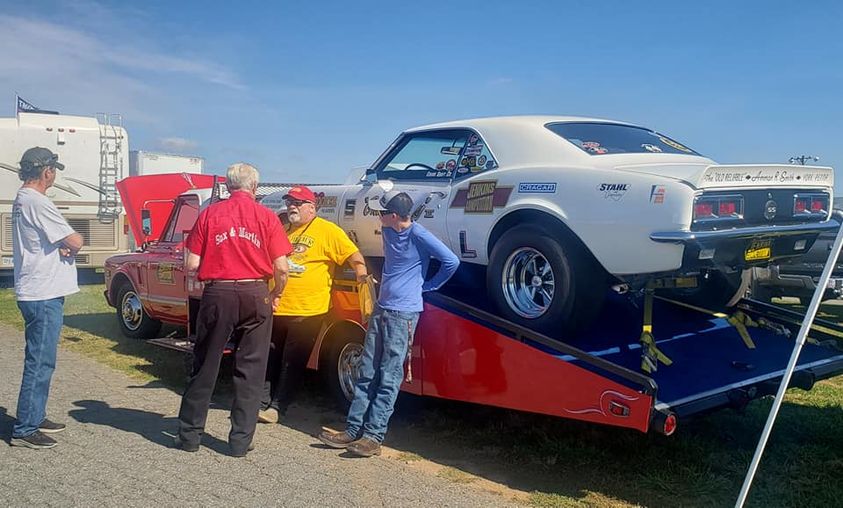 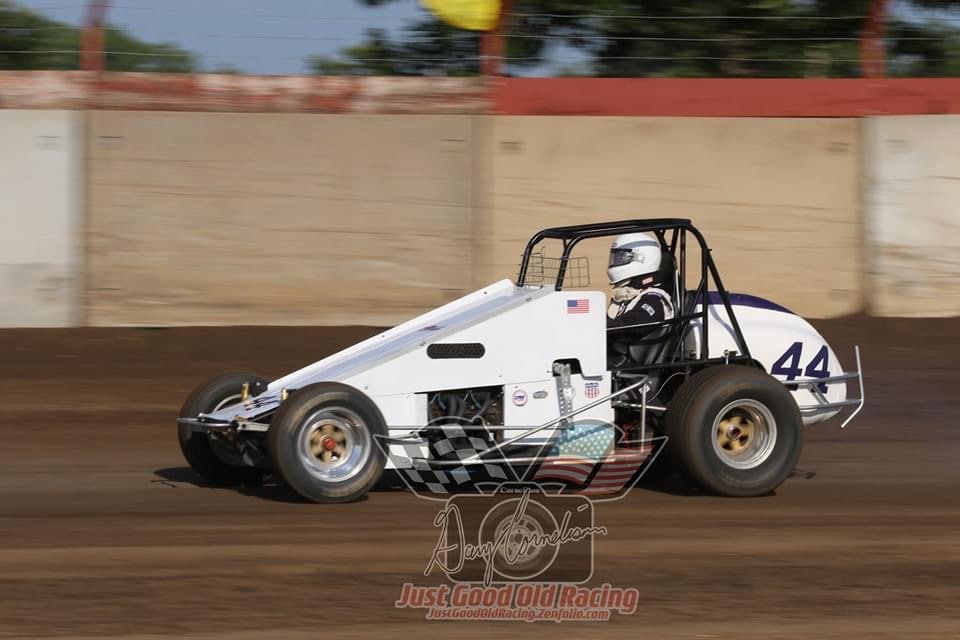 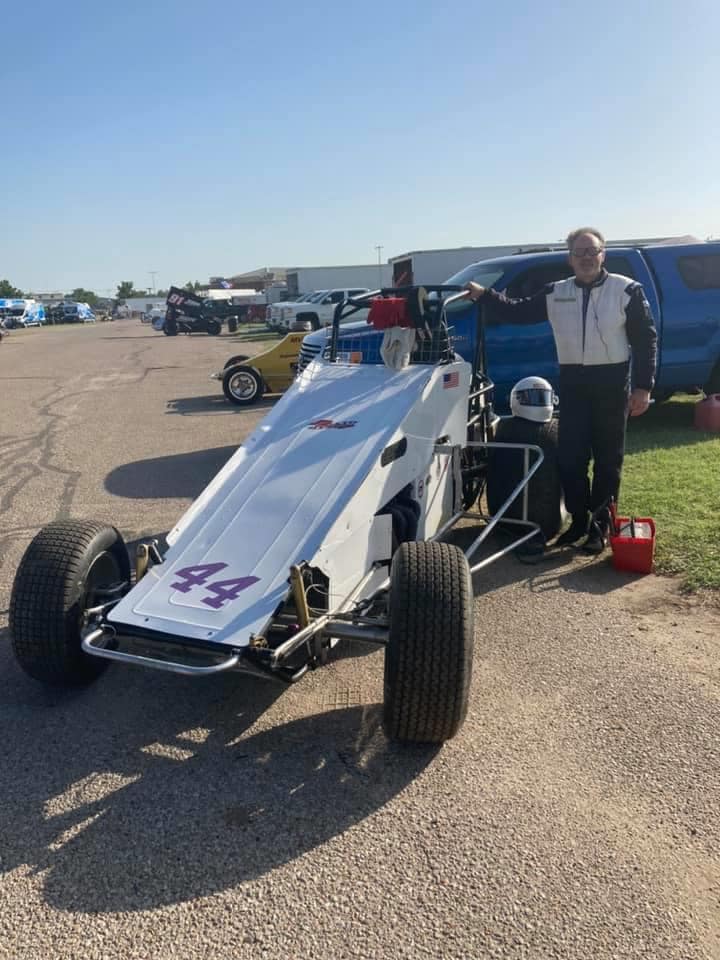 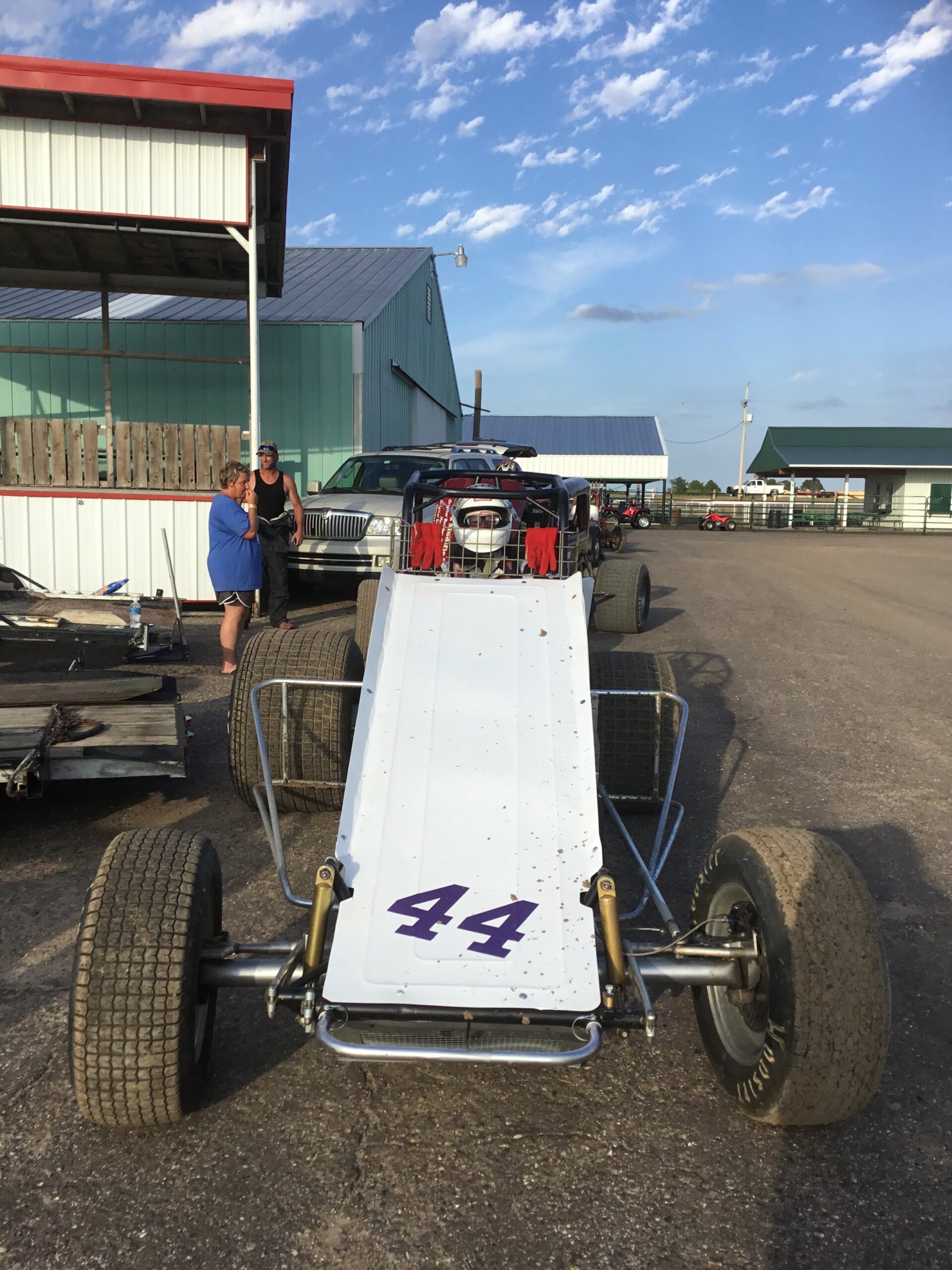 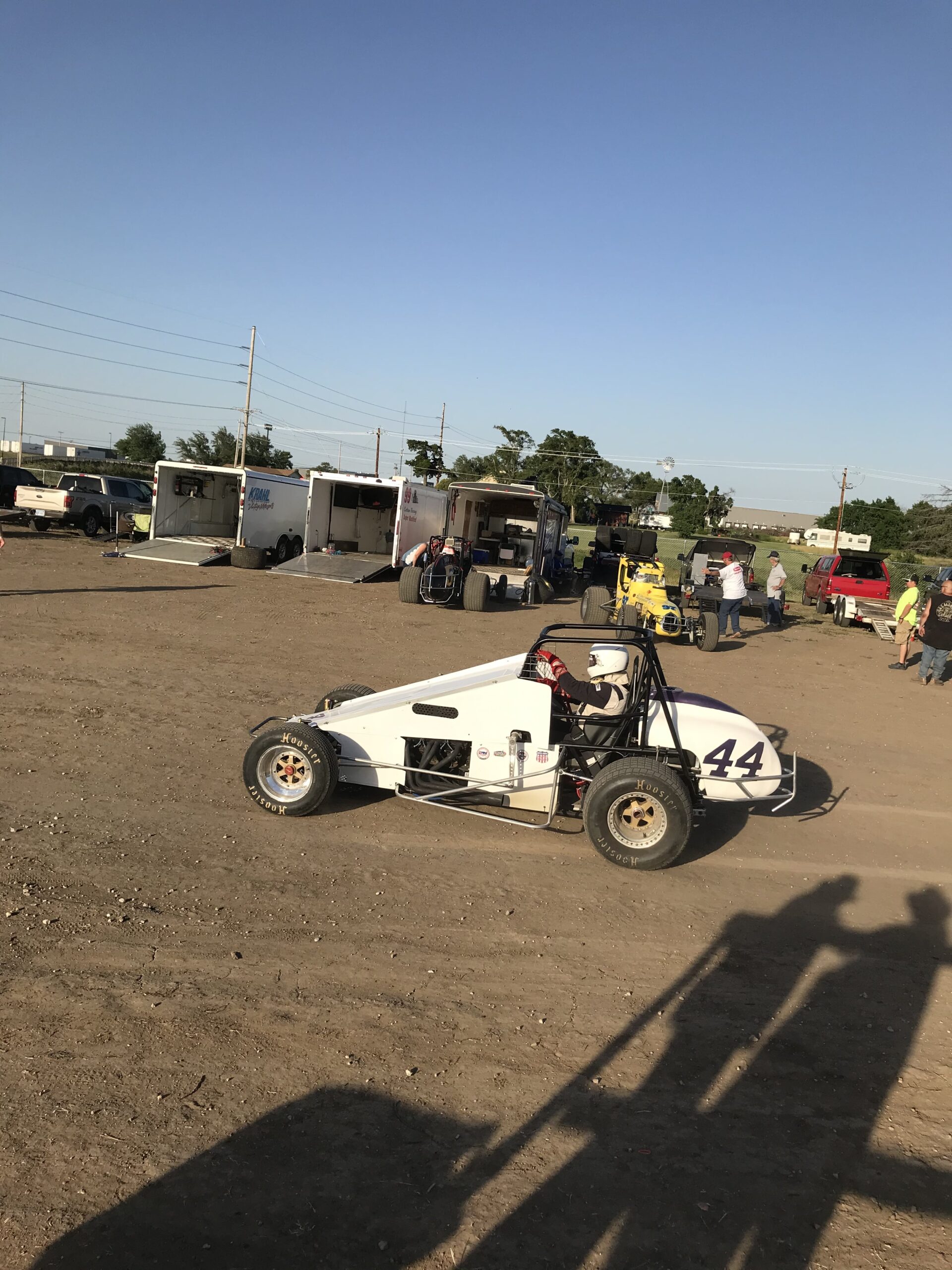 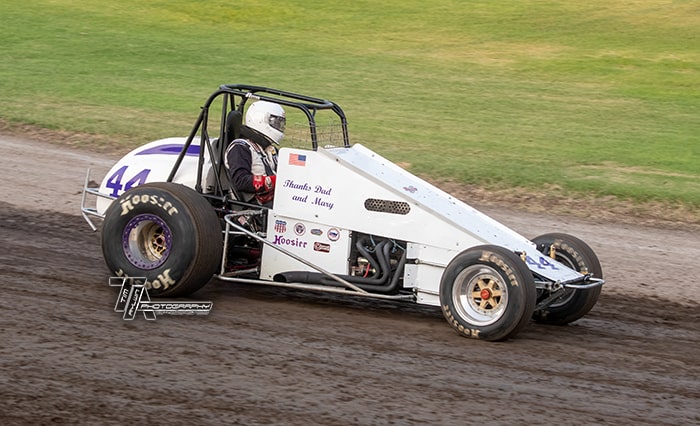 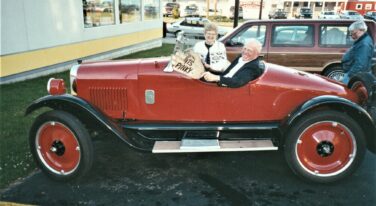 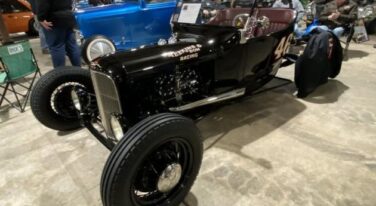 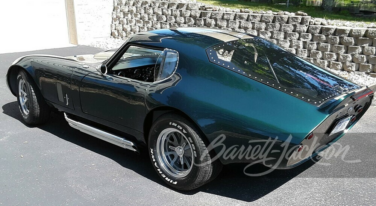 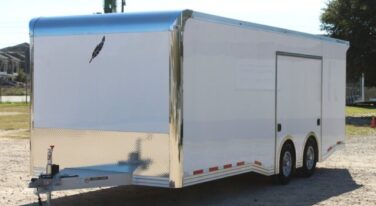 Trailer Tuesday: 2022 Featherlite 4410 24′ Enclosed Car Trailer for $39,795
Click Here to Begin Slideshow
1958 Supercharged Chrysler 392 Hemi Engine. Custom Ultimate VascoGlide tranmission by Mike's Transmissions.
The Pacers’ Tasmanian Devil II Fuel Altered was recreated a few years ago as a Tribute to The Fastest and The Fallen. A retired policeman and firefighter named Jerry Joaquin in AZ built it as a cackle car in honor of the well-known 1960's record holding car of The Pacers' Snizek & Dodge Racing Team. It was a way that he could use the concept of racing as a way of remembrance of both the original team and the heroes that were lost on 9/11. After Jerry raced it for a few years out West, the car has come back to Long Island and is now owned by George Snizek, the co-founder/driver and last member of The Original Pacers Auto team. His son Scott drives it. Dennis Quitoni of Performance Services is the crew chief and tunes the car being that the late great Charlie Dodge passed away in 2002. Charlie, George and fellow Pacers team members, Otto Qualliotine and Ken Braun, were inducted into the East Coast Drag Times Hall of Fame in 2008 and George, Charlie and Dennis were all inducted into the National Nostalgia Drag Racing Association's Legion of Honor. Taz II is a 1923 T fuel altered powered by a supercharged 392 ci Chrysler Hemi just like the original. The Tribute conjures up memories of the original anytime it does it's long smokey burnouts at nostalgia races around the country and consistently runs in the mid eight seconds in the quarter mile. It proudly wears the Snizek and Dodge name on its cowl and the number 343 as a reminder of the firemen lost on 9/11.
5.3 LS V8 with a 650 double pumper carb, th350 transmission, sitting on an s10 frame. Ford narrowed rear with 3.73 gears, mini tubbed, ladder bar suspension with coilovers, 8pt cage, custom fiberglass dash, and wider fiberglass fenders. Currently in the 12’s leaving the line off an idle, line lock, 2 step, Mickey Thompson 325 Et streets. Multi award winner at multiple car shows!
500 HP 283 Engine. 3 Speed Automatic Transmission. Been racing this same car for 45 years. Many time class winner and record holder in NHRA Super Stock. We build Super Stock and Stock engines at Harrison Engines and Machine, Albion, Illinois. From Chevys to Hemis. Also, Rochester 4GC Race Carburetors.
Modified Iron Block LS Engine. Upgraded 4l60e transmission. Pro Street, modified chassis, and drivetrain, all by owner. Custom paint by Quints Kustom Kolors
1981 Nance Champ Car
355 Chevy Engine
Clutched direct drive

Restored over the last 3 years to run exhibition events with the Kansas Antique Racers. Nance Speed Equipment in Wichita, KS built open wheel race cars from the 60s until around 1990. Cars like this ran with the USAC Silver Crown Series and in the 80s in an NCRA champ car series. I have no real history on the car, but I found it in a Racing Junk add in 2016.
Back to Post